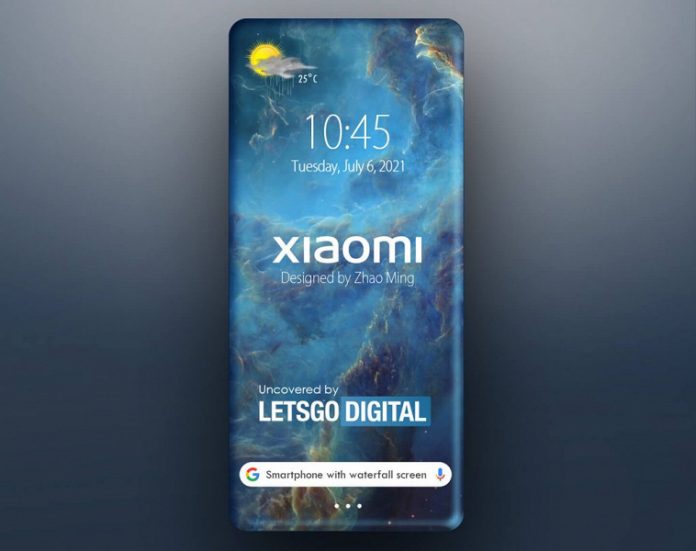 Remember the Xiaomi Mi Mix Alpha smartphone that caught the tech world’s attention back in late 2019? Well, there is a new design concept out there and it looks just as good as the phone that never made it to the market.

LetsGoDigital has uncovered a new design patent that could be a preview of the company’s smartphones in the future. The design patent was reportedly filed in China this year with eight sketches.

One of the sketches that tech sites are talking about is the one that shows Model B. This sketch shows a device similar to the Xiaomi smartphones of now. In the back, we see a similar design to the cameras of the latest releases. But the most interesting part is the front of the smartphone and the sides.

The front is completely all screen just like some of the concept phones we’ve seen in the past. The screen curves to the sides though, making this design look even cooler. This kind of reminds us of the phones Samsung had back in the days with the Edge variants. But something like this would obviously be more interesting since technology has gotten much better since we last saw those devices.

The sketch also shows no buttons and the front camera appears to be inside the display. LetsGoDigital has even taken the time to make a render of the device seen on the Model B sketch.

This is not the first time a super cool idea from Xiaomi surfaces. In the last few years, there have been reports on all kinds of patents and rumors on what the company might have in the future.

In 2019, the company itself revealed the Mi Mix Alpha. The concept smartphone was shown with a wraparound display. The concept was unlike any other and would have for sure been a unique release if it hit the market. Unfortunately, the device was first rumored to be delayed and the company later clarified the situation, ruling it out completely.

Xiaomi has other cool ideas that might be even closer to hitting the market. There are numerous rumors on the next Mi Mix release and other foldable phones. The Chinese giant launched its first foldable back in March.