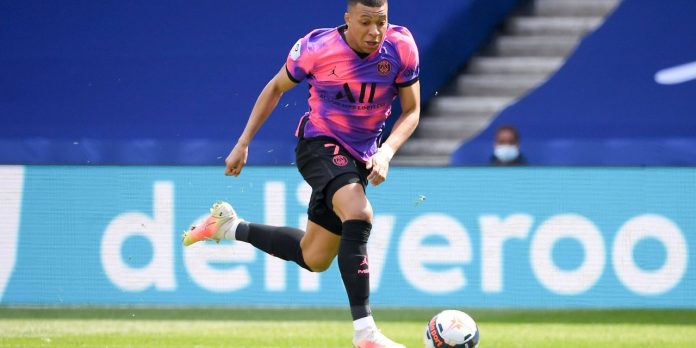 The 2021 – 2022 football season has not started but there is a lot of talk about the free agents that will be available after it is over. This year’s free agency lineup was pretty interesting and several superstars joined new teams. But the upcoming lineup appears to be even better. Brfootball has posted a picture of the free agents for 2022 on Instagram and this lineup is good enough to start on its own. Here are the names that could be available once the season is over:

Goretzka is an important piece of the club and it is not surprising to see that there are already reports of him looking to extend his contract. The star midfielder won the Champions League last year and Bayern likely wants him to stay for many more seasons. Not too long ago, there were reports that Manchester United were interested in signing the midfielder. But Bayern Strikes and others report that he is determined to stay, with the negotiations currently being complex at the moment because the player recently introduced a new agent.

He has reportedly told Manchester United about his intentions to extend his contract with the German club. Goretzka joined Bayern back in 2018 as a free transfer.

Eduardo Camavinga could be a free agent after the season if the club and player don’t agree to a new contract. In recent months, there have been numerous rumors on where he could go next. There were also reports on the club offering a new contract to the star player. Now, other reports say the club is open to selling him for as low as 30 million euros.

Camavinga would cost much more if he had a longer contract. But it appears that the club is looking to cash in before the player leaves as a free agent. Several clubs are said to be interested, including PSG, Manchester United, and Arsenal. A recent report also mentioned that Bayern Munich are interested in signing the midfielder.

Paul Pogba remains one of the best midfielders in the sport. But rumors of him making a move to another team have been popping up for some time now. The star midfielder has been linked with other big clubs such as PSG, Real Madrid, and Juventus, where he played for some years after making a move from Manchester United.

A Pogba transfer would have to come soon or in January since he is set to become a free agent after the season. Letting him go for free after the club signed him in one of the biggest transfers of all time would be a loss for them.

Varane has been a huge piece in the title runs of Real Madrid in recent years. The French star center back has been with the club for some time now. But he is still young and catching the attention of at least one big club. That club is Manchester United, a team that wants more power in the defense. The club has already spent some money in the position but they are said to be interested in signing Varane in the near future.

Real Madrid recently let Sergio Ramos go so a decision by Varane to leave would mean a new defense for the team. Four days ago, ESPN reported this: 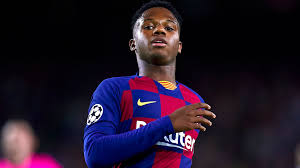 Ansu Fati is one of the young Barcelona stars that could be a free agent after the season. Fati was off to a solid season before suffering an injury late last year. Back in May, reports said that his comeback had hit another setback, with the club confirming that he had to undergo further surgery on his knee. A couple of days ago, SBNation and others reported that Fati will return to Barcelona for the preseason this month.

Juventus have two big names that could be free agents after the season. One of them is Cristiano Ronaldo. The Portuguese player is coming off an early elimination in the Euro 2020 tournament and a not so great season with Juventus, a club that barely qualified for the Champions League last season after dominating Serie A for many years. But Ronaldo remains one of the best, if not the best, player in football. Manchester United and even a return to Real Madrid have been rumored. But Eurosport recently reported that his agent had asked about a new contract.

Paulo Dybala has been one of the big pieces of Juventus Serie A wins over the years. But recent reports have said the club is prepared to let him go if there is no extension. One of the reasons is said to be his salary, which could be too much for the Italian club. Juventus also have Ronaldo coming up on his last year so the club faces a tough task ahead in bringing them back.

Pedri has been quite good for Barcelona but the team has plenty of decisions to make. The whole situation with Messi’s contract has brought rumors that the team is getting ready to let go of some big names. Yesterday, the club made a move involving one of its young players, Trincao. The Portuguese winger joined Wolves on a season-long loan.

Liverpool are said to be interested in signing the Spanish player. Last year, the English club signed Thiago, another star midfielder from Spain.

Lorenzo Insigne is currently enjoying a good Euro 2020 run with the Italian national team. But there is a lot of rumors surrounding his contract with Napoli. The Italian club face a tough battle to keep the star forward, who is set to be a free agent after the season. Barcelona and Tottenham are among the clubs reportedly interested.

Ousmane Dembele was one of the big transfers of Barcelona some years back. Dembele was coming off some impressive seasons with Borussia Dortmund so the move made sense for the Spanish club. But the French forward has been slowed down by injuries during his time there.

Dembele is set to become a free agent after the season and recent reports have said Atletico Madrid are interested in a trade or maybe a signing.

Kylian Mbappe is one of the top players in the sport so PSG will likely do anything to keep him on the roster for many years. But Mbappe does have the option to walk away and join a new team after the season. Over the years, there have been rumors of him going to Real Madrid, a team that needs more power after selling Ronaldo years ago. Liverpool have also been mentioned in the rumors.

Mbappe is only 22 years old so he has many years left in his career. A new PSG contract will likely require a record breaking deal. The star striker was already part of a record breaking deal with PSG, a team he joined back in 2017. The transfer was the second highest of all time, only behind Neymar, who also joined the team that year.

Mbappe and the French national team are coming off a disappointing Euro 2020 tournament. But the star striker has nearly won everything in the sport at his age. He won the World Cup back in 2018 and also Ligue 1 on multiple occasions. He also competed in last year’s Champions League final.