WWE Money in the Bank (2021) – Current Match Card and Predictions 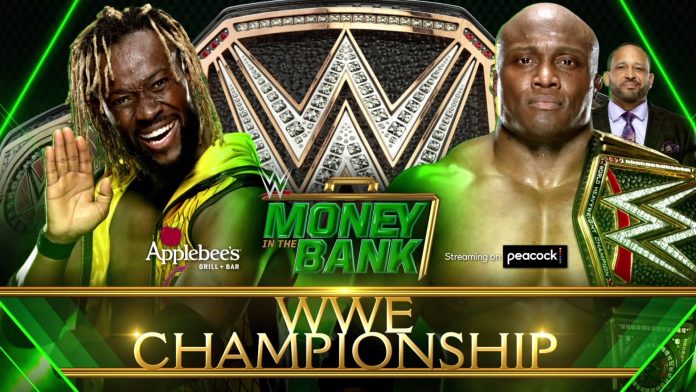 WWE Money in the Bank (2021) is less than six days away, which means most of the match card is already set. The upcoming PPV is always a very interesting watch since it usually leads to one or two people cashing in their briefcase at some point, with some even cashing in at the event.

The upcoming event is a big one for the company too since it is the start of its 25 city tour announced weeks back. For months, the company has been holding its events at the ThunderDome. But that will change for the tour since the company will slowly be going back to the normal events that were taking place before the pandemic. WWE Money in the Bank 2021 will also be the company’s first PPV held outside of Florida since Elimination Chamber back in March 2020.

WWE MITB will be taking place on July 18 so here we have the current match card and predictions:

The Money in the Bank Men’s Ladder Match will feature eight superstars, including some who have won the event before. Ricochet, Seth Rollins, King Nakamura, Kevin Owens, John Morrison, Matt Riddle, Drew McIntyre, and Big E will be part of this match.

The participants of the match were determined by qualifying matches on WWE SmackDown and Raw. There were several big names who were eliminated during the qualifiers, including AJ Styles and Cesaro. Orton was unable to compete due to unknown reasons and this actually brought an attempt from Riddle to get him to qualify. Riddle participated for Orton in a battle royal and won, giving him a spot in the triple threat match on WWE Raw. Riddle’s attempt to get him to qualify was unsuccessful since Drew McIntyre won the match.

Prediction: I believe the win is between Nakamura, McIntyre, and Seth Rollins. Drew McIntyre has lost his chances of challenging for the title after losing to Lashley so this is one of the few ways to get him back in the title picture. Nakamura is currently known as King Nakamura so a win here would make his current character even better. This is also a great chance to get back in the title picture and eventually cash in and win one. Seth Rollins is also one of the favorites in my opinion. He has won the event before and would obviously be a strong challenger for Reigns or Lashley.

I’m going to go ahead and say Nakamura wins this one. He has never won the WWE Championship or Universal and the closest he came was after winning the Royal Rumble a few years back and challenging AJ Styles. 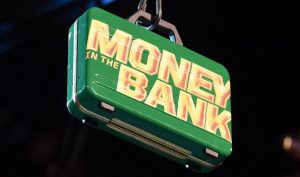 Asuka, Alexa Bliss, Naomi, Nikki Cross, Zelina Vega, Natalya, Liv Morgan, and TBD will be part of this match. The majority of the participants for this match were determined by qualifying matches. There is an eighth participant that has not been confirmed. Carmella was initially added to the match but later given a title match against Bianca Belair. Liv Morgan was announced as the replacement for Carmella.

The changes were likely due to the injury that Bayley suffered while training. She will be out for several months and her match against Belair for the title has been cancelled. The match between the two was going to be an I Quit match. But the title match for Belair now seems to be on the July 16 episode of WWE SmackDown.

Prediction: I believe the win is between Liv Morgan and Alexa Bliss. I think Morgan has a nice chance of winning this one since the storyline so far has been her getting big wins over Carmella and not really getting a spot in the match until Carmella was moved to the title match against Belair. They could really go with the underdog storyline here, giving her a shot to cash in at some point.

I do think it will be Alexa Bliss that wins it though. She’s got a whole new character and some of the things she has been doing in the ring suggest she can now use mind control. We’ve seen this with Reginald and Nia Jax. I could see her doing something like this with a participant or two to get the briefcase.

Kofi Kingston is once again in the WWE Championship picture but he faces a tough task ahead. He will be facing Lashley, who has been dominant since winning the title from The Miz earlier this year.

Prediction: I don’t see Kofi winning this one. Yes, he has shocked the world in the past by winning the title at WrestleMania. But Lashley has destroyed the competition since capturing the title and I really don’t see anyone that can match him. The only guy that has been close is McIntyre and he is no longer able to challenge him after losing his recent matches against him.

Rhea Ripley and Charlotte Flair will be going at it again. Ripley won the title at this year’s WrestleMania but recently lost a match that gave Charlotte another opportunity. The match she lost was at Hell in a Cell, where she used the cover of an announce table and got disqualified.

Prediction: I don’t see the title changing hands here. Rhea Ripley has been the champion for just a few months. She will get a win here and probably end the feud. Then again, Charlotte is one of the most winning superstars on the women’s division so I wouldn’t be surprised at all if she does leave with the title.

Edge is back after losing his title match at WrestleMania 37. The surprise return was for a one on one match against Roman, who faced him and Daniel Bryan at the event. The return has been mostly about Edge attacking The Usos and making it clear that he wants the title.

Prediction: Edge’s return is huge but I just don’t see how he wins it here. Edge has been making appearances alone while Reigns has The Usos. Things also appear to be good between the three since the WWE Universal Champion recently brought back Jimmy. The three reuniting comes just days before the event so this is not good news for the challenger. We’ve seen Jimmy get involved time and time again and it would not be surprising to see him make an appearance here.

The match card currently has five matches but the company usually adds one or two matches for the kickoff show. There are some superstars that could fill up those spots, including the WWE SmackDown tag team champions or something involving the storyline with Corbin.

What do you think about the current matches? Do you think there will be any title changes? Let us know in the comments.