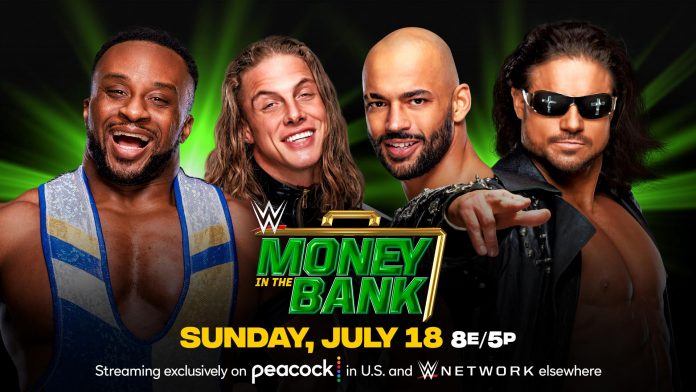 WWE Money in the Bank is two days away and it will be a special moment for fans and the company because there will be a return to normal after months of being at the WWE ThunderDome. The event will be the first to be held outside of Florida since the pandemic began. WWE Money in the Bank had just five matches on the card at the start of the week but two more have been announced. Here are the two matches that have been added:

AJ Styles and Omos vs. The Viking Raiders

AJ Styles did not qualify for the Money in the Bank ladder match but will be appearing in the event as part of the WWE Raw Tag Team Champions. Omos and AJ Styles captured the titles at this year’s WrestleMania and this will be one of their toughest tasks so far since they will be facing former tag team champions, The Viking Raiders.

We all want to see more of AJ Styles and Omos as tag team partners. We haven’t seen much so far but this match could be an interesting one due to all the talent we have here.

Prediction: I think AJ Styles and Omos will find a way to win. It’s only been a few months since they captured the tag team titles and we’re all wondering where this is going to go. Omos has been dominant in his short time in the ring and he’ll probably display some of that power in this match.

Rey Mysterio and Dominik Mysterio vs. The Usos (Kickoff Show)

Rey Mysterio and Dominik Mysterio will be facing The Usos in a match that is currently set for the kickoff show. The WWE SmackDown Tag Team Champions faced The Usos in a match back in early June and they got the win. It was a different time back then though, The Usos had returned to action and they had the whole storyline of Jey Uso not being okay with Roman’s treatment of Jimmy and how he was acting since becoming the champion.

Prediction: I think The Usos will capture the tag team titles this time. The match back in June was a close one and it came when The Usos and Roman Reigns were not on the same page. Now, the family seems to be reunited after that segment on last week’s WWE SmackDown. I think Roman Reigns will also find a way to win and the whole family will be holding titles after the event.

The Women’s Money in the Bank ladder match has its final competitor. It was initially rumored to be Sonya Deville adding herself to the match. But now, Tamina has been announced for the match. The participants are Natalya, Tamina, Liv Morgan, Zelina Vega, Alexa Bliss, Naomi, Asuka, and Nikki Cross.

WWE Money in the Bank (2021) now has seven matches on the card. Five of the matches are for titles while the other two are for the MITB contracts, which grant a title opportunity at any time for the winner.