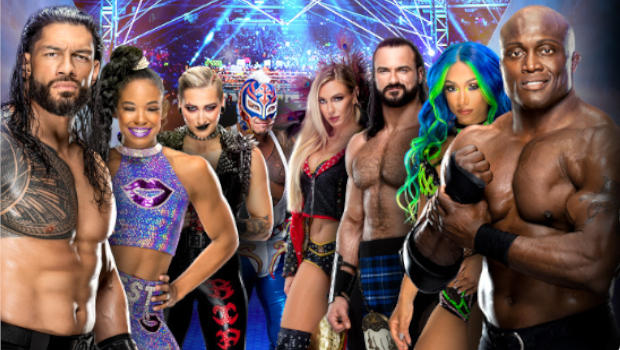 WWE Money in the Bank (2021) took place just hours ago but the focus is now on WWE SummerSlam, which is scheduled for August 21. The upcoming PPV is a month away so the matches are far from set. But the most recent event has given us a little bit of indication on some of the matches that might take place. Here are the matches we think we might see at next month’s event:

The Usos vs. Dominik and Rey Mysterio

The Usos are the new WWE SmackDown tag team champions. But this rivarly appears to be far from over after what we saw during Reigns vs. Edge. The Usos entered the ring to help Reigns but the former tag team champions came in to stop them. The Usos vs. The Mysterios has been going on for a few weeks now but the interference last night has us thinking they will have a rematch at some point.

Edge came up short against Roman Reigns in the match at WWE Money in the Bank. But the win by Roman Reigns wasn’t exactly clean since he got the help from The Usos and Seth Rollins. Rollins, who made it clear he wanted to go after the title during the event, came in to help Reigns when Edge nearly had him. Reigns will probably face Rollins at some point but the interference from the former WWE Universal and WWE Champion will likely lead to a match against Edge.

John Cena returned after the Roman Reigns vs. Edge match. The moment was a huge surprise for WWE fans and his appearance there made it quite clear that he is ready to go 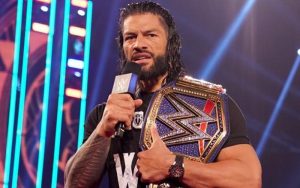 after the WWE Universal Championship. Roman Reigns vs. John Cena at WWE SummerSlam is an interesting match since we haven’t seen the two compete against each other in a very long time.

John Cena had been out of wrestling for quite some time but his return comes at a good time. Reigns has been successful against most of the WWE SmackDown roster so this provides a new challenger. Cena is also tied for the record for most championships at 16. A title win against Reigns at WWE SummerSlam would give him the record, which is currently shared with the legendary Ric Flair.

Bobby Lashley has been dominant when it comes to defending the WWE Championship. He has been successful against Drew McIntyre a few times. Other challengers such as Kofi Kingston have not come close to winning. But the rumors are pointing to a big challenger ahead. Over the last few weeks, there have been rumors of a Brock Lesnar return. The latest rumors have another dominant superstar coming back though. That superstar is Goldberg, who has made a number of WWE appearances over the years. Goldberg has been pretty successful when it comes to challenging for WWE gold. He has captured the WWE Universal Championship on a few occasions, defeating stars such as Kevin Owens and ”The Fiend” Bray Wyatt.

Omos and AJ Styles vs. Randy Orton and Riddle

Omos and AJ Styles are coming off a win against The Viking Raiders. The WWE Raw tag team champions captured the titles at WM 37 and don’t seem to have clear challengers after the win at last night’s WWE Money in the Bank. The Viking Raiders could get back in the mix but my prediction is that Riddle and Orton will become the next challengers. Riddle did not win the Money in the Bank briefcase and Orton was not part of the event. The two have been somewhat of a team and a storyline of them becoming partners and getting on the same page would be interesting to see.

Charlotte Flair is once again a champion after defeating Rhea Ripley at last night’s event. The feud between the two has been going on for quite some time now and it wouldn’t be surprising to see Ripley ask for her rematch. But rumors have repeatedly surfaced that Becky Lynch could return at some point.

Becky Lynch has been out of wrestling since announcing her pregnancy. At the time of the announcement, she was champion and that title went to Asuka, who would later lose it to Ripley at WM 37. Becky never quite lost the title so her coming back and asking for a title opportunity makes sense. Charlotte and Becky have a history when it comes to title matches so this would be an interesting one to see at a big event such as WWE SummerSlam.

Bianca Belair was supposed to have a match at WWE Money in the Bank. But her challenger, Bayley, suffered an injury while training and it was announced days before the event that she would be out for months. Belair was then given a match against Carmella and she retained the title. Now, there is no clear challenger for the WWE SmackDown Women’s Champion.

The only candidate we can think of is Sasha Banks, who has not returned since losing to Belair at WM 37. Banks challenging for the title wouldn’t be out of nowhere since she can ask for her rematch after losing at the big event.

Finn Balor is back on the main roster after some time on NXT. The former WWE Universal champion returned to attack Sami Zayn and make it clear he was back. Sami is a former WWE Intercontinental champion and we think Balor will not only face him but also go for the title at some point. Both Balor and Zayn have been IC champions in the past so it wouldn’t be surprising to see them all be in a match against Crews. The WWE and Universal championships appear to have their challengers set so Balor competing for the IC title makes sense right now.

Sheamus vs. Ricochet vs. Humberto Carrillo

Sheamus has been going up against Ricochet and Humberto Carrillo in the last few weeks. The challenges have come in the form of singles matches but what if both earn an opportunity to face the WWE US Champion. Sheamus recently suffered an injury but he has announced he will not be letting the title go. Ricochet and Humberto Carrillo have not been very successful when it comes to winning titles on the main roster so this would be a great opportunity for them. Both are very talented so it is a bit shocking that they haven’t won much. The only title win between the two was actually a WWE US title win by Ricochet but that run only lasted a few weeks.

A Jinder Mahal and Drew McIntyre feud appears to be next. Both recently competed in a match and McIntyre later destroyed his motorcycle. Things escalated last night when Mahal and his team took out McIntyre from the MITB match. We never really saw the two compete when McIntyre held the WWE title but it appears that we’re getting that feud now.