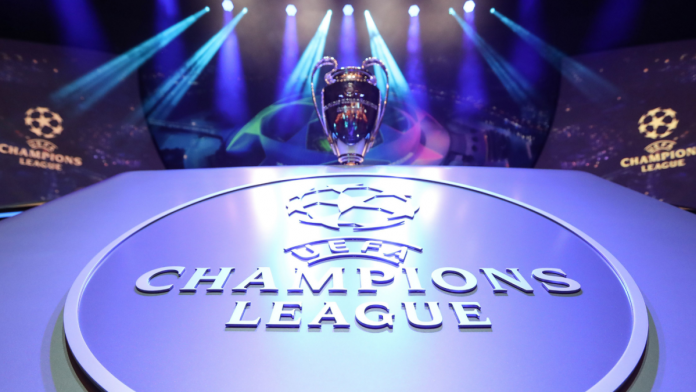 A new football season has started and that means the Champions League is around the corner. The famous tournament has already held its event to determine the groups and it quickly got some interesting matchups. One group features two favorites while others have some teams that have recently made big signings. Here is everything you need to know about the new Champions League campaign:

RB Leipzig and Club Brugge will have the tough task of trying to stop City and PSG to get the points needed to advance. Both clubs have made appearances in the tournament in recent years so they are no strangers to playing against strong competition.

Prediction: I think most people will agree that PSG and City are the favorites to advance here.

This group is loaded with solid teams. First we have AC Milan, a team has been in Champions League finals before. The Italian club has not been great in the tournament in recent years but they have enough talent to make this a close race.

The group also features two teams that have made the Champions League finals in recent editions. We’re talking about Atletico Madrid and Liverpool. The Spanish club made two 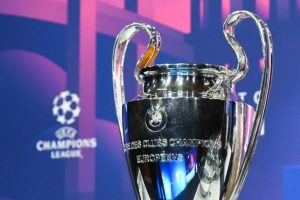 finals some years back and one of those was lost after a last minute goal by Real Madrid that took things to extra time. The English club has the more recent final appearances, losing one to Real Madrid and winning one not too long ago against Tottenham. The two teams actually met after the group stage in the season when Liverpool were looking to defend the title. Atletico Madrid won that one.

Porto have made history in the tournament as well, winning it back in 2004. Since then, the team has remained somewhat in the mix, advancing past the group stage several times.

Prediction: This might be a very close one since AC Milan and Porto are solid teams. But the favorites here appear to be Liverpool and Atletico Madrid.

This group might be one of the closest of the season. Dortmund have plenty of talent, including a very talented goal scorer. But Sporting, Besiktas, and Ajax could make things very complicated.

Prediction: I think any of these teams could advance to the next round. But looking back to previous seasons, I can see Ajax and Dortmund advancing.

Inter Milan and Real Madrid will meet again in a Champions League group stage. Both teams have a much different roster now but it will still be an interesting watch. The rest of the group has a tough task ahead, especially Sheriff. The team recently became the first Moldovan club to reach the Champions League.

Prediction: Real Madrid and Inter Milan are the heavy favorites to advance here and I think first and second place will be decided by the results between them.

Barcelona and Bayern meet again, this time in the group stage of the tournament. The last time these two met, it was Bayern that made headlines after an 8 – 2 win. It was the first time the Spanish club had allowed eight goals in a match since 1946. The loss led to changes for the team next season. The matchup will no longer feature Messi, who joined PSG a few weeks back.

Benfica and Dynamo Kyiv will be looking to get some good results off these two teams but it won’t be easy. Bayern Munich are still loaded offensively, with stars such as Muller, Lewandowski, and Sane. Barcelona still have plenty of talent too, with Griezmann and Depay as the main pieces of the roster.

Prediction: Barcelona and Bayern advance to the next round.

There’s a lot to talk about with this group. Young Boys is the only league winner in this one but they have a tough task ahead since the other three teams are solid. Atalanta have been pretty good in recent editions of Serie A and not too long ago made history by being one of the highest scoring teams.

Manchester United will have Ronaldo back on its side. The Portuguese star has joined the club after three years with Juventus. The English club will have a rematch with the team that defeated them in the Europa League final earlier this year, Villareal.

Prediction: I think Manchester United and Villareal will advance to the knockout stage.

This group might come down to the very last match. Sevilla have had plenty of success in the Europa League in the past and they’re probably the favorites here. But I think things will be very close since Wolfsburg and Lille are solid teams. Lille actually won Ligue 1, ending the dominance that PSG had. RB Salzburg are also coming off a league win so even they might make some noise.

Group H features the winner of last season, Chelsea. The English club recently signed Lukaku and are favorites to get back to the final again. Juventus are in this group but they will be without Ronaldo, who has made a move to Manchester United. The Italian club still has plenty of talent to compete in the group and even take first if it all goes well.

Malmo and Zenit will be looking to surprise the competition. Both teams have made the tournament in the past but the best recent result is Zenit’s appearance in the round of 16.

Prediction: Chelsea and Juventus make it to the second round. It will be interesting to see how the Juventus without Ronaldo performs. They lost the match after his transfer and struggled last year, barely ending in a Champions League spot.

Matchday 1 of the Champions League begins on Sept. 14. Here are the matches for that day and Sept. 15:

What do you think about the groups? What are your predictions for this season? Let us know in the comments.