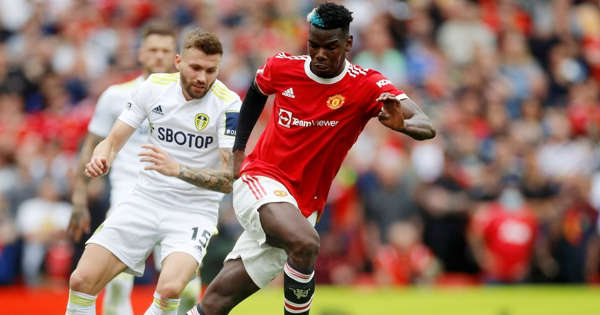 A few days back, we posted an updated list of the most expensive transfers of the Premier League. But the world of football is more than just that league and the transfer records are actually quite different. The recent signing of Jack Grealish by Manchester City sits in the middle of the ranking for this list while it is in the top for the EPL. Here is the top 12 most expensive transfers of all time:

Ronaldo has been involved in some big transfers over the last twelve years. His first big move came when he joined Real Madrid back in 2009. That move has fallen down the list due to the transfers that the clubs have made over the last five years. But his transfer to Juventus a few years ago still keeps him on the list. Ronaldo continues to be one of the best players in the world so another big transfer in the future can’t be ruled out.

Gareth Bale was one of the many pieces that Real Madrid added to win the tenth Champions League title they had been waiting for. Bale was huge in some of the Champions League finals, even scoring in one to put the game away. Bale went on loan to Tottenham last season but is now back with Real Madrid.

Eden Hazard had some really good seasons with Chelsea so when it was time to move on, he left in one of the biggest transfers of all time. He joined Real Madrid, a team looking for another superstar after the transfer of Ronaldo to Juventus. But Hazard’s time there has been slowed down by injuries. Things have not gone well but a new season has just started so there is a chance he could bounce back and help Real Madrid.

Dembele was huge for Borussia Dortmund so it was no surprise to see Barcelona sign the French superstar for over 100 million. The move came when the team had a lot of stars so many were waiting to see big performances. But things have not gone smoothly, Dembele has missed a lot of time due to injuries. Barcelona have let plenty of talent go but they reportedly want to renew his contract, which expires next year. When healthy, he can be a really good player so it is no surprise they want him to stay.

Romelu Lukaku has been involved in several transfers over the years. His move to Manchester United was big. But the record setting one came just days ago when Chelsea made a deal with Inter Milan for the striker. Lukaku is actually returning to the club, which let him go for a lot less. The striker was coming off some really good seasons so a move this big was no surprise. The move by Chelsea is actually the most expensive transfer of all time for the club. The previous record was set last year when the club signed Havertz. 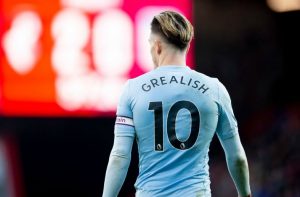 Manchester City opened the EPL campaign with a loss to Tottenham. We mention this because Harry Kane was not part of the Tottenham squad, meaning there could be a move very soon. The star striker has been linked to City for a few weeks now. A move by City could end up setting a new record since Tottenham will not let him go for cheap. Reports have put a transfer at over 100 million so the Grealish record might be beaten by the same team in just days. 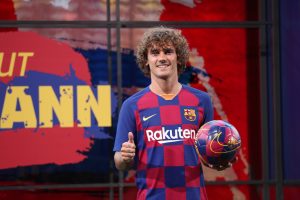 Antoine Griezmann joined Barcelona when they still had superstars such as Messi and Suarez. His addition was supposed to be the final piece to another Champions League run. But that never happened and the club struggled a lot in those years. With Messi and other big names now gone, they will need big games from Griezmann, Depay, and others to be in the mix for the league and Champions League.

Atletico Madrid have had some big names in the attacking. Falcao, Costa, and Griezmann are some of the names that have come and gone. But the Spanish club usually makes moves to replace the superstars that decide to leave. One of the most recent big moves by the club was the signing of Joao Felix. The Portuguese player has been inconsistent at times but reports say he will be staying with the team. Atletico Madrid will need some big games from their attacking if they want to win back to back league titles, something they haven’t done in over 50 years.

Coutinho was at the top of his game when he joined Barcelona for 145 million euros. The addition to the team was huge since Barcelona had big names such as Messi, Suarez, and many others. But the transfer never turned out to be what they expected. Coutinho had his moments with the team but was eventually loaned to Bayern Munich. The loan was not a bad move for him and Bayern since he was part of the team that went on to win the Champions League a couple of seasons ago. The move by Barcelona is now seen as one of the worst in recent memory and reports are flying around that the team is looking to send him somewhere else. Just hours ago, reports mentioned a swap deal with Arsenal and a transfer to Leicester City. Coutinho is very talented so teams interested are hoping he can get back to the performances he had with Liverpool.

Kylian Mbappe had an amazing season with Monaco that led to a big run in the Champions League and league. Most of that team later joined other clubs, with big transfers coming from City, Chelsea, and PSG. The French superstar has already won a World Cup and will likely be in the running for the Champions League title this season since the team has made huge additions, including Messi and Ramos.

Neymar joined PSG from Barcelona about four years ago but the transfer remains at the top. The Brazilian superstar was coming off great seasons with the Spanish club and PSG decided to go all in by activating his release clause. Neymar is still with the club and is now with an attack that features superstars such as Messi and Mbappe.