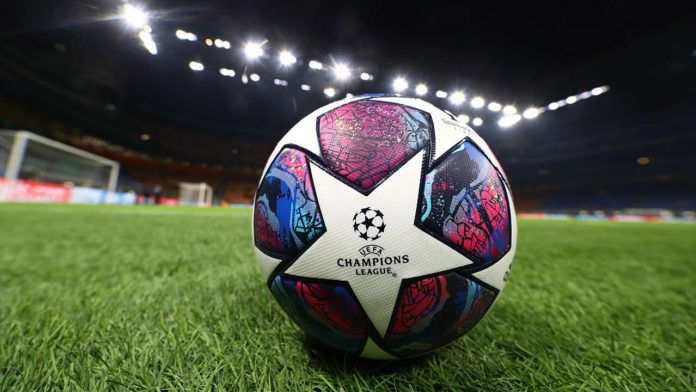 The Champions League was back in action on Tuesday, with several key matchups such as Manchester City vs. PSG and Atletico Madrid vs. AC Milan. The tournament had more than just big games, there was one big surprise from one of the lesser known teams. Here is everything that happened on the first day of Matchday 2:

The slow start for Inter Milan continues, with the latest match being a draw against Shakhtar Donetsk. The Italian club is coming off a last minute loss against Real Madrid. Their opponent was also coming off a loss. The group remains close after Real Madrid’s loss on Tuesday.

Ajax had another big game in the Champions League, this time against Besiktas. The club was coming off a big game in which Sebastien Haller scored several goals. Haller scored again here but it was only a 2 – 0 win.

Besiktas did not have a shot on target in the game. The possession was all Ajax as well, with the club having 71 percent of it. The loss leaves Besiktas in third place with 0 points. Their next game will be against last place Sporting.

The big surprise of the tournament was Sheriff after making it through the qualifying rounds. But the club continues to surprise, this time in the group stage. Sheriff opened the group stage with a big win and followed that up on Tuesday with an even bigger win. The 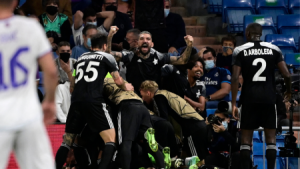 club opened the scoreboard with a goal but Real Madrid made a push to even things up later in the game.

The Spanish club dominated most of the statistics, including shots on target. Real Madrid had a whopping 31 shots, 11 of those being on target. The Spanish club also dominated possession, with a 76 percent. Sheriff had just four shots, three of them being on target. But that’s all it took for the club to score two goals. One of the goals came right before the 90th minute, giving the club a boost to the top of the standings.

Sheriff now leads the group with two wins in two games. Their next opponent will be Inter Milan, a team looking to add more points after a very slow start to the tournament.

AC Milan went most of the game with 10 players after Kessie received a red card in the 29th minute. The Italian club held on and even had some chances throughout the game. But the Spanish club made a big push late in the game. The first goal came from Antoine Griezmann. Things appeared to be headed to a draw but Luis Suarez added a goal in the 97th minute after a penalty was called.

The loss drops AC Milan to last in the group. Atletico Madrid are second in the group with four points.

Dortmund held Sporting to 0 goals in the match, taking the three points. The win by the German club puts them second due to goal difference. Both Ajax and Dortmund have six points. They will meet in the next matchday.

PSG and Manchester City met again on Tuesday, this time with a different result from the knockout stages of the previous campaign. The French club scored early and while it struggled at times, Manchester City failed to score. PSG scored a second goal late in the game, this time from Messi. The Argentinian star did not impress in the game but did have a really good goal to kick off his scoring with the French club. PSG are now in first place.

The loss dropped City to third place in the group. Their next game will be against Club Brugge, a team that has posted some good results in its two games.

Liverpool sit at the top of the group after scoring five goals against Porto. The English club was coming off a win in the first match. The loss drops Porto into Europa League spots.