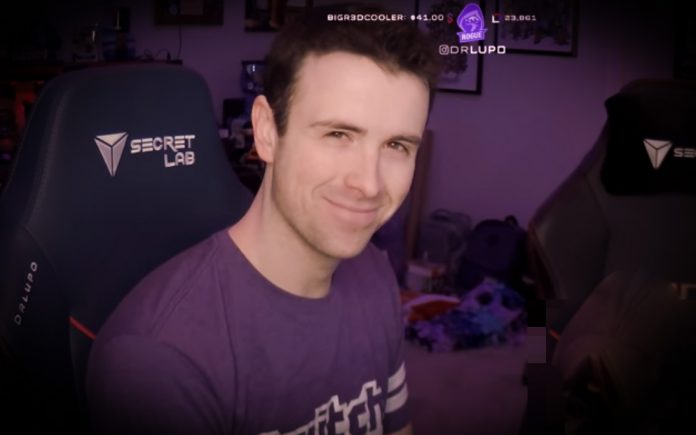 Famous streamer Benjamin ”DrLupo” Lupo has announced an exclusive deal that will see him stream on YouTube Gaming. DrLupo was streaming on Twitch before the deal with the  video site.

The move is a big loss for the streaming service, which has lost other streamers in the past to rival services. The announcement, made hours ago, brings the streamer to YouTube Gaming right away.

DrLupo is already a star on YouTube, where he has over 1.5 million subscribers. Some of his content was posted there before he agreed to the deal with YouTube. But the exclusive deal now means that he will only stream there.

DrLupo has been streaming for quite a while. His career began about six years ago and he has held all sorts of streams for charity. The streams have helped raise lots of money for St. Jude.

DrLupo is not the first to make a big move to a rival service. He is actually among the several streamers that have joined YouTube Gaming in recent years. The moves include stars such as Courage, who is currently playing battle royale games such as Apex Legends and Call of Duty: Warzone.

The battle for the top streamers has heat up in the last three years. A while back, we saw Mixer make one of the biggest moves by signing Ninja. At the time, the streamer was one of the most watched due to his Fortnite videos. The move would only last a short time since the service was shut down, partnering with Facebook Gaming in the process. Ninja and other big streamers such as Shroud later returned to Twitch. Both continue to have big numbers on the service.