The NFL regular season kicked off on Thursday night with a game between last season’s Super Bowl champions, Tampa Bay Buccaneers, and the Dallas Cowboys. The rest of the matchups took place on Sunday and Monday. Here are the results for Week 1 and much more: 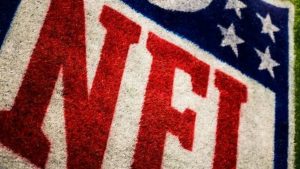 The Cleveland Browns had a nice start to the regular season, taking a small lead against the Kansas City Chiefs early on. The Browns seemed to be in control but several big plays from the Chiefs put them back in the game and later gave them the lead.

The Dolphins and Patriots played in a very close game that was decided by 1 point. The Patriots came in with their first round pick Mac Jones as their starter while the Dolphins returned with second year QB Tua Tagovailoa. 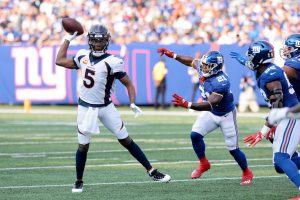 The Broncos held the Giants to just 13 points to get the first win of the season. Denver saw a huge game from the passing and running game, with Gordon, Williams and Bridgewater adding more than 150 yards on the ground.

One of the most shocking results came between the Packers and Saints. New Orleans quickly took the lead and the Packers never got anything going. The Saints new starting QB Jameis Winston did not have many passing yards but he had five touchdowns for an impressive start to the season. The game was over in the fourth quarter and the Packers gave some playing time to their second QB Jordan Love.

Stafford had a big debut as the new Rams QB and the team scored 34 points to kick off the season at 1 – 0. The Bears started Andy Dalton but did give Justin Fields a couple of plays, one which ended in a touchdown.

The Ravens and Raiders played in the last game of Week 1. The Monday Night Football matchup was a good one as it went to OT. The Raiders held on and won the game to start the season at 1 – 0.

The Jets responded in the last two quarters to get back in the ball game but in the end it was the Panthers who took the win. The game saw former Jets players Anderson and Darnold make big plays. The Panthers held a 16 – 0 lead at halftime and added three more  points in the fourth quarter to keep the Jets from a potential field goal win.

The Cardinals had a dominating win on Sunday, holding the talented Titans offense to just 13 points. Arizona saw a huge game from Chandler Jones, who had a whopping five sacks in the first three quarters.

The Vikings and Bengals matchup went to overtime after Minnesota scored a touchdown late in the ball game. In OT, the Bengals scored a field goal that gave them the win.

The 49ers had a solid start to the regular season but the Lions nearly made this a really interesting ball game by having one last drive late in the fourth that would have put the team close with a TD and tied with a two point conversion. San Francisco started Jimmy Garoppolo but Trey Lance was given a play that resulted in a TD. On the other side, Goff made his debut as the Lions QB.

The Steelers were held to 0 points in the first two quarters. But they responded in the last two quarters to take the win. The majority of the points came in the fourth quarter, with Pittsburgh scoring 17 and holding Buffalo to 6.

The Los Angeles Chargers scored one touchdown in the fourth and held Washington to 0 points in that same stretch to take the win. Washington suffered a big loss early on with QB Ryan Fitzpatrick leaving the game with an injury. Taylor Heinicke once again had a solid performance but it wasn’t enough for Washington to get the win.

The Eagles went to Atlanta and held the Falcons to two field goals. Philadelphia quickly saw a TD from Hurts to Smith and the points just kept coming after that. The Eagles defensive line had several sacks in the fourth quarter to shut down any chance of the Falcons getting back in the ball game.

Trevor Lawrence started his first game as a Jaguar but his debut did not end with a win. The Texans scored 37 points, with huge performances from Cooks, Ingram, and several other players.

The Cowboys and Buccaneers opened the regular season with a game that came down to the end. Dallas saw a huge game from Dak Prescott and the defense stepped up with several plays against Brady and his offense. But the game came down to the Buccaneers having the ball with little time left. Brady moved up the field fast, setting up the Buccaneers in field goal position to win the game.

The Seahawks are 1 – 0 after a 4 TD performance from Russell Wilson. New Colts QB Carson Wentz put the team close early on but the Seahawks added more points and held their offense to 16 points total.

Police Officers Fired For Going After Pokemon In Pokemon Go

Jan 12, 2022
Two police officers in Los Angeles have been fired for taking their time to go catch a Pokemon instead of chasing after robbers. BBC...