Woman Suffers Burns After Attempting To Save Dog In National Park 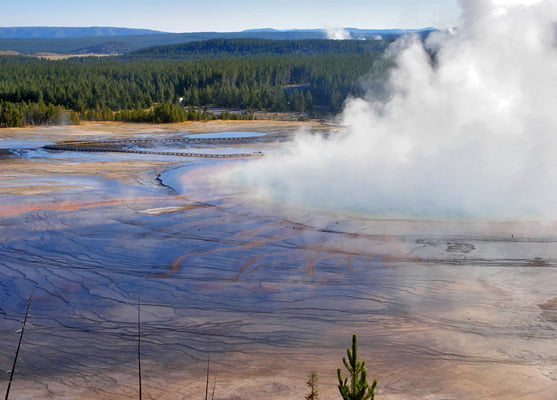 A woman has suffered burns after attempting to rescue her dog from a hot spring located in Yellowstone National Park. Authorities confirmed that the woman jumped in to rescue the dog.

The woman was rescued from the water by her father, who quickly took her to a regional hospital. The US National Park Service later released a statement saying that the woman had left her vehicle to chase after her dog. The incident happened on October 4.

It was later confirmed that the dog passed away. The park service did not release details on the woman but BBC reports that a GoFundMe campaign has been started to seek money for her medical bills. The campaign, which has raised over $45,000, identified her as Laiha Slayton. The news site also reports that her sister has said on Instagram that she suffered mostly second degree burns.

It is not the first time that someone suffers burns at the park. BBC reports that earlier this year, a woman suffered burns when she was at the park’s most popular geyser. Back in early 2020, park officials revealed that a woman had suffered burns after falling into a thermal feature at the park. A statement from the National Park Service said the woman had illegally entered the park.