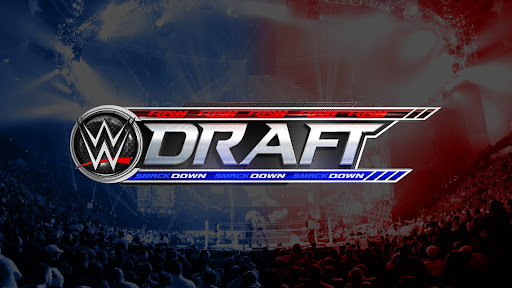 WWE held a draft at the end of last week, shaking things up for the future. SmackDown and Raw both made numerous picks, including some that had been on their roster before. Here are the results posted by WWE.com:

This was no surprise here. The WWE Universal Champion has been one of the big stars of the brand and seeing him back for at least another year will provide SmackDown with many main events and segments. His next opponent is Brock Lesnar, who has several wins against him in the past. Lesnar has been announced as a free agent so it looks like he will switch between brands for now.

Big E returns to Raw after winning the WWE Championship just weeks ago. The WWE Champion could have several challengers for his title. Bobby Lashley will likely be one of them after their recent battles.

Charlotte Flair is on SmackDown even though she is the Raw Women’s Champion. The pick is kind of confusing since she is holding the title of the other brand. But there seems to be a reason why this happened. Several wrestling news sites reported that FOX requested for Charlotte to be brought to SmackDown.

Becky Lynch is currently holding the SmackDown Women’s Championship so it is unclear how the brands will swap titles.

Bianca Belair moves to Raw after some time on SmackDown, where she held the women’s title for a few months. Belair had feuds with Lynch and Banks during her SmackDown run. Her move to Raw will likely bring new challengers and new title opportunities.

McIntyre is on SmackDown, which means he’ll probably challenge Reigns at some point. The former WWE Champion feuded with Lashley for a while but eventually lost the chance to keep challenging him. The move to the brand gives him an opportunity to even challenge for other titles. We’ll see what happens on the next episodes.

The New Day are on SmackDown, which means there will likely be a feud with The Usos. The New Day have held the tag team titles on numerous occasions and have a long history with The Usos. The new part of a potential feud is Roman Reigns, who has been on The Usos side since their return earlier this year.

Edge is headed to Raw after returning to WWE matches earlier this year. The 2021 Royal Rumble winner was part of the WM 37 main event. But he lost that match and then fell short again after a Rollins interference. The whole thing has led to a feud between the two.

The team of Corbin and Moss will be on SmackDown. Over the last few months, the Corbin storylines have gone from him having no money to suddenly being back to the top. He is now part of a team which could make them tag team challengers in the near future.

The WWE Women’s Tag Team Champions Rhea Ripley & Nikki A.S.H. remain on Raw. Both recently held the WWE Raw Women’s Championship. But their new run already seems to be headed to a different feud with talent that recently arrived from NXT.

Hit Row arrived to NXT earlier this year but reports had them being called up for the draft. Those reports turned out to be accurate since the team was drafted to SmackDown.

Keith Lee gives Raw another star for new feuds. Lee hasn’t been on the main roster for long but it will be interesting to see who he feuds with now.

Naomi has been on what many see as a feud with Sonya Deville. The former women’s champion does not seem to be the star that Deville wants to give matches to. As we all know, Deville has been out of wrestling for some time now but has made numerous appearances on SmackDown as a WWE official. Many believe her recent treatment of Naomi will lead to an in-ring return at some point.

Rey and Dominik move to Raw after a pretty successful run on SmackDown. The two held the tag team titles for a couple of months before dropping them to The Usos. The move to Raw likely puts an end to their feud for now.

Jeff Hardy is on SmackDown, giving them a veteran that could compete for titles and provide good matches.

Austin Theory arrives to Raw after being on NXT for some time. Last year, he was on the main roster but then started making appearances on NXT. Theory was mostly seen with the team of Gargano.

These last few picks were recently announced through Talking Smack. The list includes some former champions such as Apollo Crews and Nia Jax.