The world of sports was shaken up by the pandemic that began in late 2019. One of the most affected was wrestling, which saw many promotions and companies continue without crowds or virtual arenas as we saw with WWE. Like many sports teams and organizations, WWE had to find ways to continue and save as much money as possible. In early 2020, the company made a number of shocking releases and they continued later on. The story has been almost the same this year, with the company releasing even more talent. The long list of releases, which are reportedly due to budget cuts, could probably be enough to make a new roster. 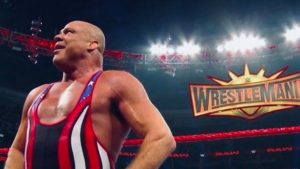 Early 2020 saw a number of releases that nobody was expecting. Among them was Kurt Angle, who had made numerous appearances for the company since returning a few years back. Several tag teams were also released during the year, including Karl Anderson and Luke Gallows and Akam and Rezar.

One of the most surprising was Rusev, who had been with the company for some years. He later returned to wrestling but with AEW, a company that’s signed several former WWE superstars since entering the business just a couple of years ago.

Zelina Vega was released but later brought back. She currently competes in the women’s division and recently won the Queen’s Crown tournament. 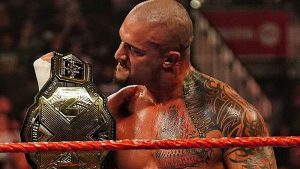 2021 has even more shocking releases, with numerous champions being cut from the roster shortly after successful title reigns or title opportunities. The tag team divisions were the most affected, so much that one division was left with just a few teams. Among the teams released were the IIconics and Fandango and Tyler Breeze. The IIconics won the tag titles at a WrestleMania just a few years back so a lot of fans were not expecting this. Fandango and Tyler Breeze were on the main roster for a while but were moved to NXT some time before the announcement.

Among the most shocking is probably the release of Bray Wyatt and Braun Strowman. Wyatt had been the WWE Universal Champion months before the announcement while Strowman had held titles and main evented matches for a few years now. The release of Samoa Joe also shocked some fans. But the former WWE NXT Champion returned to the company just weeks later. He returned as an NXT official but later entered the ring for a match against the NXT Champion. He won the title but was forced to vacate due to injury.

Aleister Black appeared to be getting ready for a big return but that was cut short by his release. Black was on the NXT roster for a while but was later moved to the main roster. He has appeared on podcasts explaining what some of the plans were for his character before the company decided to release him. He is now part of the AEW roster along with other released stars such as Andrade.