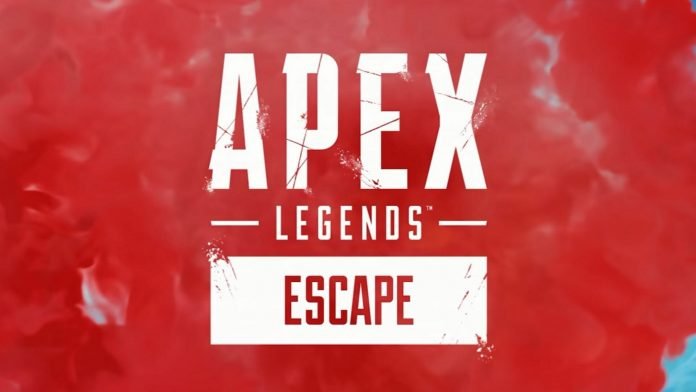 A new season has launched on the popular battle royale game Apex Legends. Known as Escape, the latest season introduces a lot of new content, including a map. Here are some of the patch notes posted by EA and everything that’s different in the game now:

A new Legend with a familiar face, Ash has overseen the Arenas from the shadows and held a tight grip on Pathfinder’s heart. A simulacrum made from the woman who once was Dr. Ashleigh Reid, Ash is determined to eliminate every trace of weakness that held her back as a human.. Detecting death wherever she goes, spearing enemies with electric snares that lock them in place, tearing through space to take more lives– it would be easy to think that there was nothing human left within that cold steel.

Passive: Marked for Death
Ash’s map shows the location of recent deathboxes. She gets a special prompt on a deathbox, use it to mark surviving attackers (once per box).

Tactical: Arc Snare
Throw a spinning snare that damages and tethers the first enemy that gets too close.

Ultimate: Phase Breach
Tear open a one-way portal to a targeted location. This portal stays open for a short time, during which anyone can use it.

Ash is now being compared to Wraith since they both have a similar ultimate. Ash’s best ability allows her to quickly teleport to grab high ground or push a battle. The ultimate can also be used by teammates. The only difference between her ability and the one used by Wraith is that it cannot be taken back.

This beautiful oasis was once an energy colony for the IMC, and the ruins remain. Many have tried to make a home here: all have failed. A survey of the area revealed the remains of three unique settlements built across the centuries, but no survivors.The colony lay abandoned, only visited by the occasional pirate or castaway. Now the Mercenary Syndicate has plans of their own for Storm Point.

Storm Point is the fourth map in the game, featuring a much different environment than Kings Canyon, World’s Edge, and Olympus. The map is a gigantic island, with all types of landing areas where players will not only face opponents but also wildlife.

The battle royale game has a new weapon known as the C.A.R SMG. What’s unique about this weapon is that it can take two types of ammo, heavy and light. This is the first time the game features a weapon that takes two types of ammo. The new weapon can be found all around the map, including in a gold version with the best attachments.

We learned a lot from the first season of Ranked arenas and are eager to bring you some improvements:

This is just a brief explanation from EA. You can check out the full patch notes on their official website.

TL;DR: Just give me the summary…

Move aside Ash, this is Wattson’s season. We’re ecstatic to finally share some long-anticipated Wattson improvements! Her win rate and encounter win rate have always been above average. This could be for a multitude of reasons; her defensive playstyle correlates to higher average placements, Wattson mains are diehard loyalists, and her hitbox has been the smallest in the game ever since Lifeline’s adjustment.

Regardless, much of the high-level data that we’ve shared doesn’t match perception. Play a few games as Wattson and you’ll often find yourself wanting more out of her kit. The goal of these changes is to redistribute her invisible power into the parts of her kit that shape the battlefield in a unique way. We wanted to see what changes could spark more consistency and efficacy in her kit, and ideally ground some of the difficulties surrounding the way her abilities work.

We want to enable more active gameplay from Wattson players by smoothing out the rough edges in placing fences. Responsiveness tweaks, longer range, and faster cooldowns means that Wattson can much more quickly and reliably set up a defensive position, or even use her fences and pylon in the midst of open combat in a pinch.

This is big news for Wattson, a character that players have repeatedly asked to be changed. The Legend, introduced in Season 2, has received some adjustments that will likely increase her pick rate for the season and make her a popular character on the competitive side. It’s been a while since Wattson received major changes so this should shake things up.

The G7 Scout has been moved to the care package, with the weapon now featuring the Double Tap attachment. The Triple Take now takes its place on the ground loot. The weapon returns to how it was back in the early days of Apex Legends, using energy ammo instead of sniper ammo.

This is huge since crafting is now a much better option. In previous seasons, many players often skipped the crafting of ammo since it didn’t give much. But this time, crafting actually gives a lot more.

These are just some of the changes and additions for the new season. You can check out the full patch notes on the Apex Legends section of EA’s official website.