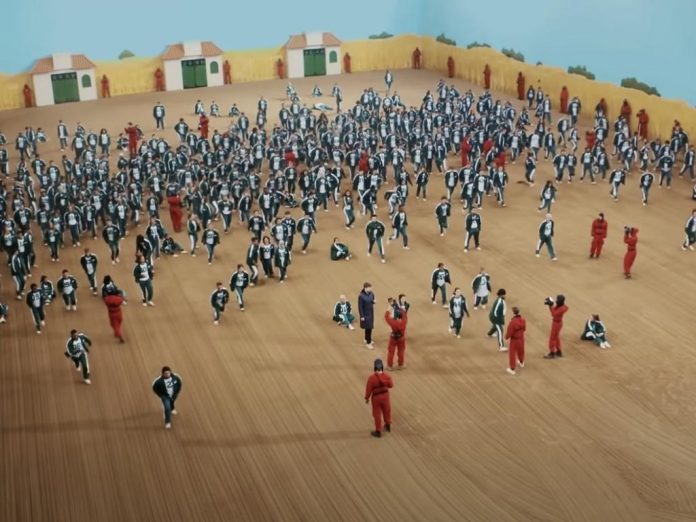 YouTuber MrBeast has uploaded his version of Squid Game and the post has been wildly successful. The famous YouTuber posted the video two days ago and it has already seen millions of views.

The video follows a group of contestants attempting to win a huge prize. In this version, contestants are competing for $456,000. The prize is displayed in a large container just like in the Netflix series.

Squid Game debuted on the streaming service a couple of months ago. The series was a global success for the service, quickly becoming one of the most watched of all time. Its popularity spread to Halloween costumes, video games, and much more.

MrBeast’s video begins with the first game seen in the series but does bring a unique twist in some parts. The games and how similar the sets are to the real thing have impressed YouTubers.

MrBeast’s version of Squid Game even features the glass bridge game where contestants have to jump on a platform made of glass not knowing if it is solid enough. The version by the famous YouTuber features a similar bridge but the platform does not have glass and the contestants fall on a foam pit if they choose the wrong panel.

The video features 456 contestants but a large percentage of them fail to make it past the first round. During the video, MrBeast brings up one of the sponsors of the game and reveals that it cost them $3.5 million to make it happen.

Like in most MrBeast videos, the famous YouTuber gives out a small money reward to people eliminated early in the game. At one point, participants are offered money to step away from the game and some take it.

The last game for the $456K was also changed since people did not understand the main game of the series or have never played it. MrBeast’s Squid Game video now has more than 63 million views.