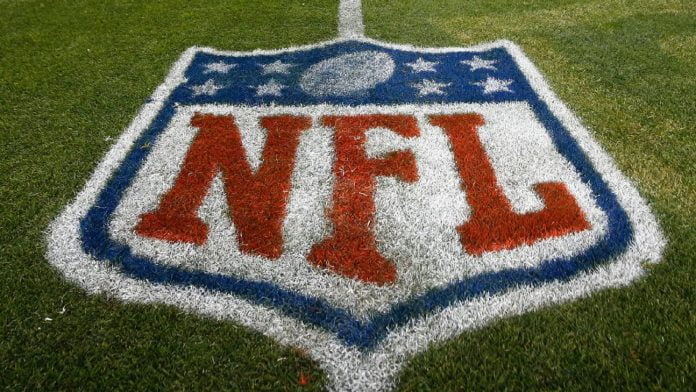 Week 10 was another good one, with many teams pulling out big victories and others falling down the playoff picture. Here are the standings and much more:

The Bills bounced back from last week’s loss by putting 45 points on the Jets. The win keeps them at the top of the division.

The Patriots are following the Bills closely. New England has won four straight and now seems to have some momentum heading into the final games of the season.

The Dolphins had a big win against the Ravens on Sunday. The win doesn’t do much for Miami, a team that has struggled all season.

The Jets have now lost two straight and this week’s loss puts them last in the division.

The Chiefs have taken the top spot in the division after a somewhat disappointing start. Kansas City is one game ahead of the Chargers and Raiders. This is one of the closest divisions in football and it could come down to the last few games of the regular season.

The Chargers failed to stay at the top of the division on Sunday. They lost to the Vikings.

The Raiders did not bounce back from last week’s loss. This time, the team lost against the Chiefs and it wasn’t even close. They were held to 14 while Kansas City scored 41. Not a good last two games for Las Vegas but the division remains very close.

The Broncos were coming off a huge win against the Cowboys but the performance didn’t continue on Sunday. They were beaten by the Eagles, a team that came into this game with a 3 – 6 record. The loss drops them to last in the division.

The Ravens seemed to be the favorites against the Dolphins but were held to just a few points. The loss keeps the division very close.

The Steelers played to a draw on Sunday. The Lions and Steelers both scored 16. At one point, the Lions had the chance to score a field goal but that was missed. The Steelers didn’t do much in OT and it remained a draw, which is something we don’t see often in the NFL.

The Bengals remain in the division race but there have been some losses recently. They will face the Raiders next, a team that is looking to get back in the win column after two shocking losses.

The Browns dropped to 5 – 5 in the season after a bad loss against the Patriots. The division is still close but there are questions in the offense, especially after the injury that Mayfield suffered on Sunday. He did not return after suffering the injury, which isn’t the only one he has. Reports say he’s been playing through an injured left shoulder.

The Titans have the control of the AFC South and they kept that going on Sunday with a win against the Saints. The team is without Henry but they have won the two games since his injury. Tennessee is now 8 – 2 in the regular season, with the Colts being the closest to them at 5 – 5.

The Colts won a close game against the Jaguars. Indianapolis is 5 – 5 but they are still three games behind the division lead. They’ll need to keep winning games if they want to make it to the playoffs.

The Jaguars had a shocking win a week ago but they could not continue that success on Sunday. Jacksonville dropped to 2 – 7 in the season.

The Texans sit at 1 – 8 in the season, leaving them last in the division. Houston has lost 8 straight games and they seem to be in the race for the number one pick. Things don’t get any easier next week either, they face division rival Titans.

The NFC East had a good week with all teams winning. The Cowboys crushed the Falcons, bouncing back from the bad loss against the Broncos last week. Dallas holds a big lead over Philadelphia in the NFC East.

The Eagles had an impressive game against the Broncos. Philadelphia was coming off a loss against the Chargers last week. Smith had a 2 TD game and they were in control for most of it.

Washington also had a big win on Sunday. They defeated the Tampa Bay Buccaneers. Gibson had 2 TDs while Heinicke added one TD.

The Giants had their BYE week but they had a win last Sunday against the Raiders. New York is last in the division but second place and fourth are separated by one game.

The lead between the Rams and Cardinals could be decreased if LA has a good result on Monday Night Football. The Cardinals lost on Sunday and the Rams could tie at the top if they win on Monday.

The Rams will face the 49ers on Monday Night Football. LA is coming off a loss against the Titans. The team did add star WR Odell Beckham Jr. after he was let go by the Browns. The only bad news for the team is that they have lost Robert Woods to a torn ACL. Reports say the injury happened in practice a day after Odell was signed. 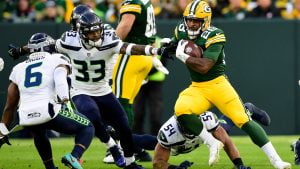 The Packers are in full control of the division after defeating the Seahawks on Sunday. It was a week of returns for both teams. Rodgers returned after the whole controversy of COVID and the vaccine while Wilson was back after missing some games with an injury. The Packers lost the week before but they still have a comfortable lead in the NFC North.

The Vikings scored 27 points on the Chargers and added a win on Sunday. The win puts them closer to .500 but they’ll need to keep winning for a chance at a wild card spot.

The Bears sit at 3 – 6 in the regular season. The BYE in Week 10 will be followed by a game against the Ravens.

The Lions are still looking for their first win of the regular season. There have been some close games, including the one on Sunday against the Steelers. The Lions had a chance at a field goal in OT but that was missed. The game ended in a tie.

The NFC South continues to be a very interesting division. The Buccaneers failed to gain a comfortable lead in the division after losing to Washington on Sunday.

The Saints also failed to gain ground on the Buccaneers after dropping their game against the Titans. New Orleans now sits at 5 – 4.

The Panthers have slowly returned to the division race after the results on Sunday. Both first and second place lost their games. The Panthers won after a big return from Newton, who was signed just a few days ago. The QB added two TDs, including one rushing.

The Falcons had a chance to gain ground in the division but they were crushed by the Cowboys. Atlanta was held to just three points. What’s worse is that the Cowboys scored 43.

Week 10 has one more game left, Rams vs. 49ers. Sunday will see Week 11, with games such as Ravens vs. Bears and Cowboys vs. Chiefs.