NFL Week 9 Was Full of Upsets 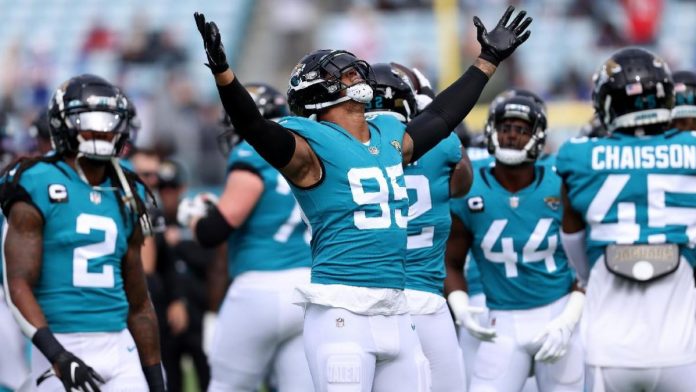 Week 9 of the NFL regular season had some teams as heavy favorites. The Cowboys and Bills were among the teams that many saw as a clear favorite to take home the win. But as we all know, the NFL can be very unpredictable at times. Dallas and Buffalo were not the only shocking losses this week, a few others also lost leads or didn’t have a great game and ended up with a loss. Here’s what happened this week:

Giants Get Their Third Win of the Season

The New York Giants entered Week 9 as one of the teams battling for last place in the NFC East. The division has been dominated by Dallas this season and they are actually the only team there with a positive record. Everybody else has struggled, especially the Giants who recently lost Barkley.

The Raiders entered the week with a 5 – 2 record so they looked like the clear favorites to win this game. But the Giants managed to hold them to a low scoring game. New York even held them to zero points in the fourth. They also intercepted Carr twice in the game.

Jaguars Get Another Win

The Jaguars have been one of the worst teams in the season. A few weeks back, they had lost many games in a row. The losing streak was so long that it went all the way back to the start of last season. But Jacksonville recently got its first win.

On Sunday, the Jaguars had one of their best games of the season. Their opponent was Buffalo, a team that is seen as a strong contender in the AFC. The game turned out to be a defensive one as there were no touchdowns. Things were close but what decided the game was a field goal in the fourth. Josh Allen, the one playing for the Jaguars, was who made the difference in this game. He had 8 tackles, one sack and one interception. The other Allen threw two interceptions and had a quiet game with just 264 passing yards.

The Broncos have struggled recently after starting out the regular season really hot. But Denver shocked viewers on Sunday when it put up a big lead against the Cowboys. Dallas has been unstoppable since the start of the season, especially on offense. The defense has been okay as well with Diggs putting up insane interception numbers. But Sunday’s game was totally different. The Cowboys were down big late in the game and it seemed over in the fourth.

Prescott was held to 232 passing yards, 2 TD, and 1 INT. Their running game, which has been excellent at times, had less than 80 yards combined. The running game for Denver was really good though. Williams and Gordon combined for almost 200.

This was Prescott’s return after missing a game due to an injury. But the result is a shocking one due to how well the Cowboys had played so far. The win puts Denver at 5 – 4, just one game behind the division leaders. 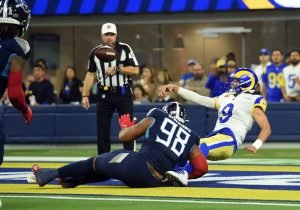 concerning as he’s been one of the best at his position in the last three years. Sunday’s game against the Rams was a tough one due to the loss of Henry and how great LA has played so far. But the Titans looked great, especially in the second quarter. Tennessee put up 21 points in the second and the Rams never really got close.

The powerful Rams offense was held to just two touchdowns. Woods and Kupp were pretty good but were held for zero touchdowns. The Titans new player, Adrian Peterson, didn’t have a great game but he did add a touchdown.

Falcons Take Down the Saints

The Falcons have had all kinds of performances throughout the regular season. In Week 1, they really struggled against the Eagles, a team that has not looked great for most of the season. But the team is still in the mix for the division after beating the Saints on Sunday. New Orleans did not have Winston but Siemian did put up solid numbers.

Atlanta was actually in control of the game until the fourth, when the Saints put up 22 points. But the Falcons did just enough to avoid losing another game after holding a big lead. Most importantly, they are now 4 – 4 in the season, which means they still have a shot at the playoffs and maybe the division. Next game will be against the Cowboys so they will need to have another big performance if they want to get over .500.

For the Saints, it was a blown opportunity at reaching the top of the division. New Orleans was coming off a win against last year’s champions Tampa Bay Buccaneers. But there are plenty of games left so the battle for the division is far from over.