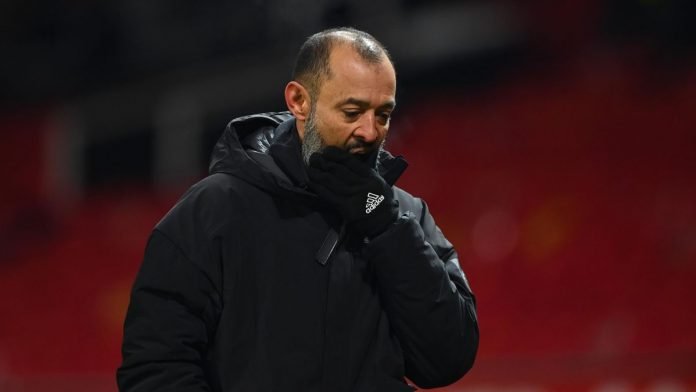 Four months, that’s all Nuno Espirito Santo spent as manager of Tottenham. The Portuguese manager was let go by the team just minutes ago. The decision comes shortly after the 3 – 0 loss to Manchester United.

Nuno Espirito Santo was brought in by the team four months ago. At the time, reports said he had not been the first choice by the team. The signing came after weeks and weeks of rumors on who would be the new manager. Antonio Conte was among the candidates for the Tottenham job.

Nuno Espirito Santo started off with a big win against last year’s EPL Champions Manchester City. The wins continued but the losses came as quickly as those wins. The Spurs now sit in eighth place with 15 points.

Reports had already said his future with the team was in doubt after crisis talks were held hours ago. Nuno’s most recent game was against Manchester United, a team that was coming off a 5 – 0 loss against Liverpool. Tottenham were held to zero goals, despite featuring stars such as Kane, Son, and Lucas.

Reports are now saying that Conte is close to reaching a deal with the team and is expected to be in London to talk on the final details, according to a Fabrizio Romano tweet made just minutes ago.

Antonio Conte was most recently the manager of Inter Milan. The Italian former player has worked in the EPL in the past. From 2016 – 2018, he was the manager of Chelsea. Other teams include the Italian national team and Juventus. Conte won a Serie A title in his second season with Inter Milan.