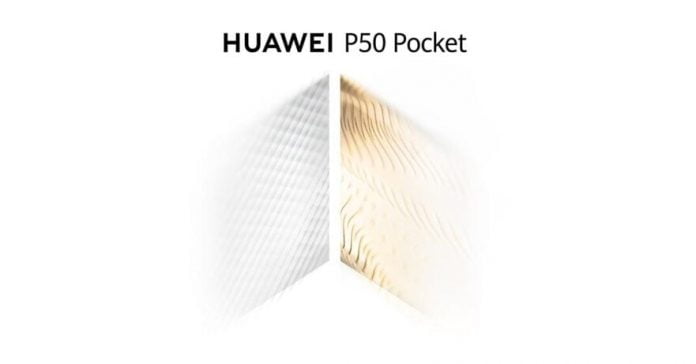 Reports say Huawei is planning to officially launch the P50 Pocket on December 23. The foldable phone has grabbed the attention of the foldable device news since it appears to be different from what Huawei has released in the last two years.

The P50 Pocket seems to be a very interesting device. But what about its price? For the last two years, we’ve seen numerous foldable smartphones. Huawei has released some of them, including two of the most expensive ones. The Mate X arrived with a price of about $2,400 so a lot of people want to know what the price is going to be for the new phone.

The latest reports say the device could have a price around $1,570. This is far from affordable but much lower than other foldable releases by the company. Nothing has been confirmed about the hardware so far but a phone like this will likely pack really good specs.

The Huawei P50 Pocket recently appeared in a photo which is said to be from a photoshoot. The picture shows the front cover, including what appears to be a secondary display for notifications and other options. The phone appears to feature a clamshell design, much different from the Mate X series.

The upcoming device will compete with phones such as the Galaxy Z Flip and the new version of the Razr. But there could be a major difference between those phones and Huawei’s device. Reports say the upcoming phone will be launched in China and be available there. It is unclear if the company plans to have it in other markets. But some tech sites believe the sanctions from the US and the whole thing with the phones not having Google services could limit this release to China.