It Takes Two: How The EA Originals Title Won Game of The Year 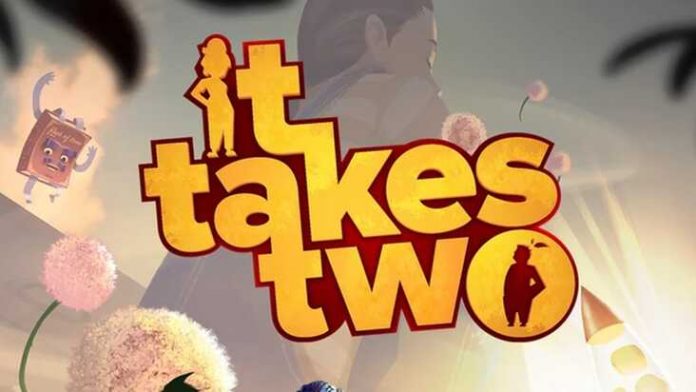 The Game Awards were held a few days back and one game was the big winner at the ceremony. We’re talking about It Takes Two, the EA Originals release that recently arrived to its subscription service, EA Play. The video game, released in early 2021, won Game of The Year.

The win comes after a solid release in the co-op department. Co-op releases don’t happen very often but this one managed to impress a lot of people. It Takes Two is from the same studio that created A Way Out, another co-op game that follows two men who team up to escape prison and avoid authorities.

It Takes Two has a completely different story from A Way Out but there are some things here that will remind you of it. The game does seem to be longer and there’s no repetitiveness here at all since all the levels are different.

It Takes Two is just a co-op game so that means you’ll have to find a partner to complete this story. The game follows May and Cody, who agree to divorce right before things get crazy. The two have a daughter who does not know what happens to them but accidentally puts them on the path to fix their marriage.

It Takes Two begins with the characters going on a journey around their house and numerous levels. In these levels, players have to get past all types of obstacles and battles. Each level is unique so it never feels like the game is getting repetitive. In fact, the game sometimes goes from a smooth level to chaos and cool easter eggs in the way.

It Takes Two: The Co-op Experience

It Takes Two is a co-op game only and its team has done just about everything to make this experience a fun one. The chapters can take some time to complete but players have a little extra in each section of the game. Along the way, they can find mini games such as Chess and racing. Each mini game is different and can be a lot of fun.

Some areas are more than just getting past them. In different sections, players will visit a large village or town where they can do all kinds of mini games and challenges. In one area, the game has a cool Zelda easter egg and a nice challenge for those looking to 100 percent the game. That challenge is the Helltower, which has numerous moving platforms that make this one a tough obstacle to complete.

The ending is somewhat predictable but there is a lot that goes on right before it. The levels get very chaotic and challenging in some parts. At one point, the game even throws players into a track that is very similar to the Rainbow Roads from Mario Kart.

EA Originals have been around for some time now but It Takes Two is this year’s surprise for sure. The game, available for PlayStation 4, PlayStation 5, Xbox One, Xbox Series X and Series S, and Microsoft Windows, was among six nominees. The other titles were Deathloop, Metroid Dread, Resident Evil Village, Ratchet & Clank: Rift Apart, and Psychonauts 2.

It Takes Two has taken the award and we can see why. There’s a lot of good things in this game, especially for those who really like the co-op experience. EA Originals has brought some cool games in the past but this one is its most interesting yet. If you haven’t checked this one out, you can download it through EA Play if you have the subscription or the store of your platform.

Have you played It Takes Two? What do you think of it? Let us know in the comments.