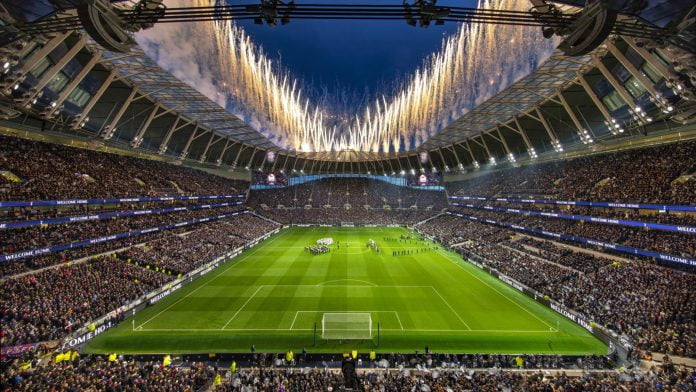 We’re now in the last month of 2021 and that means the January transfer window is just around the corner. Several teams will look to make big signings or moves for the rest of the season. Here are the rumors that have made noise in recent days:

Manchester City star Raheem Sterling has been a regular in the lineup in recent weeks. But the transfers Instagram account reports that the 26-year-old player is open to a move to Barcelona. The rumor mentions a loan move with the English club, which signed Sterling from Liverpool for a record fee years back.

Sterling was part of the win against PSG in the Champions League group stage. The star player was involved in the first goal for City, which ended up winning the game after a goal from Gabriel Jesus.

Barcelona are looking to make big moves with Xavi now as the manager of the team. The Spanish club has struggled this season but rumors say Sterling is not the only star player on their radar.

Axel Witsel might be getting ready to leave Dortmund, according to transfers. The account reports that the midfielder has reportedly told his club that he will not be extending his contract and wants a move to Juventus.

Witsel is not the only player that has appeared in rumors. Other players from the German club could be making a move as well. Things have not gone well for Dortmund in recent weeks but the club is only one point away from Bayern Munich in the league. 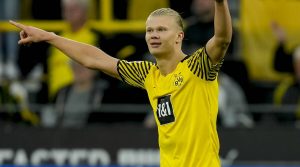 Erling Haaland has been a major goal scorer for Borussia Dortmund in recent seasons. The young star striker joined the club back in 2019 and quickly impressed. His amazing performances have grabbed the attention of just about every big club in the world.

Recent rumors have mentioned that Manchester City could be favorites in the race to sign the striker. The English club started the season without a star striker after letting go of Aguero. The club has instead decided to go without a striker in the games or sub in Gabriel Jesus. Manchester City were in the race for Ronaldo and Kane but the Portuguese star decided to join their rivals while the English striker stayed with Tottenham.

Now, rumors say that Manchester United could be in the race for Haaland. This after the hiring of their new manager. The manager is said to be the one who signed the striker to RB Salzburg back in 2019. He was the sporting director of the club at the time.

Kylian Mbappe is currently playing for PSG but the French star has the option to reach an agreement with a new club in January. The striker has played for PSG in the last few years but reports have said he wants a move to Real Madrid. The Spanish club was in the transfer rumors at the start of the season when reports said it had made an attempt to sign him. PSG held on to the player but an agreement in January would see him leave as a free transfer next summer.

The PSG lineup features stars such as Messi, Neymar, and Mbappe. Two of those signings have been record moves for the club. Mbappe was one of those moves but the risk by the club to not let him go at the start of the season could mean him joining Madrid for free. The Spanish club is not the only one interested though. In recent months, rumors have also brought up that Liverpool are candidates in the race. A lineup of Salah, Mane, and Mbappe would make the English club even stronger.

Manchester City has a number of young players who could end up being the future of the club. One of the names is Ferran Torres, who was signed by the club in what is seen as one of big bargains of last season. The former Valencia player is not a starter but has shown flashes of greatness when playing for City.

The 21-year-old is on a roster that features stars such as Grealish, Mahrez, Sterling, and many others. The latest rumor is that he has told Pep Guardiola he wishes to leave Manchester City to join Barcelona. The La Liga side will likely have to make a big offer for the Spanish player. Recent updates, including one by transfers, say that City are open to selling him.

Robert Lewandowski has been an excellent player for Bayern Munich but reports say the striker wants out. This is not the first time reports say he wants out. At the start of the season, rumors said he was on the radar of City and other clubs. One report is now mentioning he wants out to join Real Madrid.

Just two weeks ago, a different rumor said Manchester United were interested in signing him. Back in October, one report mentioned that the club wanted 150 million euros for the player.

Hakim Ziyech has only been with Chelsea for a little over a year but rumors say he wants to leave. Reports say he is ready to leave next month and one of the clubs interested is said to be Borussia Dortmund. The German club has seen some talent go in recent months, including Sancho.

Ziyech has also been linked with Barcelona, a team that is looking to get stars after the exit of Messi and many others in recent years.

Manchester City have plenty of talent at midfielder but one Spanish media outlet recently reported that Pep Guardiola wants to sign Frenkie de Jong. The midfielder was one of many players who impressed with the Ajax team a few years back. He left the club to join Barcelona two seasons ago and has been one of the best players in the squad.

Tottenham Could Have a Harry Kane Replacement

Conte has joined Tottenham and that means the club could make big moves to get back in the Champions League and make a big push for the league. As we all know, the club kept Harry Kane for this season but no one knows how long the striker will be with them. One report just hours ago brought up the possibility of the team going for Dusan Vlahovic. The Fiorentina striker has been on the radar of many teams and him going to Tottenham could be a solid replacement if the club decides to let Kane go.

Arsenal are also rumored to be in the mix, with one recent report saying that the English club had raised its offer.

These are just some of the rumors for the upcoming transfer window. There will probably be many more as we get closer to the month.