Venezuela: Coffee Shop Is Not Part of Famous Company 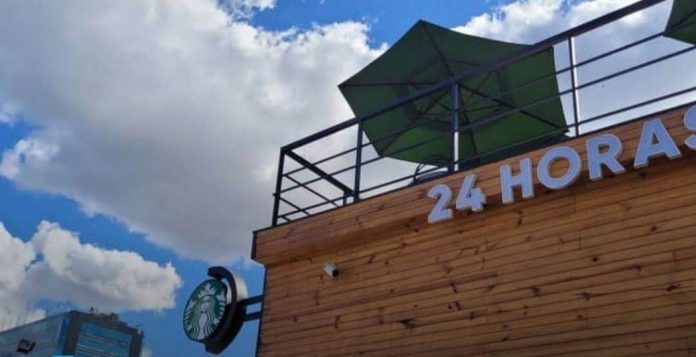 Residents of Caracas were surprised to hear of the opening of what appeared to be a Starbucks coffee shop. The opening was so talked about that it went viral, with many pictures on social media showing long lines of people waiting to buy coffee and other drinks that the famous chain offers around the world.

The coffee shop has made so much noise in the last few days that people on social media have visited the location, which features the logo of the company. The logo, which has ”We Proudly Serve” on top of it, has caught the attention of people in and out of the country.

“We were only trying to make the shopping experience in the store more enjoyable and fun by opening the coffee shop”.

The location was initially rumored to be part of the We Serve Proudly Program between Nestle and the company. But the rumors were quickly shut down by both companies behind the real program. Nestle Venezuela and Starbucks in the US released statements on the situation, ruling out that the location is part of the program. The explanation mentions that the program does not operate in the country.

The opening of this location sparked a debate among people on social media. Some immediately shared pictures of long lines at the location. Others were not convinced that the location was real since the country has seen other openings not related to the companies.

Some time back, a supermarket went viral for using the name of a famous retailer in the US. But there’s more than just using the logo and names. The South American country is under sanctions by the US and companies are not allowed to do business there. The economic and political crisis as well as the sanctions have forced many companies to exit the country in recent years.

One of the many companies that have exited the country is Kellogg’s. The company stopped operating in the South American country back in 2019. But the Venezuelan government quickly took over the facilities left by the company and resumed production.

Venezuela has seen its economic crisis make the currency nearly worthless. Most of the population now sells and buys in US dollars or other currencies. The Venezuelan government has attempted to keep up with the inflation by releasing new bills.