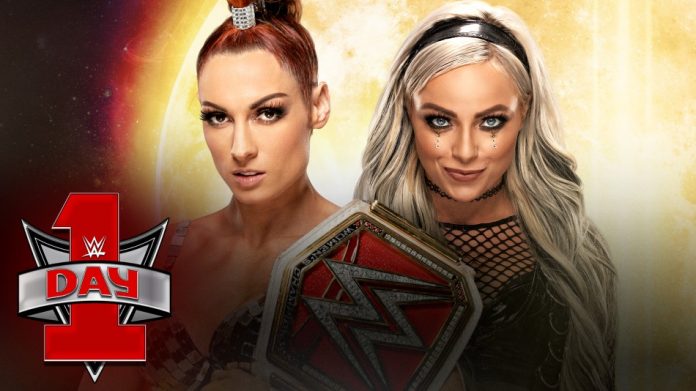 WWE Day 1 is just a few days away and fans can’t wait to see what’s going to happen. There’s some really good matches in this card and everybody is expecting a surprise or two to start off 2022. The match card currently has just six matches but the majority are for titles. The card includes big matches such as Reigns vs. Lesnar and Lynch vs. Morgan.

WWE can go many ways with this event but here are our predictions for Day 1:

WWE Champion Big E will have to face three former world champions at WWE Day 1. It all began with just one challenger but the other two were added shortly after. The biggest challenger here seems to be Lashley, who beat all three to get the opportunity to be in this match.

Lashley is coming off a dominant run as WWE Champion before it was all taken away by Big E, who was holding the Money in the Bank contract. Big E has held the title for some weeks now but Lashley has been really good against the rest of the opponents for this match. The only disadvantage here for Lashley is that Rollins and Owens know they will have to do something if they want to have a chance at winning. We saw some teamwork in their tag match against Big E and Lashley. The two attacked Big E and Lashley after the match, celebrating and making it seem like this was the start of a new tag team.

Our prediction is that the match will have Owens and Rollins take out Lashley somehow. Then Big E will come up with a surprise win to remain champion.

McIntyre has been nearly unstoppable since arriving to the main roster a few years back. His time there has seen him win the tag team and WWE Championships. But the match at WWE Day 1 is not for a title. Instead, he will face Madcap Moss, who is working with Corbin. The two caught the attention of McIntyre after taking his sword.

McIntyre is the favorite here but I keep thinking Happy Baron Corbin will get involved somehow and cost him the match. Moss hasn’t made many appearances and he could use a win against a big superstar like McIntyre.

Roman Reigns has had a really good run as the WWE Universal Champion. But the run is in danger against Lesnar, who has been almost unstoppable since returning to WWE. Lesnar has beaten Reigns in many occasions and last week’s episode saw him attack all three, including The Usos.

The attack came after Reigns fired Heyman, who had been working with him for a while. In the segment, Reigns also Superman punched Heyman and was getting ready to hit him with a chair. This led to a surprise appearance from Lesnar, who took out The Usos and then hit Reigns with two F5s.

Lesnar is a candidate to win it at the event but I’m not convinced on the decision of Reigns firing Heyman. I think this is a plan from the two that will end up with Reigns keeping the title. 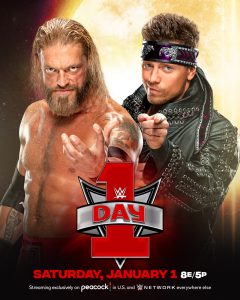 Edge vs. The Miz

Edge has arrived to the WWE Raw roster and it didn’t take long for him to get into a feud. The feud was sparked in a segment in which The Miz got involved. A challenge was later made and accepted. In the latest episode, Maryse and The Miz distracted Edge to attack him.

The Miz has many big wins in his career but this is Edge’s debut on the roster and I think he will win it.

The Usos and The New Day have a long list of battles over the years. The two teams have won the tag titles from each other before so this is a hard one to predict. I think The New Day will win the titles again and add to their recent success, which includes Xavier Woods winning the King of the Ring tournament. If they do win, this will be some payback for what The Usos did to the crown that Xavier Woods won for the tournament.

Liv Morgan has yet to win the WWE Raw Women’s title but she has the chance to change that at WWE Day 1. The missed chances by Morgan have become the big topic for Lynch, who has pointed out that she didn’t win anything while she was gone.

Liv Morgan had one opportunity in which she came short. But she has another one at WWE Day 1. Many people have been wanting to see Morgan finally get that big win and become the new Women’s champion. I think we’ll see that here.