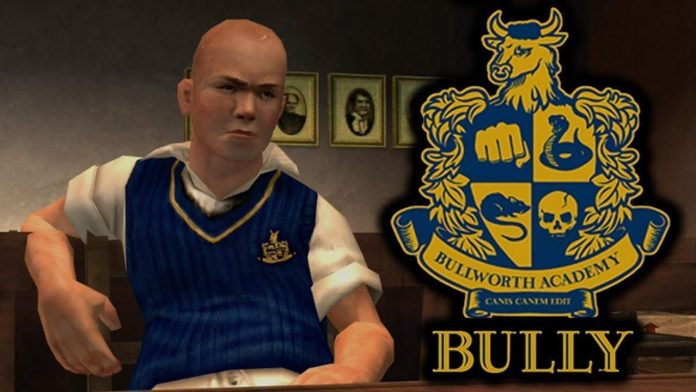 Rockstar Games is famously known for its Grand Theft Auto series, which has been around since the late 90s. But those who have played their other titles probably remember another game that was around in the mid 2000s.

Bully, released in 2006, did not follow the formula of the GTA series with its open world featuring cities and large maps. The game instead focused on a school, its students, and nearby towns.

Bully was released over 15 years ago but there is no information on the status of the series. IGN reports that Game Informer spoke to five former employees of Rockstar New England. They talked about the first game and what happened to the second.

Here’s what the former devs had to say (from IGN):

“Rockstar itself […] you say, ‘I work at Rockstar,’ people were really in awe of that,” one former developer says. “It was nice to have some clout to a job. You know? I was excited to work on anything that they had, because most of the games that they’d churned out [had] been pretty golden.”

The devs did hear some things they didn’t like when a Rockstar official visited the studio. Here’s what was said:

“One of the first red flags was when someone asked about hours and weekends and stuff like that,” the developer recalls. “Jeronimo’s answer was something to the effect of, ‘Well, we don’t work every weekend.’ He’s like, ‘For example, I’m not working this Saturday.’ The emphasis on the word ‘every,’ and then ‘this,’ were a little disquieting in their effect.”

The members of the studio continued with some big projects. They worked on the PC version of Bully: Scholarship Edition and helped out with the DLC that was released for GTA IV. They also helped with Red Dead Redemption and had started to work on the second Bully game.

One dev even spoke on how big Bully 2 was planned to be.

“Bigger and deeper than that of the original game,” and there were roughly 50-70 people working on the project. While the game’s open-world map would not have been as large as GTA IV, its planned scope was to range “from the size of Grand Theft Auto: Vice City’s open world to ‘three times’ the size of the original Bully’s school map.”

This sounds like a major improvement since the first Bully game was mostly set on its school and the small towns surrounding it. Having a map the size of GTA Vice City or three times the original would have been big for the game.

A map this large for a game that focuses on a school and its students would have required some interesting things for the buildings and environment. The studio had plans to make every building enterable, “either by normal means or forced entry.” As one developer put it, “if you could see it, you could go into it.”

“[The player] was not going to be driving a car anywhere, so the total playable space [and] land size [was] definitely going to be smaller,” another developer says. “Mostly because kids – he’s not going to be driving – and also because we wanted these very deep systems. Like, if you can go into every building, that’s a lot of work. We’d rather not have a really massive world; maybe scale that back a little bit just so that we can make sure that we have all these meaningful things in there.”

Like we’ve mentioned above, Bully focuses on its students and the school. Players get to play as Jimmy, a 15 year old who is left by his parents at Bullworth Academy. Jimmy quickly meets some of the students and finds out the academy is far from safe.

Bully features some aspects we haven’t seen in other games by the company. One of those things is having to attend class and getting good grades. Each subject has its unique classwork that players have to complete in time. Players also have to get to class in time and wear a uniform to avoid getting in trouble.

This was also said:

“From what I remember reading [in] some of the design docs and my conversations with people is that you could build relationships with characters in the world,” he says about Bully 2. “You’d be, like, best friends with the chef in the mansion or whatever, or the chef could really hate you or something, and that would open up different options. I don’t know to the extent of where that ended up – if that got pared down into a general ‘you’re good Jimmy’ versus ‘you’re bad Jimmy’ or what – but I know in some of the early ideas being thrown around, you would have that fine-grained level of relationships to other characters in the world.”

This would have been a major improvement over Bully, which only allowed players to speak to those involved in the missions. Players also had the option to speak with female students and give them flowers or gifts but that option had no impact on the story or anybody seen at the school.

The comments by the devs confirm that there was a second game in the plans. Over the years, there have been numerous rumors on the game. One rumor mentioned that the next protagonist would be a female student. Other rumors have repeatedly mentioned that it will happen at some point.

The devs said much more on the cancelled game. You can see all of it on Game Informer and IGN.