Gone From Race: What’s Next For the NFL Teams Eliminated In Wild Card? 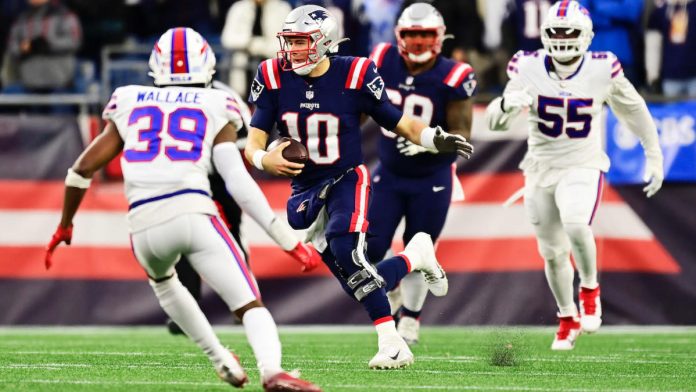 The NFL Playoffs kicked off on Saturday and continued on Sunday. The matchups saw some surprising results while others won after being favorites. The Wild Card round will continue tomorrow but with one match between the Cardinals and Rams. Five teams are now thinking about next season after losing on Saturday or Sunday. What’s next for these teams? What is their draft situation? Here we’ll talk about each team eliminated from the playoffs and what they could do in the near future:

The Las Vegas Raiders had a long season but it still ended with a playoff appearance. The team saw its coach step away and incidents around the same time left them without two key players. But after all that, the Raiders managed to get some wins to end the regular season, including a big one against the Chargers in the last week. The win put the team in the playoffs for a match against the Bengals.

The Bengals, who got very hot at the end of the season and won their division, took the game. But the Raiders made it a close one in the end, showing some signs that the team has some talent to compete and maybe make another playoff appearance next season.

The Raiders have the 22nd pick in the first round and they could go different ways with this one. During the season, they had to release their corner and wide receiver after they were involved in very serious incidents. The upcoming draft could be used to improve those positions.

The New England Patriots had a very interesting season. The team had a slow start and then a long winning streak to get them in the race for the division. But towards the end, the team had some big losses that saw them drop from the top of the standings. The team did make the playoffs but it was against the Bills, a team that started to get hot in the last few weeks of the season.

Before the season, the Patriots drafted Mac Jones as their QB of the future. New England has the 21st pick in the first round of the NFL Draft and the team could use it to add more weapons for Mac Jones. It could also be used to strengthen the defense, which is something that the Patriots have been good at before.

The Pittsburgh Steelers made it to the playoffs after some help from the Jaguars last week. Jacksonville managed to defeat the Colts in what was one of the shocking results of the regular season. But the biggest challenge came when the playoff spots were all secured.

The Steelers went up against the Chiefs on Sunday and things got out of control by the third quarter. Kansas City was up by 21 and things never really changed. Mahomes ended the game with five touchdowns. Ben Roethlisberger threw for 2 TDs but the game was never close after the third quarter. The Steelers QB had revealed weeks before that he would be retiring after the season. He reportedly confirmed that after the game.

Roethlisberger’s retirement means the team will have to look for a new QB or go with what it has. The Steelers hold the 20th pick, giving them a few options. They could either go for a QB that falls or try to move up. The team has other holes in offense and defense so going for a QB this season is not a guarantee. 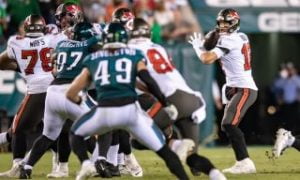 The Philadelphia Eagles had a hot end to the regular season. But they were matched up against one of the favorites of the NFC. The two teams had played earlier in the season but Sunday’s game was not even close. The Eagles added some points at the end but the Buccaneers were in control for most of it.

The season for the Eagles ended with a bad loss. But the team has a lot of options for next season. First, the team has its first pick as well as two others. One of the picks comes from the trade that sent Wentz to the Colts. He played the snaps required for the pick to go from a second rounder to a first. The three picks could be used to improve the defense or the offense since the team has a lot of veterans that could decide to retire. The Eagles have been mentioned as one of the teams that could offer a package for the QBs available. Hurts did have some good moments during the season so it would not be surprising to see him continue as the starter.

The Dallas Cowboys won the NFC East and many had them as a contender in the NFC. But their opponent to start the playoffs was the 49ers, a team that’s been somewhat strong despite the injuries and QB changes.

The Cowboys had a slow start and the 49ers held on in the end to advance to the divisional round. The season ends in disappointment for the Cowboys, a team that’s loaded with talent on the offense and defense. Dallas holds the 24th pick in the draft, which it could use to keep improving the defense. The offense doesn’t seem to be a priority after the additions of Cooper and Lamb, unless the team is planning to make changes on the line or to the running game.