NBA Trade Deadline: 5 Teams That Could Be Involved In Huge Trades The NBA Trade Deadline rumors are heating up, with several teams said to be interested in making major moves. Among the teams are some that are looking to keep a playoff spot and others focusing on the future. Here are 5 teams that could be involved in huge trades:

The Lakers are now under .500 after losing to the Pacers on Wednesday. The team is still holding to the 8th seed but they are in serious danger if things continue to go bad. The latest loss was against a Pacers team that is 16 – 29 in the season. The recent losses have sparked rumors that the Lakers are looking to make big moves.

LeBron James has been excellent throughout the season but injuries and not so good numbers from the rest of the roster have been pretty much putting the Lakers as one of the teams all in on the trade deadline. Talen Horton-Tucker is on the rumors as one of the pieces that the team could move to make a trade work.

The Celtics have already made some noise by trading for Bol Bol and P.J. Dozier. But the team is rumored to be interested in making other moves. CBS Sports recently reported that 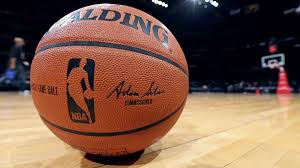 Al Horford is being made available. The page adds that other names reportedly in the trade block are Josh Richardson and Dennis Schröder.

CBS Sports recently posted what one analyst had to say about their current interest in trading for Simmons:

One report has ruled out that the team is looking to trade Fox. 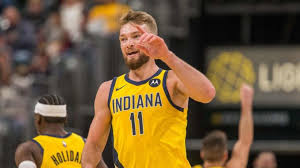 Domantas Sabonis and Myles Turner are among the players that could be moved to start a fresh roster for the rest of the season. The Pacers have struggled this season and rumors have mentioned that they might be interested in making big changes.

Indiana is coming off a win against the Lakers but the team is 16 – 29, seven games back from the eighth seed.

The Philadelphia 76ers still have Ben Simmons but recent rumors have mentioned that the team might be interested in including Tobias Harris as part of a deal that sends them to a new team.

The team reportedly wants a star player and recent reports have mentioned that Simmons is willing to sit out for the rest of the season if he is not traded. The star guard has not played for the team this season.