NFL Regular Season: 4 Teams That Have Impressed In Recent Weeks 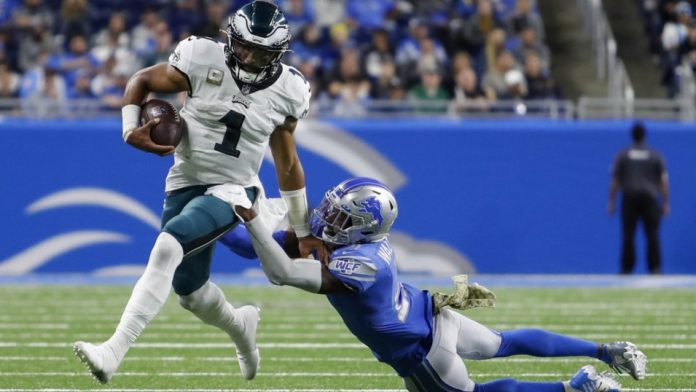 The NFL Regular Season is about to end and that means the playoffs are just around the corner. Some teams have done what many expected and impressed while others have come out of nowhere or have simply remained in the race despite losing players to injuries. Here are four teams that have impressed in the last few weeks:

The Eagles were among the teams that many had ending the regular season with a negative record. The predictions were not very surprising since the Eagles had just traded their quarterback and made numerous changes, including the signing of a new coach.

Philadelphia kicked off the season with a big win against Atlanta. But things took a bad turn in the next few weeks. The Eagles fell down the standings and it seemed like it would be a long season. The Cowboys gained a big lead in the NFC East and it seemed like any other division opponent would struggle to make it to the playoffs. But the Eagles have turned things around quickly. A strong running game combined with some big plays on defense have given the Eagles a spot in the playoffs. 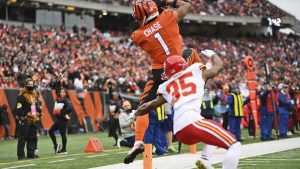 The AFC North is filled with good rosters but many had the Bengals as the team that would likely be in third or fourth at the end of the season. The division saw the Ravens take the early lead but things have not been great for Baltimore recently. The team lost its QB to an ankle injury and is currently on a five game losing streak. During that time, the Bengals won numerous games, giving them the division lead. Cincinnati is also coming off a big win against the Chiefs, which could put them as high as the second seed if the results next week go their way.

The Titans had a nice start to the regular season and many had them as a team that would probably make the playoffs. The team’s running game has been one of the best since Henry was drafted and the additions to the offense before the season made them even better. But Henry was lost to an injury and reports said he would probably be out for the rest of the season. Julio Jones also suffered an injury, leaving the offense without two talented players.

Most teams would struggle with those losses but the Titans have actually held on. With the loss by the Chiefs, the Titans are now the number one seed. What’s even better for them is that reports are saying Henry and Jones could be back for the playoffs.

The AFC West was very close at the start of the regular season and it seemed like it was open after the Chiefs struggled to take control like they had done in previous seasons. Kansas City has bounced back and returned to playing great football. The recent winning streak has given them the division but that doesn’t mean the other teams there have no chance.

The AFC West still has two other teams looking to make the playoffs. One of them is the Raiders, who have won three straight games. The Chargers and Raiders both have a 9 – 7 record and will look to secure a playoff spot next week. But the impressive run here has come from the Raiders, who appeared to be falling out of the playoff race not too long ago.

Las Vegas just won against Indianapolis and they have a chance to make the playoffs if they win against the Chargers on Sunday. They can also make it to the playoffs with a Steelers loss (Week 17 or 18) + Colts loss.

The three game winning streak to get back in the playoff race is impressive but many didn’t see the team doing this good after all the incidents and controversy that surrounded them in October and November. The Raiders managed to stay in the race despite losing a few players and a coach. In late October, Gruden stepped down shortly after a report revealed he used racist, homophobic and sexist language in emails. Then their first round draft pick the year before was involved in a crash in which a woman and her dog lost their lives. He was released by the team shortly after. Around the same time, the team waived its first round draft pick from 2020 after a video showed him waving around firearms while threatening somebody.