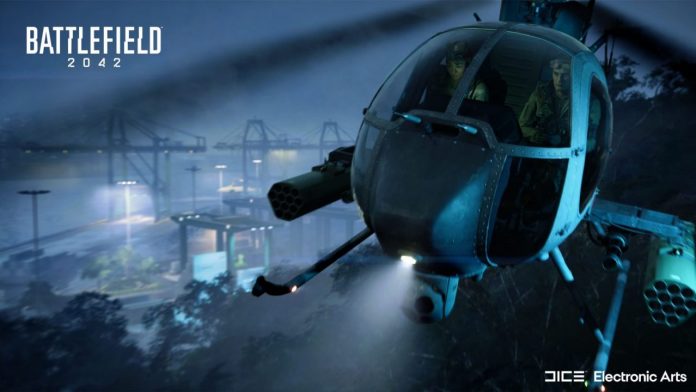 The petition comes just months after the disastrous release of Battlefield 2042. The action title launched with numerous issues and was immediately criticized by the community. BF 2042 launched with low scores across all platforms and reports say the game has been losing players since.

EA’s release of Battlefield 2042 was a mockery of every customer who purchased this video game for $70 (USD) due to EA’s false advertising.

Here’s what the petition says on the situation:

Battlefield 2042 has cost consumers millions of dollars in damages and upset thousands of customers worldwide.

According to many consumer reports, Electronic Arts and DICE did not keep many promises made at launch, and Battlefield 2042 was launched as unplayable. Even today, Battlefield 2042 has bugs that drastically change the in-game experience so much that it’s deemed an unfinished release by many community members.

In fact, Battlefield 2042 was so poorly made that even Steam, a highly reputable provider of PC video games, allows customers to get a full refund.

Signing this petition will get you one step closer to getting a refund on Battlefield 2042. Suppose this petition receives 50K signatures or more. In that case, one of the best class-action lawsuit lawyers in the country is willing to take our case against EA.

Signing this petition is the equivalent of saying, “I wish I got a refund on this game.”

Please sign this petition if you feel you deserve a refund for Battlefield 2042.

The gaming community should not tolerate this abuse and bullying from multi-billion dollar corporations who make unfinished games and false advertisements.

Battlefield 2042 is not the first game in the series to launch with issues and what many feel is an unfinished product. Battlefield 5 also received criticism but the situation now seems to be much worse than that game. Older releases have reportedly seen an increase in player count after the release of BF 2042, suggesting that many are still looking to play what Battlefield offered before.

The petition is quickly gaining signatures but some covering the situation do not think this will force the company to hand out refunds to those who request it. They do believe this will put pressure on the company, which has been repeatedly criticized for its controversial microtransactions and releases lacking content.

What do you think will happen? Did you buy BF 2042? Let us know in the comments.