Premier League: The Race For the Final Champions League Spot Is Heating Up 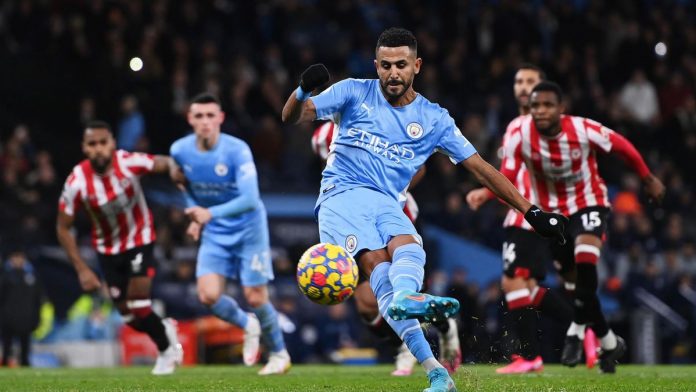 The Premier League still has plenty of games left but some teams appear to have almost secured a spot into next season’s Champions League. The league, where only four teams can make the tournament, has three that have pulled away from the others. But the fourth spot could provide a very interesting ending to the league due to how close everything is currently in the season.

We’ll be beginning with the league leader at the moment, Manchester City. The club has had some excellent league titles in recent years and this campaign is turning out quite well. City have only lost two games out of 25, with one of those losses coming in the first game.

Manchester City have managed to pull away from Liverpool, a team that is also at just two losses in the campaign. The difference is that Liverpool have a few more draws, which means less points.

Speaking of Liverpool, the team has reduced the City lead to nine points. The club also has one game less than City, which means things could get a bit closer if they keep winning. Liverpool is now focusing on the Champions League, which returns this week.

Third place is currently held by Chelsea, a team that began the campaign close to City and Liverpool. But the club has eight draws in the season, leaving them far back from the league leaders as of now.

Fourth place is where things start to get really interesting in the league. The spot is currently held by West Ham’s football club. The team has 41 points but there is no distance at all with fifth and the other spots. Manchester United are in fifth place with 40 points while Arsenal has 39.

Wolves and Tottenham are still in the mix at seventh and eighth. One has 37 points and the other 36. Wolves seem to be on the better run, winning four out of five. Tottenham has dropped down the standings in recent weeks after dropping three in the last five.

Manchester United is currently out of Champions League spots and if it all ends like this, it would be a disappointing season for the club. Signings such as Ronaldo and Sancho have been done to get the team to the famous tournament and into the league race. But so far, the team has struggled to win games and stay close to the top three.

Arsenal has slowly entered the discussion following a bad start to the season. The club does have a tough road ahead, with games against Chelsea, Wolves, Brentford, and Liverpool.

Wolves can make things even closer if they get a good result against West Ham later this month. But a few days before that, they have a game against Arsenal, another team that is looking to get that last spot.

Tottenham has a really tough game coming up against Manchester City. But the club is one of two that have handed City a loss in the league this season. Another good result here would get them right back in the race for the fourth Champions League spot.