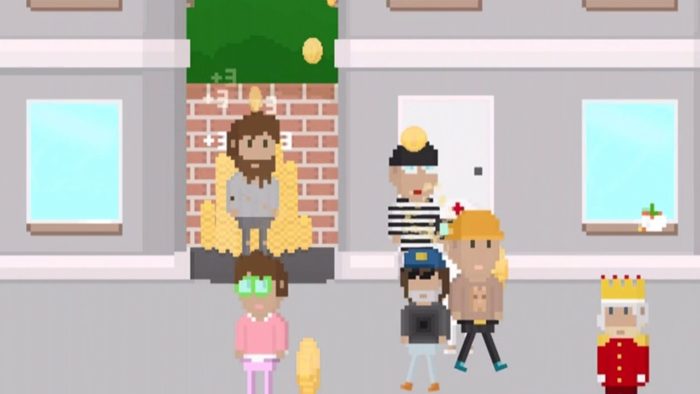 Virtual Beggar is a cool game where you play as a beggar who begs for money and, eventually, become rich. This game involves tapping for coins (tap to win) and managing your business empire.

5 Virtual Beggar Tips and Tricks In 2023

There are several things that you can do that’ll make the game easier. We’ll be going over some of them below.

1. Tap With As Many Fingers As Possible

Tapping is the most important aspect of the game—it’s how you earn money and you’ll need it to buy different things such as offices and power ups. The more you tap, the more money you’ll get. That way, you’ll progress through the game faster. Given that, you want to do everything you can to tap as quickly as possible, even if it means using all of your fingers.

Personally, we recommend tapping with two or three fingers as it won’t be much different than tapping with one finger. Of course, you can use more, if you want to. If anything, it might just take some getting used to as it may feel a bit clunky.

2. Get All the Coin Upgrades First

There are various types of upgrades that you can get in the game, each of which has its own perks. For example, there are upgrades for the Pets & Places tab that’ll allow you to get different pets and rides, the latter of which will send you to different areas of the map.

Before you get all that, however, you want to focus on the coin upgrades. After all, that’s what the game is about—getting money. By upgrading the coin category, you’ll be able to earn more money with each tap. Not only that but you can also boost the Passive Coin Upgrades. If anything, it’s super helpful as it’ll allow you to earn cash even when you’re not tapping the screen.

As a general rule, you want to go for the most profitable upgrades first. Ultimately, you want to get them while they’re still affordable (the pricing for all the upgrades will go up as you play the game).

3. Go For the Power-Ups Next

The second thing that you want to focus on are the power-ups. There are four types: Rush Hour, Payday, Coin Cannon, and XP Boost.

Rush Hour: Will drastically increase the rate at which people throw money on the ground. Not only that but it can also be upgraded to increase the speed at which passer bys walk, the length that the power-up lasts, and the value of the coins received. We recommend focusing on this first as it’ll become less profitable as you progress through the game.

Payday: Power-ups that drop from floating balloons. When active, they’ll significantly increase the amount of coins earned by workers. It doesn’t affect the amount made from tapping on the screen nor does it have an effect on the money made from Change on Tour. We recommend using Payday with workers with high coins-per-minute (CPM).

Coin Cannon: A rapid-fire coin launcher that requires one finger to use. Can be upgraded to increase the number of coins and experience points received (it will multiply the amount of coins by 1000x when maxed).

4. Work On Your Business Empire

Eventually, you’ll be able to unlock business rooms in the game, which will allow you to hire workers. This will ultimately bring you more cash. Given that, you want to unlock all of them as soon as possible (there are three rooms in total).

Be careful with who you hire, however. You want to avoid filling them with cheap and lazy workers as that’ll affect your profits. Ideally, you want to hire the more expensive workers as they tend to do a better job (each worker category has different jobs available – be sure to check them all out before hiring).

If you don’t have the cash to hire the more expensive workers, hire the ones that you can and send them to work. Remember, you can always hire them later, once you’ve got more money. To do that, simply tap on the work button from the construction menu and you’ll be able to choose the worker that you want to let go. We only recommend doing this if you can afford to replace them with a worker of higher value.

Also, don’t forget that you can also upgrade your building by purchasing more floors. To do that, all you have to do is tap on the top of your building.

5. Buy the Motel As Soon As You Get

The motel is a step up from the alley in that its inhabitants are wealthier than those in the alley. In other words, you’ll earn more money. That’s why you want to unlock it as soon as possible.

To do that, you’ll need 65,000 coins. It’s a hefty amount, especially at the beginning of the game, so you’ll want to save up. Having said that, you want to wait until after you’ve maxed out all of your coin multipliers and have hired three workers for your business. Any sooner, and it won’t do you any good.

Once you’ve got that out of the way, however, the motel is a must as it’ll unlock a ton of new options. To get it, tap on the shop button on the bottom left-hand corner of the home screen. From there, you’ll see different categories. Choose the one with the little animals and it’ll give you the option to purchase the motel.

6. Avoid Buying Clothes In the Game

If you’ve clicked around the menu, you’ll notice that you can buy clothes—ones that’ll change your appearance. Unless you have a ton of money, we don’t recommend spending coins on these items as it’ll only put you behind in the game. There are tons of other things that you want to spend your money on instead, such as power-ups.

And anyway, there will be opportunities where you can change your appearance for free later on as you continue to play the game. Some will also be available for a price. At the end of the day, it all depends on your level and achievements in the game.

Once you’ve gotten all the necessary upgrades, you can start investing in pets. Not only are they cute, but they’ll make passersby drop more money. Combine that with rush hour and it can greatly increase your earnings. Keep in mind, however, that they’re only active when you’re in the game; they won’t do anything unless you’re collecting money dropped by people.

To get a pet, tap on the Shop button. There are six types of animals that you can get: Cat, Dog, Bunny, Pig, Hamster, and Turtle, the last of which is the most expensive at 2.25 million coins. They all have their own “golden” counterparts as well that you can get for VC. While they’re quite pricey, some of them can make a big difference in terms of VC income. Take the golden turtle, for example, it can easily triple or quadruple the amount of VC you earn during your work shift.

The library is accessible as soon as you start playing the game. It has four main features: Pong, BegChat, Virtual Stacker, and Books.

Pong: Allows you to play the hit classic game with a AI player. To play, you must pay a certain amount, which will depend on how far you are in the game. The prize money will be double that number. For example, if you bet 25K, the winnings will be 50K. You can play up to three times a day.

BegChat: An online chatroom where you can talk with other players online. Players can also gift virtual cards to other players. Not only that but they can also invite them to their garage. You must have WiFi in order to use the feature.

Virtual Stacker: A stacking mini-game where you can win virtual cards and coins (the former is fixed while the latter will depend on game progress). The first play is free, after that, it will cost five VCs each time.

Books: A table with books in the library where you can “train” your workers by getting them to study. This will increase their level quickly. Simply click on the books and a menu will come up allowing you to set them to study. There are three types of “studies” to choose from: Study, Study Hard, and Book Marathon, each of which has different costs.

Unless you’re a pro at pong, we don’t recommend playing the game as it can be quite difficult and if you don’t win, all you’ll be doing is losing money. Also, you may want to avoid the books area unless you have extra cash. You’ll need to spend money in order to use the feature, after all, which makes little sense, especially at the beginning stages, seeing as how your workers will get experience anyway from working.

Virtual cards (VCs) are a second type of currency that you can get in the game. They’re harder to obtain than coins, which makes them a ‘premium’ currency’. And there are several things that you can use them on. For example, if you have enough VCs, you can get golden workers, which will allow them to be carried over to succeeding playthroughs.

Not only that but you can also use them on the “Change on Tour” feature, which will allow you to send passengers to various locations—that’ll allow you to earn more virtual cards and coins (it will cost you 3 million coins to unlock the feature). And the higher level you are, the more locations will be available. You can also spend VCs to upgrade your bus speed, which will boost your overall earnings. (

If you have enough VCs, you can also get a golden pet, which will increase the amount of VCs that you’ll earn while playing. The golden turtle, in particular, is super helpful but will cost you 2000 VCs.

In terms of how to get virtual cards, you can purchase them at the Virtual Cards store for real money, or you can get them by progressing through the game. For example, you’ll get some VCs every time you complete a task or level up. You can also win them from Spin 2 Win, Animal Fever, or Scratch Cards, and be gifted them in BegChat.

The game is unique in that it has an upgrade called “Ultimate Donation (UD)”, which is basically a game reset that gives you various in-game boosts. For one thing, you’ll be given three stat points for every UD (otherwise you’ll need to purchase them with virtual cards).

Another benefit is that it’ll grant a multiple to the coins that you receive as a beggar. The multiplier starts at 2x and will go up randomly (up to 8x) at level 5, after which it will increase by 1x for every level.

On top of all that, it’ll give you a percentage bonus for your bus passengers as well as an XP multiplier boost. In terms of the actual percentage, it will depend on how many ultimate donations you’ve done. The more you’ve given, the bigger the boost.

Note: You can do your first Ultimate Donation at level 43. Given all the perks involved, we recommend you do it as soon as possible (golden pets, golden employees, bus passengers, clothing, and achievements will not be affected by the reset).

Paige Turner
Paige is a freelance writer based out of Chicago, When she isn't writing you can probably find her walking her 6 month old golden retriever down at the park.
RELATED ARTICLES
Gaming