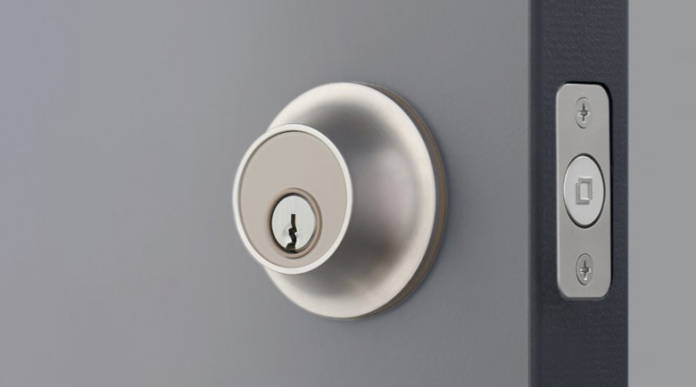 Apple stores in the U.S. have a new product—a front door look that can be unlocked using an individual’s iPhone or Apple Watch. Priced at $329, it’s the first Home Key-supported lock that’s available at Apple Stores.

When installed inside a front door, it can be locked and unlocked with a single tap using the Apple Home Key, a feature that uses secure tokens and NFC in Apple’s software. The user can also send keys to their friends or automate the process entirely.

First announced in 2021, the Home Key is Apple’s newest attempt to digitalize things that are typically carried in a pocket or physical pocket (e.g. cash, keys). If anything, the software feature makes the iPhone more valuable so that individuals are less likely to switch to other smartphone brands.

In addition to the Apple Home Key, they also announced a Room Key, which puts hotel keys in the phone’s virtual wallet app, and a Car Key, which can be used to unlock certain cars such as Hyundai and BMWs.

Prior to its release, the only lock model that could be used with the Home Key feature was the Schlage Encode Plus. This led many to speculate whether or not other companies would be launching supported devices over the past year.

The popularity of the new device was revealed when users and reporters were able to locate the product at a few Apple stores after it accidentally went on sale early over the past week.

However, many people were disappointed to learn that Level won’t be updating the firmware on its old locks to support the new Home Key. Rather, they will need the Level Lock+ that’s now sold online or at Apple Stores.

Martin, the CEO of Level, also stated that they do not have any plans to do a firmware update for Touch.