Average Yearly Salary Increase – How Much of a Raise Is Normal In 2023? 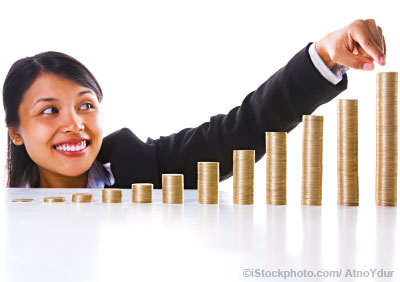 How much money makes for a good raise? Most people commit to long-term careers under the assumption receive raises for their consistent hard work. For some people, even a small raise makes a big difference. Yet there are still many other people who find the average raise unsatisfactory.

The feeling one’s work is worth more than their current rate is a common feeling among the working class in the United States. In fact, only 55% of workers in the USA believe they are paid enough. Some may be right – factors such as inflation and the increasing cost of living sometimes make a raise almost necessary.

How Much is the Average Yearly Pay Increase?

Most companies give their employees a three to five percent wage increase every year. This might not seem like much but it can quickly add up over time, giving you a much higher income than when you first started.

Keep in mind, however, that that’s just an average. Some employers may offer an even greater increase if you’re valuable to the company and they’re able to compensate you more.

Depending on where you work, you might even get non-cash benefits or perks. For example, some companies offer transportation reimbursement and travel benefits for their employees. There may also be career development programs available, which can help increase your earning potential in the future.

What do employers look at when deciding whether or not to give someone a raise? A lot of things. For starters, they’ll look at your job performance. If you perform your job well or exceed expectations, they may decide to increase your wage. The industry that you’re working in matters as well. For instance, companies in fast-growing industries are more likely to offer salary increases.

When to Ask For a Raise

Timing is super important when it comes to asking for a raise. If anything, it can significantly impact the results. For example, if you recently started working at a company, t’s best to wait at least six months before asking for a raise.

It’s also a good idea to ask when your company experiences success (e.g. the signing of a major deal or project). You can also ask after completing an important project- one that shows your contributions to the company.

How to Increase your Salary 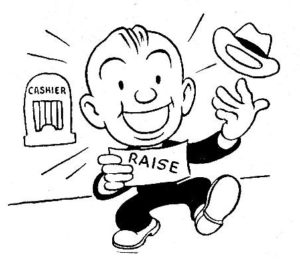 Getting a raise is not always straightforward. Although some people may simply approach their boss, every company may have different guidelines or suggested etiquette.

Raises may be sensitive matters within a company. Be sure to consider what situation your company is in. If your company is facing hard times, wait until it fares better before requesting a raise. Conversely, don’t act entitled to a raise if your company suddenly starts doing well.

Here are some tips on getting a raise: