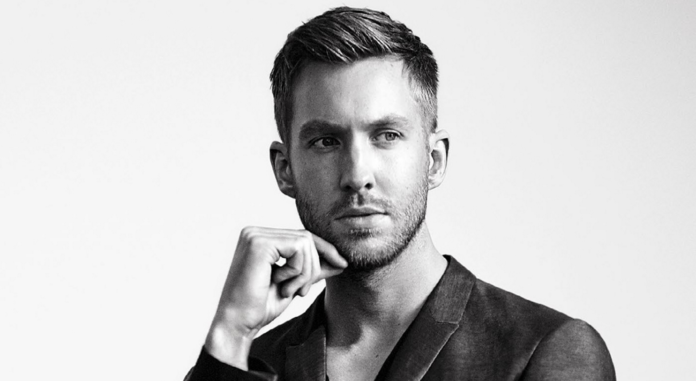 Calvin Harris is a 6’6″ tall singer-songwriter that was born in Scotland. He is most well-known for his third studio album called 18 Months which came out in 2012. He’s been featured along with many famous artists such as Rihanna, Gwen Stefan, and Pharrell Williams.

How Calvin Harris Got Famous

Calvin Harris was born Adam Richard Wiles on January 17, 1984, in Dumfries Scotland. His father was a biochemist and his mother was a homemaker. When he was in high school, Calvin Harris stocked shelves in supermarkets and also worked in a local fish processing factory. He needed money to purchase DJ gear, which he used to record demos in his bedroom. He posted music and videos on his MySpace page, and he got really popular. He caught enough attention to warrant Mark Gillispie, who was a talent agent that founded his own management company, to sign him on.

Calvin Harris actually signed contracts with three separate agencies that year. Sony BMG was his recording agency, EMI was his publishing agency, and 360 group was his management. The next summer, Calvin came out with his first album called I Created Disco. Calvin took a heavy role in all 14 tracks, having written, produced and performed all of them. Calvin Harris then went on a tour of the UK in order to promote his album. I created disco got to number 19 on the charts for the US Top Electronic Albums as well as number eight on the UK Albums Chart.

In August 2009, Calvin Harris put out his second album called Ready for the Weekend. This one saw instant success, coming out at number one on the UK albums chart. After it was out for two months, it was certified gold by the BPI. Again, Calvin did most of the work on the album and wrote, produced, and sung 11 of the 14 tracks. Calvin promoted the album on YouTube by hosting a series of videos called JAM TV where he featured musicians like Katy Perry and Florence Welch. In 2010, Calvin Harris decided to stop touring live and stop being the lead vocalist in his music, focusing instead on writing and producing.

In 2012, Calvin Harris released a new album called 18 months. During this time, Calvin worked a lot with the singer Rihanna. He was one of the opening acts on her Loud tour. He produced her song We Found Love which was a major success. The song was a chart topper, and you couldn’t go anywhere in 2011 without hearing it. In 2012, Calvin Harris was featured as the house DJ for the MTV Video Music Awards in Los Angeles. It was at these awards that he won Best Electronic Video and Video of the Year.

Kevin Harris would go on to put out two more albums, with one coming out later in 2017. He continued his collaborations with an impressive amount of celebrities. In addition to his music, Calvin Harris also has his own label called Fly Eye Records. In 2015, Calvin Harris became a co-owner in Tidal, which is a music streaming service along with Jay Z, Beyoncé, Chris Martin, and Kanye West, among others.

Calvin Harris has stated an impressive amount of celebrities. The total DJ has been paired with Ellie Goulding, Rita Ora, model Aarika Wolf, singer Taylor Swift, and Tinashe. Calvin Harris is single at the moment. 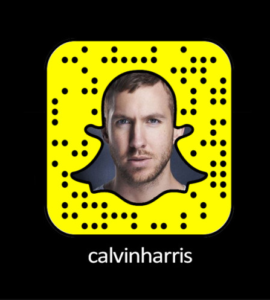 Calvin Harris has an impressive 13,500,000 followers on his official Facebook page. He does not appear to have a public personal Facebook profile. You can find tour dates, professional photos, and videos of Calvin’s music. You can join Calvin’s followers by clicking here.

Calvin Harris has 8.7 million followers on Instagram, and you can join them by clicking here. The DJ post often. A lot of his post feature album art, but you also get professional photos and videos of his DJ performances. You can follow him by clicking here.

Calvin appears to be his most real on his Twitter account. In addition to the posting official videos and photos, you also get occasional tweets such as “All my songs in 2017 have been sonically designed to make you feel f***ing incredible.” Click here to follow Calvin Harris on Twitter.

What is Calvin Harris’s Kik Username or Code?

Calvin Harris does not appear to have a personal Kik name.

If you’re looking for all of Calvin’s official videos as well as a collection of all of his remixes, you should absolutely follow him on YouTube by clicking here. He has over 11 million subscribers.