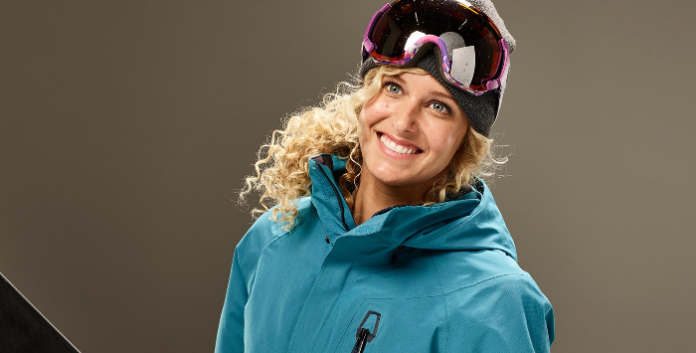 Lindsey Jacobellis is one of the best known American snowboarders. During her 15-year career, she has won numerous snowboarding competitions and even an Olympics medal. Today, we are taking a quick glimpse at her career, and finding out where you can follow her online if you’re a fan.

Prior to her Olympics debut in 2006, she competed and won the bronze medal in slopestyle at the Winter X Games of 2003. At the Olympics, she was about to win the race (and thus the gold), with a 140 ft lead over the second place. She decided to have some fun and did the method grab maneuver, which caused her to lose balance and fall. Tanja Frieden quickly passed her to win the gold, and Jacobellis finished second.

In the following years, she was having injury problems but returned in 2011 to win her fourth golden Winter X Games medal. At the 2014 Sochi Winter Olympics, she finished 7th overall, mainly due to a crash in the semi-final race. Lindsey is currently competing at the 2018 Pyeongchang Winter Olympics, where she will hopefully have more luck than she did at her previous Olympics appearances.

If you’re here to find out what is Lindsey Jacobellis’ Snapchat username is, look no further. Up next, we’re taking a look at all of her social media profiles, including Snapchat, of course. Let’s get into it! 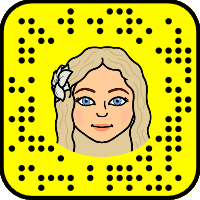 Lindsey Jacobellis’ Snapchat username is @LBJ19. You can follow her by clicking on the username, or by scanning the above Snapcode directly from your app.

If Lindsey Jacobellis’ Snapchat account isn’t enough for you, don’t worry, because we have lots more in stock. Here’s a list of all her other social media profiles and apps that she uses:

Lindsey Jacobellis Facebook Account – Jacobellis’ official Facebook page has just under 20,000 likes and followers. She isn’t too active on it at the moment, but hopefully, that changes in the future.

Lindsey Jacobellis Twitter Username – Her Twitter tells a similar story. On her official account, @LindsJacobellis, she has around 13,000 followers, probably thanks to her tweeting very rarely. At this time, her last tweet was in October!

Lindsey Jacobellis Instagram Username – Lindsey’s most active account of the three is her Instagram. @LindseyJacobellis has 55,000 followers and (thankfully) posts a picture every couple of days. Instagram surely is a great place to catch up with her.