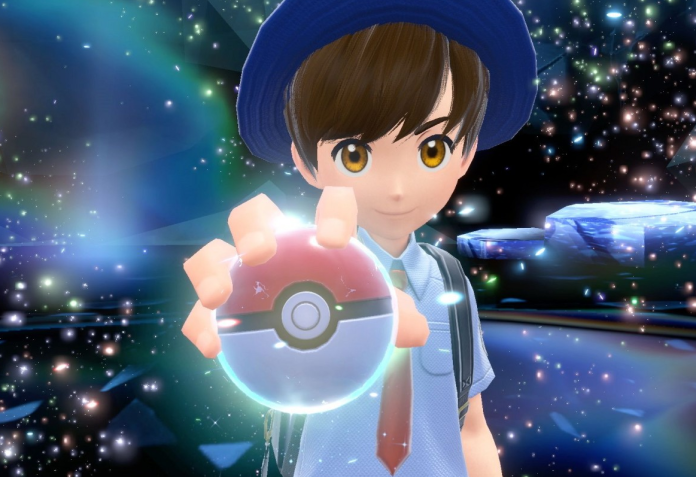 According to the presentation, players will begin their journey in Paldea, a region known for its open spaces, wastelands, mountain ranges. and towering peaks. They will travel through different lands including a port town and a farming village. There will also be a bustling marketplace and all throughout, they’ll get the chance to encounter various types of Pokemon.

In the center of Paldea is Mesagoza, the largest city where players will find either the Uva or Naranja Academy (the name and decal will differ depending on the version being played). A Rotom Phone will also be available and with it, players will be able to access the Pokedex as well as the map app, the latter of which will show their location. In addition to that, they’ll be able to see information on wild Pokemon, Pokemon Centers, and nearby towns.

This phenomenon is unique to the Paldea region. When a Pokemon Terastalizes, it will shine and glimmer with a jewel over its head. There are no limitations. All Pokemon can Terastalize; this will boost the power of any moves that are the same as their Tera type.

However, you can only do it once per battle. To Terastalize a Pokemon, you must use a Tera Orb. It will also have to be recharged after each use. This can be done by going to a Pokemon Center. Alternatively, you can charge the orb by touching gems with Terastal energy.

Different Pokemon will appear depending on whether you’re playing Pokemon Violet or Pokemon Scarlet. For example, Eiscue and Bagon will only appear in Pokemon Violet.

Two new Pokemon have also been revealed- Ceititan, an ice-type, and Fidough, a fairy-type. A regional form of Wooper was also introduced. A poison/ground Pokemon, its body is covered with a poisonous film, which sets it apart from the normal Wooper.

The Legendary Pokemon: Miraidon and Koraidon

Players will encounter a Legendary Pokemon at the beginning of the game- either Miraidon or Koraidon- depending on the version. Unlike previous legendaries, these Pokemon can change their forms to better suit their terrains.

Glide Mode: This will allow players to jump and glide from tall buildings, cliffs, or mountains.

Drive Mode: This will allow players to traverse the region more freely.

Those who preorder the game will receive a special in-game Pikachu, which knows the move Fly (which it can’t normally learn). It will also have Flying as its Tera Type. To receive the gift, players will have to connect to the internet and use the Mystery Gift feature by February 28, 2023.

Players who purchase the digital version of Pokemon Violet or Pokemon Scarlet will also receive an Adventure Set that includes 10 Potions, 5 Full Heals, 3 Ethers, 3 Revives, 1 Rare Candy, and 1 Nugget, via a serial code.

Those who purchase the Pokemon Violet and Pokemon Scarlet Double Pack will also receive codes that will give them 100 Pokemon Balls.

Not only that, but players will also be able to journey together in the same space with the new Union Circle feature.