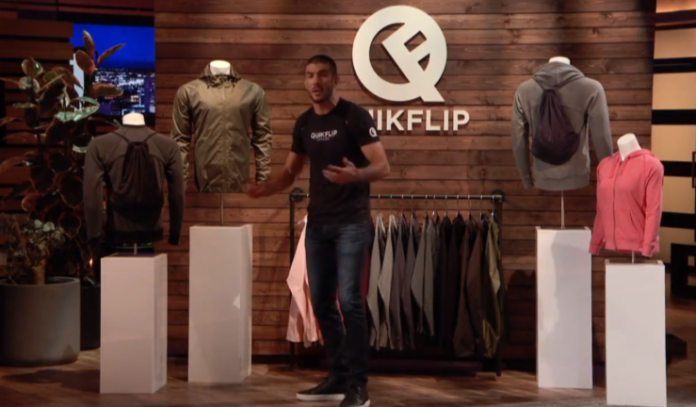 Quickflip is a clothing line that was developed by Rener Gracie to give people an easier way to carry their hoodies when they are outdoors. The weather can be unpredictable and often people leave their homes with a jacket on but will find themselves sweating a few minutes later as the sun comes out.

Quickflip hoodies turn into bags when flipped inside out and this makes them easy to carry around when you no longer need to wear them but have nowhere to place them. Rener Gracie was inspired to make this product after he went to play with his son in the park and found that he had no way of placing his hoodie.

The Quickflip hoodie has adjustable straps so the user can wear it comfortably and it can be carried around even when doing intense physical activity. Quickflip has a variety of clothing. The Gracie family started getting famous in the martial arts world but has been selling apparel since that time. Quickflip needed more funding because it couldn’t keep up with sales so Rener applied to be on Shark Tank and he was called to be on the 23rd episode of the tenth season.

Rener went onto Shark Tank seeking $500,000 and he offered 5% of the company. After he gave his presentation, he gave the sharks some sample hoodies to try on. He also showed them the other clothing options that they provided. 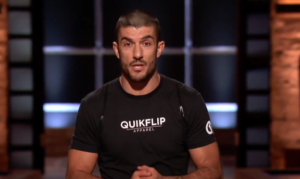 Lori wanted to know the sales price of the hoodies and she was told that their sales price was between $40 and $50. The cost of manufacture was between $13 and $15. Robert asked what their sales method was and Rener told him that they mainly relied on online sales. Rener said that they would first do compilate tests online and then sell them and they had already sold 5,000 units.

Rener then showed them the other products and told them how he was led to make the different variations of the Quickflip hoodie. He also had children’s sizes. Rener told them that the success of his sales led him to retailers in Costa Rica, Seattle, Hawaii, and Miami calling to make orders. They wanted quickflip hoodies that were more waterproof and durable.

Quickflip then developed the waterproof hoodie which Rener showed to the sharks. Due to his fast pace, Daymond had to interrupt Rener to ask him when the sharks would get to talk. Rener said that the sharks would get time soon enough. Kevin then asked for some sales numbers since the company had been valued at $10,000,000 which was quite high.

Daymond asked him to justify his $10,000,000 valuation given his low sales. Rener said that Quickflip had the potential to have 4 revenue streams. The first was the direct-to-consumer market. The second avenue was through the promotional products industry. The third revenue stream was the licensing of the technology and the fourth revenue stream was retail. Rener did not have the expertise for retail but he was certain a shark could help him with it. 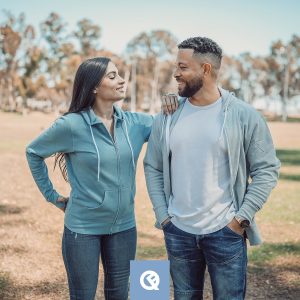 Robert asked Rener if any of his content was proprietary. Rener said he had 4 patents pending. 2 of them were utility patents and 2 of them were design patents. Robert then asked Daymond if Rener was likely to get any of the patents. Kevin said that he would get a patent but it is unlikely that it would stay for long. Lori agreed and said that even if they got them they would likely have copycats that they would have to fight and it would cost a lot.

Mark Cuban wanted to know why he needed more money since he seemed to be doing quite well. Rener said that he couldn’t keep up with the sales orders. Mark Cuban said that he didn’t see the purpose of the bag since it was so easy to carry a backpack. Rener said that if everybody felt the way Mark did he wouldn’t be making such fast sales.

Kevin then left. He said that Rener had asked for too much money too soon. Robert thought that the brand was ideal and he would like to invest but the amount was too high. He offered Rener $500,000 for 10%. Rener said that they would finish that year with around $1,200,000 in sales.  The following year they were expected to do $5,500,000 in sales.

Rener then said that he would accept $250,000 as cash and $250,000 as credit for 10% of the company. Rener then asked whether other sharks would want to partner with Lori but Lori said that she wasn’t interested in partnering with anyone. Rener then accepted the offer.

Quickflip Now in 2022 – The After Shark Tank Update 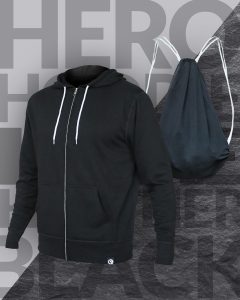 Quickflip has been granted at least one patent since the time that it was on the show but the deal with Lori did not go through. Despite this, Quickflip has expanded and now has its products stocked on Amazon.  Quickflip is currently generating revenue of around $4,000,000 annually. The company is also valued at $3,200,000.

On social media, Quickflip has more than 23,000 followers on Facebook and more than 28,000 followers on Instagram. The company is located in California and it continues to provide employment to the people in the location. The failure of the deal to go through has not dampened their spirit in any way.