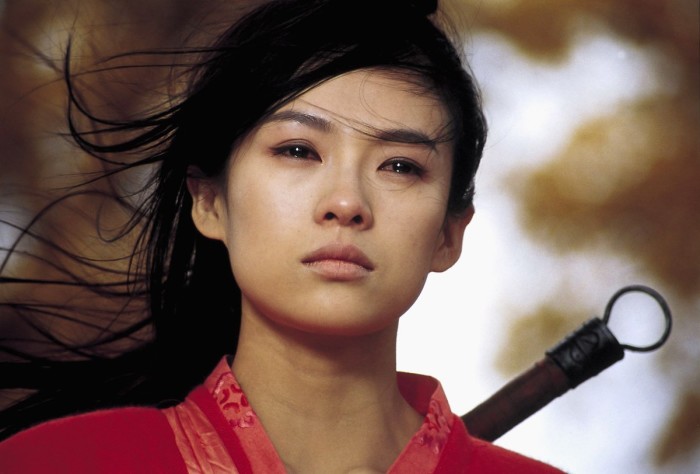 There are seven continents on this planet and the largest one is Asia, so it’s no surprise there would be hundreds upon hundreds of successful people living there. Some are business people while others are entrepreneurs. Asia has some of the most beautiful landscapes and some of the richest history we’ve ever seen. If you’ve never visited there before then I’m sure it’s on your bucket list. Just like every other successful nation, Asia has its own set of political issues. But the people on this list have persevered through that.

Without further ado, here’s a list of some of the wealthiest people in Asia. 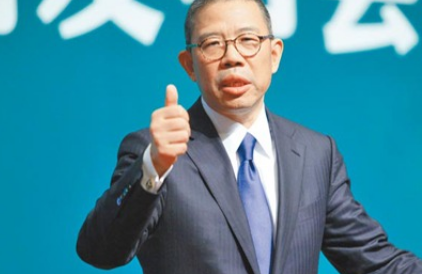 Zhong Shanshan is the majority owner of Beijing Wantai Biological Pharmacy Enterprise and the founder and chairperson of Nongfu Spring, a bottled water and beverage company that’s headquartered in Hangzhou, Zhejiang.

Born in 1954, Zhong dropped out of grade school during the cultural revolution and began working in construction. He later studied Chinese at the Zhejiang Radio & TV University in 1977. Upon graduating, he worked as a journalist for a few years before entering business in the late 80s.

In 1996, he founded a bottled water company, which is now known as Nongfu Spring. Aside from water, which is sourced from 10 natural springs across China, they also sell water-soluble vitamin C drinks, coffee, milk tea beverages, sugar-free teas, and soft drinks. In 2019, they made more than $3.4 billion USD in revenue, which was a 20% increase from the previous year. The following year, they signed a two-year contract with the International Swimming Federation as a partner for their major events.

Unlike other businessmen, he maintains a low profile and tends to stay away from the public eye—this has earned him the nickname, “lone wolf” by the media. He currently lives in an apartment in the Xihu District in Hangzhou.

Takemitsu Takizaki is the founder of Keyence, a Japanese company that makes electric sensors, barcode readers, digital microscopes, vision systems, and laser markers. They’re used in a variety of industries including the automotive, electronics, pharmaceutical, biotechnology, and food and packaging industries. For their work, they received an Outstanding Structure Award by the IABSE in 2000.

Based in Osaka, he founded the corporation at the age of 29. A fabless manufacturing company, they specialize in product development and planning and don’t actually manufacture the final products. Rather, they’re produced in contract companies.

As of 2023, their products are used by more than 300,000 customers worldwide. Not only are they sold in Japan, but they’re also shipped to the United States, Germany, Canada, Thailand, France, Italy, South Korea, Singapore, and many other countries.

In total, he served as the chairman for 41 years before stepping down in 2015 at the age of 70. However, he remains on the Board of Directors. Not only that, but he’s also an Honorary Chairman.

As of 2023, the company employs over 8,300 employees worldwide and makes more than $4.9 billion in sales every year. 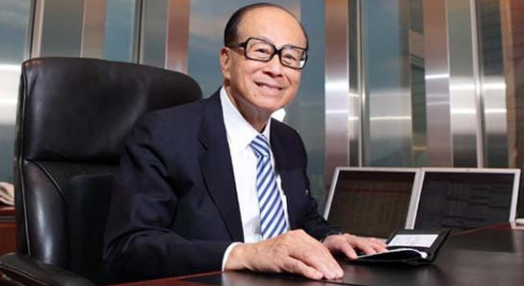 Li Ka-Shing is a Hong Kong investor and business magnate. The senior advisor of CK Asset Holdings and CK Hutchison Holdings, he is considered to be one of the most influential entrepreneurs in Asia. His business empire has a diverse portfolio of businesses in a number of industries from real estate to transportation.

In Hong Kong, his conglomerate company is influential in several factors of the economy and makes up 4% of the capitalization in the stock market. Because of his business prowess, he is often called “Superman Li” in Hong Kong.

A generous philanthropist, he has donated billions of dollars to a number of philanthropic causes and charities. In fact, he owns the second largest private foundation in the world, after Bill Gates. In 2018, he and his foundation donated $5 million for the victims of the Palu-Donggala Tsunami and Earthquake disaster. The following year, he was included in Forbes Magazine’s list of Most Generous Philanthropists outside of the US.

Despite his wealth, he’s known for leading a frugal lifestyle. He’s often seen wearing simple black dress shoes and has lived in the same residence in Deep Water Bay, Hong Kong Island— one of the most expensive areas in Hong Kong— for several decades.

Tadashi Yanai is the founder of Fast Retailing, the parent company of Uniqlo. Founded in 1949, the clothing store is known for its high-quality and affordable casual wear. They opened their first urban store in Tokyo’s Harajuku district in 1998, which was quickly followed by a number of outlets throughout Japan.

As of 2023, there are more than 2,300 Uniqlo stores worldwide. Aside from Japan, they can also be found in Australia, Belgium, Bangladesh, China, Canada, India, Germany, France, the United States, Taiwan, and many other countries. Altogether, the company employs over 30,000 workers across the globe.

Aside from Uniqlo, he owns several other brands including GU, Theory,  Comptoir des Cotonniers, and Princess Tam-Tam. In 2012, he also acquired 80% of the premium denim company, J Brand, for $290 million plus $10 million in legal fees. And up until 2019, he was a member of the board of Softbank, one of the largest multinational conglomerate holding companies in Japan.

In March 2011, Yanai donated 1 billion yen to the victims of the Tohoku earthquake and tsunami. He currently lives in a $50 million mansion outside of Tokyo and owns a couple of golf courses in Hawaii. 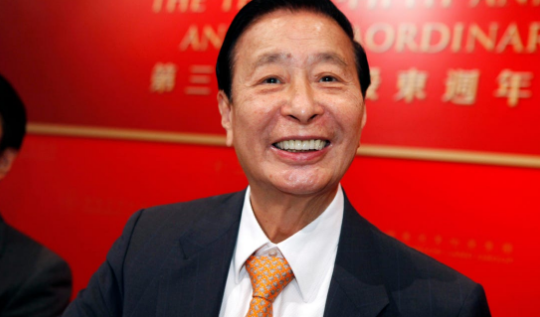 Prior to the handover of Hong Kong in 1997, he was the fourth-wealthiest man in the world.

After serving as the chairman and managing director of the company for several decades, he stepped down in 2019 at the age of 91, in favor of his sons Martin and Peter Lee.

Colin Huang is the founder of Pinduoduo, one of the largest e-commerce companies in China. Based in Shanghai, the agricultural-focused technology platform offers fresh produce and other perishables from suppliers to consumers. If anything, they have pioneered the consumer-to-manufacturer (C2M) and social commerce trends.

As of 2020, they generated more than $262 billion in gross merchandise value. That same year, he stepped down as the company’s CEO, though he remained as the chairman (he’s since stepped down from the position).

Prior to launching Pinduoduo, he interned at Microsoft and also worked as an engineer at Google. Not only that, but he also launched two other technology-based companies – Ouaku, another e-commerce platform, and Xinyoudi, a gaming business.

A well-known philanthropist, he donated 8% of his stake to the Pinduoduo Partnership in July 2020. He and the Pinduoduo founding team has also donated $100 million to the non-profit, Starry Night Charitable Trust, which aims to support research in agriculture, food, and biomedical science. 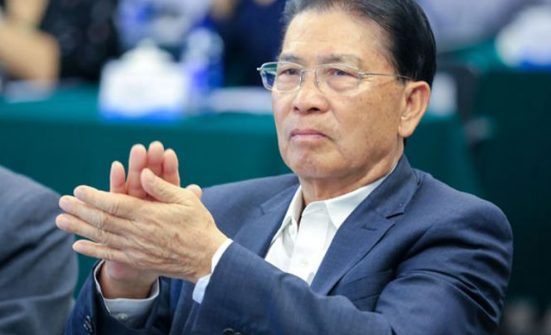 He Xiangjian is the founder of the Midea Group, one of the largest appliance makers in China. Headquartered in Foshan, Beijiao Town, Guangdong, and Shunde District, they produce a variety of products including refrigerators, lighting, small kitchen appliances (Whirlpool, Black+Decker, Toshiba microwave ovens), and laundry appliances.

Not only that, but they also produce commercial and home products in ventilation, heating, and air conditioning, and automative parts such as oil pumps, compressors, electric water pumps, and power steering motors. In fact, they’re one of the largest producers of robots and appliances in the world.

After running the company for 44 years, Xiangjian stepped down from operations in 2012, leaving his son He Jianfeng in charge as the director. An art collector, he currently runs the He Art Museum, a privately-funded museum designed by Tadao Ando. Located in Shunde, Foshan, it features a double-helix staircase, which symbolizes the idea of harmony.

Masayoshi Son is a Korean-Japanese billionaire investor and philanthropist. A third generation “Zainichi Korean”, he became a naturalized Japanese citizen in 1990 and founded the Japanese holding company, SoftBank, in 1981.

In 2000, he made a $20 million investment in Alibaba Group, which has since grown to be worth more than $130 million. One of the most powerful people in the world, according to Forbes Magazine, he has acquired numerous companies over the years including Arm Holdings, one of the largest technology companies based in Europe.

Not only that, but he has also invested in many companies in the transportation, retail, and real estate industries. He’s also the owner of the professional Japanese baseball team, the SoftBank Hawks.

In 2017, the SoftBank Group also established a $100 billion Vision Fund, which went toward artificial intelligence, robotics, and other emerging technologies.

He and his wife currently live in a $50 million three-story mansion in Tokyo. They also have a golf course—one with special technology that can mimic the temperature and weather conditions of the world’s best golf courses. He also has a $117 million property near Silicon Valle in Woodside, California. 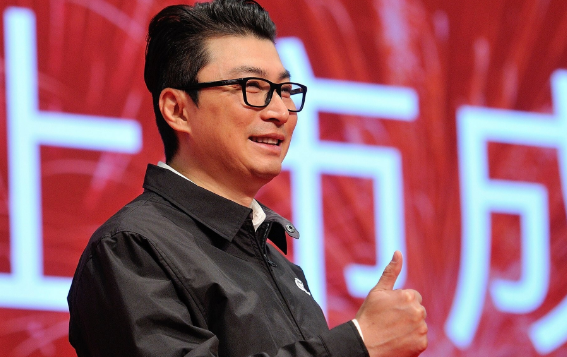 Wang Wei is the founder of SF Express, a multi-national delivery services company. The second largest courier in China behind China Post, they provide both international and domestic express delivery and have a fleet of 69 cargo aircraft, including 17 Boeing 737s, 37 Boeing 757s, 13 Boeing 767s, and two Boeings 747. As of 2017, they have more than 400,000 employees.

They also have more than 500 online shopping service community stores across China and operate one of the largest self-service locker kiosk networks in Hong Kong. And in 2019, they acquired the supply chain operations in Hong Kong, China, and Macau from Deutsche Post DHL.

Born in Shanghai, China, Wang and his family moved to Hong Kong when he was seven years old, where he attended elementary and high school. Upon graduating, he worked in the manufacturing sector in Guangdong province. It wasn’t until the early 90s that he founded ShunFeng Express to speed up the process of getting samples to Hong Kong-based buyers as there were often long shipping delays.

Peter Woo is the former chairman of Wheelock and Company Limited, a Hong Kong-based real estate company with interests in property management, property development, and property investment. That’s not all, he’s also the chairman of The Warf Holdings, which runs dockside and wharfage warehousing.

Born on September 5, 1946, he moved to Hong Kong with his family at the age of three. After primary school, he went to St. Stephen’s College, a government-funded boarding school, which is also the largest in the country. From there, he studied at the University of Cincinnati, where he majored in mathematics and physics. He later obtained an MBA from Columbia Business School.

For the next few years, he worked at Chase Manhattan Bank in Hong Kong and New York. He later became the chairman of the property developer, Wheelock & Co, a position that he served until 2015. As of 2023, the group owns various investment properties including Times Square in Hong Kong, Harbour City, Marco Polo Hotels, i-Cable Communications, and other businesses. Woo himself also owns the high-end luxury group LCJG which includes the premier fashion house, Joyce, and Lane Crawford.

He is also on the advisory board for a number of Fortune 500 companies including General Electric, Chase Manhattan Bank, and JPMorgan Chase.

David Stewart
I really enjoy learning anything I can about a wide variety of subjects. Other hobbies include playing League of Legends, World of Warcraft, and just generally staying current in the going-ons of todays world, from politics to gaming news.
RELATED ARTICLES
Business