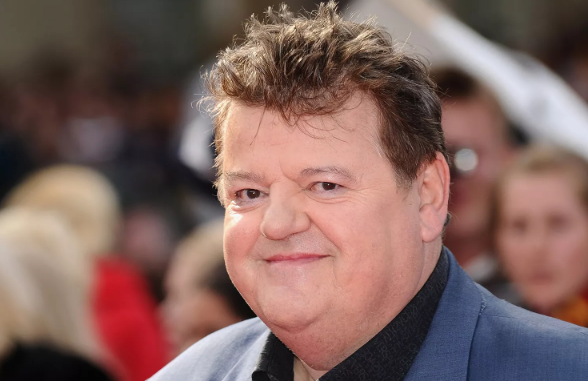 Robbie Coltrane, who starred in the Harry Potter films, has died. He was 72. Belinda Wright, his agent for many years, confirmed in a statement that he had died in a hospital in his native Scotland but did not offer any other details. She described him as “brilliantly witty” and stated that his role as Hagrid brought joy to adults and children all over the world.

The actor and comedian, who was known for his baby face, is survived by his sister, his children Alice and Spencer, and their mother.

Following his death, many fellow actors have paid tribute to Coltrane including fellow Harry Potter star Daniel Radcliffe, who wrote that “[he] was one of the funniest people [he’s] met” and that he used to “keep [them] laughing constantly as kids.”

JK Rowling, the author of Harry Potter, also paid tribute to the actor on Twitter, describing Coltrane as “a complete one-off” and an “incredible talent.”

Actor Hugh Laurie, who starred alongside Coltrane in the British sitcom Blackadder, recalled their time together when they shared car rides between London and Manchester and tweeted that “[he’s] never laughed or learned so much in [his] life.”

Born Anthony Robert McMillan, in Rutherglen, South Lanarkshire, the Scottish star was the son of pianist and teacher Jean Ross and physician Ian McMillan. After graduating from Glenalmond College in Kinross and Perth, he made his acting debut in the 1979 series Play for Today. He later gained fame after starring in the BBC comedy A Kick Up the Eighties, which also starred Rik Mayall, Miriam Margolyes, and Tracey Ullman. He also appeared in the popular 1983 comedy Alfresco alongside Emma Thompson, Fry, Hugh Laurie, and Siobhan Redmond.

He then starred in the ITV series Cracker, which gained him further fame. His portrayal of criminal psychologist Dr. Fitz also earned him three consecutive Bafta Awards for Best Actor.

However, it wasn’t until he was cast in the Harry Potter film series, that his popularity soared. He ended up starring in all eight movies alongside Daniel Radcliffe, Emma Watson, and Rupert Grint. Last year, he also appeared in the Harry Potter reunion special.