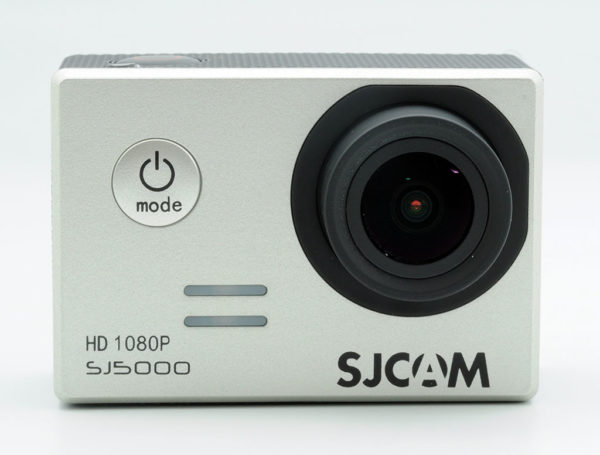 SJCAM has in recent years made some pretty excellent Go Pro alternatives in the action cam market. As mentioned in it’s review, the SJ4000 brought forth affordability and a quality, while not perfect, certainly worth a look into for those just entering the market or looking for a device while on a budget. As to be expected, the overwhelming success of the SJ4000 has called forth a new iteration of the SJ line, but this time with three separate versions. With the SJ5000, SJ5000 WiFi and SJ5000+ models, SJCAM has sought to please everyone with something. Here, we will take a look at how they perform overall, and how they compare to each other, as well as the previous model.

A Quick Comparison Between The Newcomers

The three new models of the SJ5000, while easily mistaken for each other on the outside, in terms of quality on the inside, and the price tag connected to them, are remarkably different. First, we have the standard SJ5000 Non-WiFi version. With a 14 MP camera, it beat the claimed 12 MP camera of the 4000, and this time appears to live up to the promise. It does however have the same 1080p resolution ceiling, and for a locked 30FPS video recording rate, that’s not bad by any stretch of the means. Now, you can record at 60FPS, but at a limited 480p, which even on the (admittedly large) 2 inch LCD display, looked a little shoddy.

Speaking of, when given the proper material to look at, the LCD screen itself was crisp and clear, a surprisingly good quality for a $120 camera. For $20 more, you can have a native WiFi connection for transferring files and other such activities. That is the only difference between the Non-WiFi SJ5000 and the WiFi SJ5000. Lastly, we have the Plus, which can record at 30 or 60 FPS at 1080p, and up to 240 FPS at 480, though this may be a little overkill in terms of slo-mo for the average user. As for standard photography, you can expect 16MP, which is certainly more than decent. Oddly, the Plus comes with a half in smaller display, though it is no less impressive in terms of definition. At the price of $169, if you’re going in for an action cam for slo-mo capture, this may be your best bet, while the standard at $120 may be more than capable for most anyone else.

NOTE: To see all the current discounts on the SJ5000 click here

After previously handling the SJ4000, I was pretty sure I knew what to expect. Overall a decent entry level camera, but certainly nothing to write home about. Coming in a similar box, and with similar (albeit very good quality) accessories, I can’t say those expectations had yet been put to bed. The waterproof case seemed as sturdy as ever, and thus I didn’t do the submerging test with this model, as the previous had already passed with flying colors. However, I did repeat my Bright Day, Rain and Nighttime filming tests with this little camera.

During day, the SJ5000 performed spectacularly. While there was still a bit of glare during direct sunlight exposure, if facing away from the sun, or even tangential to it there was not a noticeable glare. The colors came out significantly more contrasted than with the previous 4000 model, and though video stabilization is still very much desired, there was less image bleed during rapid movement. For the rain test, there was also less glare, as reflections off the water were not nearly as pronounced. Likewise, there was significantly less Fish-Eye than in the previous model, which while never a huge issue, was a pleasant surprise to see even more improved. The 170 degree wide angle allowed for consistently good shots at any distance (except extreme close-up), and was able to capture even small details of the environment.

What most impressed me were the improvements made apparent during night testing. While the SJ4000 certainly wasn’t bad at night detail detection, the 5000 blew it out of the water. Color detection was excellent, there was very little “blue bleed” (the tendency for cameras to show everything in a slightly blue tint at night) and glare, while still present, wasn’t so bad as to make the footage only half-usable.

Now, let’s discuss one feature that I was expecting great things from, and another I was expecting massive improvements upon. The first being time lapse. On the 4000, the time lapse was, given all the other qualities of the camera, jaw dropping. I felt like something that I had regarded as a BMX or Surfing toy could suddenly film a National Geographic special. The SJ5000 seems to have improved even on this, with a low light time lapse looking like the intro to a thriller or spy film. If you’re looking for a simple and affordable time lapse camera, then this is definitely worth a shot.

As per the feature that needed massive improvements was the audio recording. As it was stated before, the 4000 was subpar at best in terms of audio, and while not a deal breaker, it was the single worst detractor of the camera. Unfortunately, this continues being the case for the SJ5000. When comparing audio files from both, with and without the waterproof case, I can honestly say that if I didn’t know the name of the file, I’d be hard pressed to tell the difference between the two. The muffling is still present to a significant degree, and with the case is for all intents and purposes mutes the environment. Given the increased price of the product, I was hoping for something a bit more substantial, but there are a number of after market microphones that can capture the audio instead, and commentary can still be done via recording and putting into post.

In closing, I can say that I would recommend the SJ5000 if you found the 4000 lacking in essential features. While slightly more expensive, the 5000 line can usually be found on sale under MSRP, making it not much more expensive that the entry level 4000, for decent mid range performance. It has enough improvements to warrant the purchase of the SJ5000 even if you have acquired the 4000, though some troubles (glare and audio) still can give troubles to some users. The software suite and app still are easy to use and are worth a nod, as many companies tend to have problems with the software side. SJCAM on the whole tends to roll out updates and improvements regularly, so this won’t be so much of an issue for SJCAM products. While I personally enjoyed the WiFi features of the SJ5000 WiFi, honestly the purchase of any of the models is more dependent on personal preference and what you need the camera to do. As per uses, I could see this being a great camera for hikers, bikers, drivers, surfers and thrill seekers. However, this would not be the camera you’d want to take to a concert. Overall, I’d give the SJ5000 line 8/10, it’s a decent camera, in fact great for the price, but still can improve.

If you want to take advantage of all the current discounts on the SJ5000, you can click here to automatically apply any of the discounted prices available.