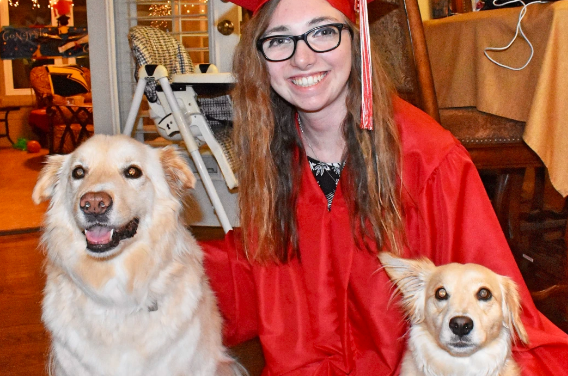 Jacqueline Durand, a student at the University of Texas, was viciously mauled in December, just a day before her 22nd birthday. A longtime dog lover, she had been running a dog-sitting business on the side and had been hired to care for two dogs when she was violently attacked.

The incident happened on December 23, 2021. Durand had arrived at the Coppell home to dog-sit but the moment she opened the door, she was knocked to the ground by two dogs—a German shepherd mix and a pit bull mix, the same ones that she’d previously met with no issues.

She was bit more than 800 times and her face was severely mauled to the bone. Not only did the dogs tear off her ears, but they also tore off her nose, lips, and cheeks—leaving her “catastrophically disfigured.”

Fortunately, the front door, which had been left open, triggered an alarm. This alerted the homeowners, who then asked their neighbor to check on the house. While they were also attacked upon approaching, they were able to call 911.

By the time paramedics arrived at the scene, Durand had lost over 30% of her blood. She was taken to Medical City Plano hospital, a trauma one center, in grave condition where she immediately underwent emergency surgery. It wasn’t until seven hours later that her parents finally received word from her surgeon. While she had to be resuscitated numerous times, they were eventually able to stabilize her. She also placed her in a medically induced coma for a week.

In total, Durand spent two months at the hospital, where she endured numerous surgeries. She was later able to return home on February 21, 2022. Since then, she has gone back to the hospital several times for additional surgeries including a second eyelid lift procedure. Her new nose, which came from a flap from her forehead, has also been tweaked to allow for better breathing.

According to an Instagram interview she did with CBS journalist David Begnaud, she will be receiving many more surgeries over the next two to three years. As part of her recovery process, she’s also going through physical therapy a few times a week, where they stretch her mouth one millimeter at a time to help her eat. She’s also seeing a psychologist and a therapist for her mental health.

Despite the horrific attack, however, she stated that she still loves dogs and dreams of becoming a dog trainer one day. In fact, she’d had a dog training session scheduled for January prior to the incident.

As for the dogs that attacked her, they were euthanized according to a Texas court order. The homeowners who’d hired her—Justin Avery Bishop and Ashley Jo Bishop—however, have not yet issued an apology for the incident, though they stated they are “heartbroken” about the attack.

Durand and her family have since filed a lawsuit against the Bishops, which alleged that they had “created and maintained an unreasonably dangerous condition” and that she was “catastrophically disfigured” during the dog-sitting job.

For those who’d like to stay updated with her recovery process, you can follow Jacqueline Durand at @jacqueline_claire99 on Instagram. She has also stated that she plans on starting a vlogging channel on YouTube, though that’s still in the works.