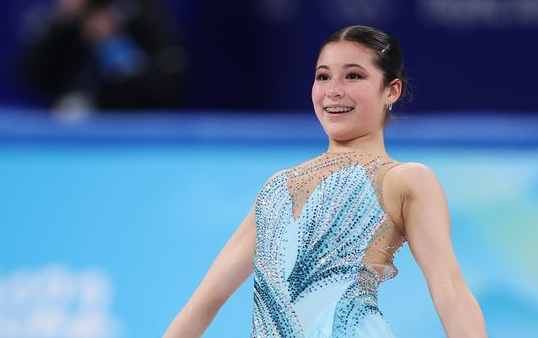 U.S. figure skater Alysa Liu announced that she will be retiring from the sport last week. According to her Instagram post, she’s satisfied with how her skating career has played out and will be moving on with her life—something that surprised many fans given her age.

Born on August 8, 2005, Alysa Liu started skating at the age of five and competed in her first competition as a juvenile in 2015. By 2016, she had won the gold medal in the intermediate category at the US Championships, making her the youngest female skater to have done so.

After a successful junior career, she competed as a senior for the first time at the 2019 US Championships in Michigan. She became the youngest skater to land a triple Axel in competition, a feat that went on to earn her the gold medal.

However, she was too young to compete at the senior (and junior) level internationally. It wasn’t until August 2019 that she made her international junior debut at the ISU Junior Grand Prix in Lake Placid. Not only did she complete a triple Axel, but she also landed a quadruple Lutz, which earned her a season’s best score of 203.10 overall.

The next year, she returned to the US Championships to defend her title. Although she finished second in the short program, she was able to bring herself back up to first place overall after a successful free skate. While she was still not yet old enough to compete internationally on the senior level, she was named to the 2020 World Junior Championship team later that year.

Due to the pandemic, however, she participated in limited competitions during the 2020-2021 season. She also struggled with her jumps, which she’d been able to land cleanly previously, due to a growth spurt. As a result, she finished fourth at the ISP Points Challenge and fourth overall at the 2021 US Championships in Las Vegas.

Continuing to work with her coach, she later revealed on Instagram that she’s working on her triple axel and quad Lutz, potentially for the 2021-2022 season.

In August 2021, at the age of 16, she made her international senior debut at the Cranberry Cup, which took place in Norwood, Massachusetts. While she fell on her triple axel in the free skate, she still managed to finish first, which brought her to first place overall. She was later selected to compete at the 2021 CS Nebelhorn Trophy, where she won both segments and landed one of the six available Olympic spots.

Prior to the 2022 Winter Olympics, she competed at the US Championships in Nashville, where she placed third in the short program. She was later forced to withdraw from the competition after testing positive for the coronavirus. Despite that, she was able to keep her spot on the US Winter Olympic team.

The youngest athlete to be named to the team, she competed in the women’s event at the Olympic Games, where she placed eighth in the short program and seventh in the free skate, which moved her up to seventh place overall.

After a final skate at the 2022 World Championships, where she won the bronze medal, she announced her Instagram that she would be retiring from figure skating. It’s currently unknown what her next goals are, except for the fact that she plans on “moving on with [her] life.” However, she did mention that she wants to spend more time with friends and family.