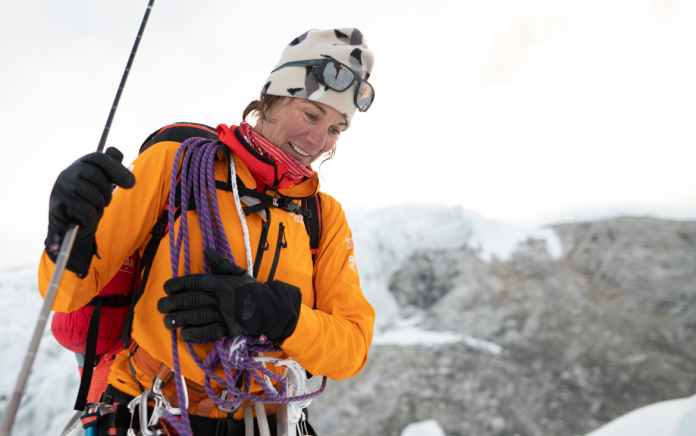 American ski mountaineer Hilaree Nelson, who has enjoyed a successful career spanning over two decades, went missing below the summit of Nepali Mountain on September 26. A mother of two, she and her partner, Jim Morrison, who is also experienced in climbing, had been exploring and skipping the Nepali Mountain when she disappeared.

According to Morrison, she had started a small avalanche after doing a few turns in the snow while trying to follow him down the slope. She was ultimately swept off her feet, the force of the avalanche carrying her down a narrow edge down the south side, which was opposite of the climbing route, their intended route of descent. Expedition guides also stated that they believe she had fallen into a crevasse.

Shortly after the incident, Morrison skied back to base camp for help. Unfortunately, poor weather conditions in the area prevented helicopters from performing a survey and rescue mission. It wasn’t until the morning of September 27 that they were able to get up into the air. They ultimately searched from the air for two days before landing at 22,000 feet to search for her by foot. Morrison and the rescue team eventually located her body at 10:30 am

Nelson, who was 49 years old, was a National Geographic Explorer and had been the first female climber to cross from Mount Everest, the world’s highest peak, to the top of Lhotse, the fourth tallest mountain in the world, in under 24 hours. The feat earned her a Guinness World Record in 2012.

In 2018, she was named captain of North Face’s Global Athlete Team. The company was also one of her sponsors on the trip and had posted a statement on Wednesday, saying that “[she] had a spirit as big as the places she led [them] to.” The company also added that they “lost [their] hero, mentor, and friend” and that their hearts are with their children and her family.

In her last Instagram post, which she posted last week, she talked about the difficulties that she faced in her latest climb—that “the past few weeks [had] tested [her] resilience in new ways.” However, she also described happier experiences, such as those with Morrison.

In addition to her partner Morrison, she is survived by two teenage sons, Quinn and Graydon, from her first marriage.

Morrison also posted a tribute on Instagram, where he stated that he is “in Kathmandu with her and her spirit.” He also included photos of them, which were taken during their travels. The post has since received more than 82,000 likes on the platform.