What is Megan Fox Doing Now? What Happened to Megan Fox? 2022 Update 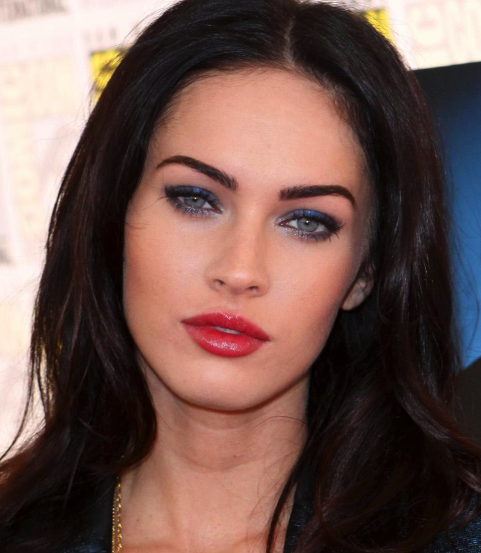 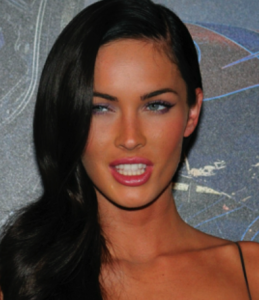 Megan Fox is a famous American actress and model. After beginning her acting career in 2001, she started landing a large quantity of roles in the industry until she hit stardom with the blockbuster action film Transformers, where she starred alongside actor Shia LeBeouf. This was her breakout role, and as she reprised this role in the following movies in the franchise, Megan Fox had become a household name. She become one of the modern female sex symbols and has appeared in many magazines such as Maxim, Rolling Stone, and FHM. She was a superstar, and still is, although her acting career has taking a sharp turn.

Born on May 16, 1986, in Oak Ridge, Tennessee, Megan Fox was the daughter of Gloria Darlene and Franklin Thomas Fox, an officer. She was raised in a very strict manner and attended Catholic school for twelve years. Her parents separated when she was still a young girl, and her mother remarried with Tony Tonachio, who became Megan’s stepfather and raised Megan for most of her life as a kid. Fox has said that her step-father was “very strict” and that she wasn’t even allowed to have a boyfriend or invite friends over. She continued to live with her mother until she got a job and could support herself.

Megan Fox first started to learn to be an actor when she was five. She attended a dance and drama class and was involved in her school’s chorus and swim team. When she moved to Florida at the age of ten, she continued her training at another school. Fox started to model when she was a teenager, and she won several awards at the 1999 American Modeling and Talent Convention in Hilton Head, South Carolina. She later moved to Los Angeles, California at the age of seventeen to pursue her career in acting. 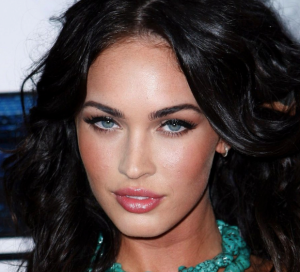 She has said that she was bullied and picked on in middle school, and she would eat lunch in the bathroom to avoid “being pelted with ketchup packets”. Megan said the root of her bullying was not because of her looks, it was that she had “always gotten along better with boys, and that rubbed some people the wrong way.” She said that in high school, things were no better, and she was never popular. “Everyone hated me, and I was a total outcast, my friends were always guys, I have a very aggressive personality, and girls didn’t like me for that. I’ve had only one great girlfriend my whole life,” she was quoted as saying. Acting and modeling was her escape from school, which she said she was never “a big believer in formal education, and the education I was getting seemed irrelevant. So I was sort of checked out on that part of it”.

Her acting career first began when she was 15, where she played a role in Holiday in the Sun, a 2001 film where she played Brianna Wallace, a spoiled heiress. She made guest appearances in the TV shows What I Like About You and Two and a Half Men. She made her first appearance in a global film with Confessions of a Teenage Drama Queen, where she co-starred opposite Lindsay Lohan in 2004. This film gave her attention from many different film companies, and it showed off her impressive acting skills at her age. 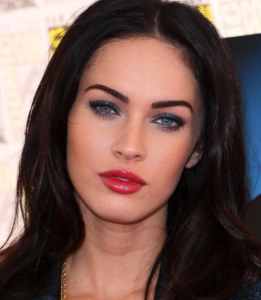 She hit the jackpot when she landed the role of Mikaela Banes in the 2007 film Transformers, based on the cartoons of the 90’s and the toys of the same name. She was to play the love interest of the film’s other star, Shia LeBeouf, who played Sam Witwicky. When the movie was released, she instantly became a star and was nominated for many awards, including the MTV Movie Ward for breakthrough performance, and was also nominated for multiple Teen Choice Awards. She soon signed on for two more movies in the Transformers franchise.

She played Mikaela Banes in the sequel, Transformers: Revenge of the Fallen. She once again received worldwide acclaim and fame, however there was an underlying problem. It was soon found out that Megan Fox was fired on orders of executive producer Steven Spielberg, who was unhappy with some of her comments on the series director, Michael Bay.

What had happened was Fox had compared Bay to Hitler, because of his on-set behavior. He had reportedly asked her to gain ten pounds for her role in Transformers, Revenge of the Fallen, and had not treated her fairly.

Fox became quiet on the movie seen after this, as her fame had increased so much, movie production companies weren’t sure they wanted her because of the media distraction it would cause. Call it the Tim Tebow effect.

Fox’s fame was at an all time high. She was featured on the cover of the following magazines: Maxim, Cosmo Girl, Paw Print, FHM, GQ, USA Weekend, Esquire, Empire, Entertainment Weekly, and ELLE. She has also been featured as the most beautiful women on lists throught the years, with Maxim’s Hot 100 lists being the most popular. People named Fox one of 2012’s Most Beautiful at Every Age.

Fox’s overexposure and constant appearance on the media influenced several men’s websites and publications to boycott her in 2009. August 4th, 2009 was labeled “A Day Without Megan Fox”, as most men’s websites and publications stated they would not release anything on Megan Fox during that day. There was this thought that although Fox was popular and would generate many hits, she was too popular in the sense that she was talked about too much. These websites decided it should be time for more young actors to be talked about. The website PopEater refused to boycott Fox and declared, “we’re posting things about Megan Fox that aren’t even news, just because we know you want it, whether you’ll admit it or not,” and Coedmagazine called the boycott a “publicity stunt” and “hypocritical”, saying that they were the home of “The Megan Fox Boycott Boycott”. The British newspaper The Sun declared August 4th to be “Megan Fox Day”, saying that “She deserves a day dedicated to her”. In response to the media boycott, Fox told Nylon in an interview that “the media blitz” for Transformers resulted in an over-extension of her image over media. “I was part of a movie that wanted to make sure they would make $700 million, so they oversaturated the media with their stars,” she said. “I don’t want to have people get completely sick of me before I’ve ever done something legitimate.”

Since then, it has felt like years since anyone has heard of Megan Fox. Finally, in 2012, her pregnancy along with a role in Friends with Kids put her back on the charts in 2012.

Although Megan Fox’s acting life has stalled, her personal life hasn’t. Fox married actor Brian Austin Green in 2010, and has two kids: Noah Shannon Green and Bodhi Ransom Green. The media has also been all over stories of Fox’s sexuality, with some stories quoting her as saying she has been in lesbian relationships and considers herself bisexual. Fox is made out to be some crazy sex symbol who has life that resembles one of a Kardashian. The truth is far from that, as Fox says here: “Despite my public perception of being a wild and crazy sexpot, I am antisocial and have only been sexually intimate with two men during my life, my childhood sweetheart and Brian. I can never have sex with someone I don’t love, ever. The idea makes me sick. I’ve never come close to having a one night stand. My biggest regret is that I’ve assisted the media in making me a cartoon character. I don’t regret what happened to me, but I regret the way I have dealt with it.”

The truth is that Fox is a very relatable person. She has insecurities, has had self-esteem problems, and OCD, or obsessive compulsive disorder. She is also an avid Christian, always trying to improve herself as a person.

Megan Fox was, and still is, a superstar. Anyone can tell you who she is. However, since her fallout with Michael Bay, she has hit a career standstill. Many are probably wondering what happened to Megan Fox. The truth is, she has a somewhat negative public perception, and she is currently trying to improve that. The same way no NFL team wanted to sign Tim Tebow because of how much attention he receives from the media, not many film makers would want to deal with the distractions that come with signing a deal with Megan Fox. Hopefully she can show the world who she really is, and get her career back on track.

Megan Fox recently starred in the black comedy film Big Gold Brick, where she played the role of attorney Jacqueline Deveraux. Written and directed by Brian Petsos, the movie also starred Andy Garcia, Emory Cohen, Shiloh Fernandez, Oscar Isaac, and Lucy Hale. However, it was met with mostly negative reviews upon its release.

She also starred in the drama film Taurus and in the romantic comedy Good Mourning, both of which came out in the summer of 2022. While the former was met with mediocre reviews, the latter was a commercial failure, having only earned $21,300 at the box office.

In terms of upcoming projects, she’s currently working on a few films including The Expendables 4, which is the fourth installment of The Expendables franchise. Similar to the previous films, it features an ensemble cast that includes Jason Statham, Randy Couture, Dolph Lundgren, Sylvester Stallone, Andy Garcia, and 50 Cent. Filmed in Greece, the movie is currently slated for a September 2023 release. Standee posters for the film had also been unveiled at CinemaCon in April 2022.

That’s not all, she has also been filming for Johnny & Clyde, where she will play the role of Alan Hart. She also lent her voice to the animated movie Naya Legend of the Golden Dolphins, which is currently in the post-production stages.

In terms of television, she hosted the documentary series Legends of the Lost with Megan Fox in 2018, which she also produced. She was also a guest on Dish Nation, Entertainment Tonight, and Machine Gun Kelly’s Life in Pink earlier this year. And in 2021, she presented at the MTV Video Music Awards. She was also invited onto the popular talk show Jimmy Kimmel Live!.

That same year, her divorce from Brian Austin Green was finalized; the two separated in May 2020 after being married for nearly 10 years. Interestingly enough, it was actually her second time filing for divorce. She had done so back in 2015, but had dismissed it after getting back together with Green; the two were also expecting their third child at the time.

In June 2020, she revealed that she was in a relationship with singer Machine Gun Kelly. Just a few weeks prior to the announcement, she had made an appearance in his music video, “Bloody Valentine.” The pair later announced in January 2022 that they had gotten engaged.