You Kick Ass Shark Tank Update – Where Are They Now in 2018? 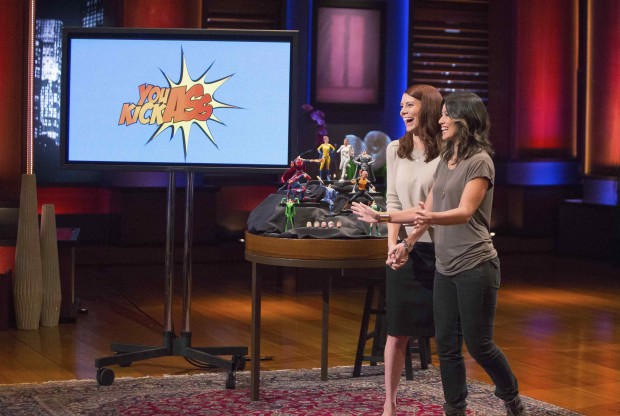 You Kick Ass Before Shark Tank 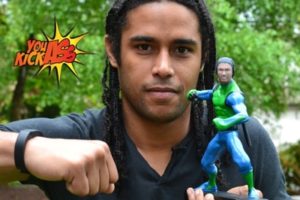 Keri Andrews and Alesia Glidewell are a very talented, very successful female duo who have a vision and an intense passion to drive them towards their goals. Andrews, a former Microsoft program manager, teamed up with fellow Glidewell, a voice actor and on screen actress, to work towards the creation of You Kick Ass.

The basis of their company is this; anyone can be a superhero. With the aid of today’s advancing technology, the two women made it possible for people to generate their very own superhero action figure. The way it works is simple enough and extremely convenient for those who are looking for a clever gift idea or promotional items. Potential customers need only go online in order to generate their super selves. You Kick Ass has a collection of premade body templates that vary in costume type and color, in addition to having a few different hero stances that the figure may be put into. Once all of those details have been decided on by the purchaser, all that is left to do is to send them a picture that they will use to create the head to go on the selected body. Using a 3D color printer, the company is able to manufacture a superhero that looks just like you!

During the launch of their new company, the two women encountered quite a bit of success. With a campaign in place to raise $15k for You Kick Ass, the women actually managed to gather $45k in donations to the company. For a while they did quite well, but later began to encounter some issues. Each figure costs around $60 dollars, which is rather pricy. In addition to the expensive cost, order delivery time can range anywhere between 4-6 weeks after the customer’s photo has been received. By appearing on ABC’s Shark Tank, both Andrews and Glidewell are hoping to strike a deal with one of the Sharks so that they might help lower production costs as well as to establish licensing deals in order to make You Kick Ass a distinctive product.

You Kick Ass During Shark Tank

After introducing themselves (by legal names and superhero aliases), the girls start off by asking the Sharks for $100k for 10% of their company. With the numbers now out of the way, they turn to their display table that showcases quite a few examples of the various stances and costume options that You Kick Ass offers. They then proceed to demonstrate how the designing process works, using Kevin O’Leary’s face as the example, which is really just a few simple steps of choosing the hair, body type, and costume to go along with your face. Curious about just how accurate the facial 3D printing is in relation to uploaded picture, Robert Herjavec asks “How real does it look”? Both entrepreneurs are pleased with this question because hiding underneath their display table is a whole different set of superheroes. Prior to appearing on the show, Andrews and Glidewell transformed the entire panel into their miniature superhero selves. Each of the Sharks appear to be impressed with their action figures, especially Herjavec in particular who is thrilled super speed, which is the superpower that the girls have bestowed upon him.

Once the rest of the Sharks have their superpower and superhero alias, the real questions finally begin. Herjavec begins by asking where the concept for this company was developed. Glidewell explains how she became familiar with the 3D modeling process after working as the character for a video game, and that fascination helped push her towards this creative idea. Additionally, Andrews shares a similar love for technology and thought the idea was brilliant. However, when Herjavec asks them what their sales currently look like, Glidewell admits that they haven’t even hit the market yet and only just finished their funding campaign about a month prior. Lori Greiner then proceeds to ask them if they at least have an estimate on the production cost and the sale price. Each figure costs about $15 dollars to manufacture, but would be sold for $60 dollars. 100 dolls can be printed a day per 3D printer they have, but each printer costs around $45k due to it being relatively new technology. However, the girls managed to buy two used printers for $20k each.

Concerned about competition, Herjavec questions whether or not there are any other companies out there who sell similar products. Despite the fact that there are a few other small companies with a similar product idea, Andrews did extensive market research and felt confident in their brand. According to their studies, the people most likely to purchase their actions figures range from the ages 30-45 years old. This discovery surprised them because they were expecting to be appealing to a younger audience, but found that adults wanted to buy these personalized figures for other adults. Herjavec does believe that they have a creative concept, but wants to know how they plan to grow and stand out in comparison to their fellow competition. According to Andrews, they developed their own software for the 3D color printers which they are currently waiting for a patent on. Since the start of You Kick Ass, both women invested around $120k of their own money into it.

Barbara Corcoran suddenly interrupts the discussion going on to announce that she fails to see the resemblance between herself and her action figure. In fact, none of them appear to be similar to the faces they were modeled after in her opinion. In addition to this issue, the design of the figure looks awkward because of the seam between the neck and head. Andrews attempts to explain that there are some issues with precision because there is only one company that makes 3D color printers, but Corcoran tells them that precision is key when it comes to making sales and so refuses to invest until the flaws have been fixed. Herjavec on the other hand, has a completely different opinion.

He likes the idea and sees the potential for the company to grow, and so offers to give them $100k for 25% of the business. Before making a decision to accept his offer, they ask if any of the other Sharks have deals they want to make. O’Leary puts up an offer of $100k, but he will take $10 dollars from every unit sold until he has been compensated for his investment, then his royalty will drop to $2.50 dollars per unit sold. Following that offer, Mark Cuban tells them that he will invest the $100k for 10% so long as they give him an answer right away. After a brief second of discussion, the women decide to go ahead and accept Cuban’s offer. 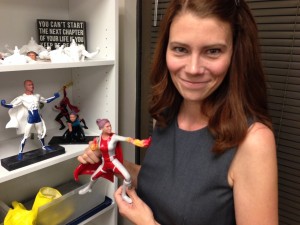 You Kick Ass successfully took off in flight after Andrews and Glidewell struck up a deal with Shark Tank’s Mark Cuban. They have a website (http://www.youkickass.com) where customers can design and order their very own superhero, buy a gift card, or even put in a corporate order for business endeavors. Since appearing on the show, business has definitely gone up for the company and they were featured in a few online articles. Additionally, You Kick Ass also has its very own Instagram account (https://instagram.com/youkickass/) where you can view various photos of people with their very own action figures!