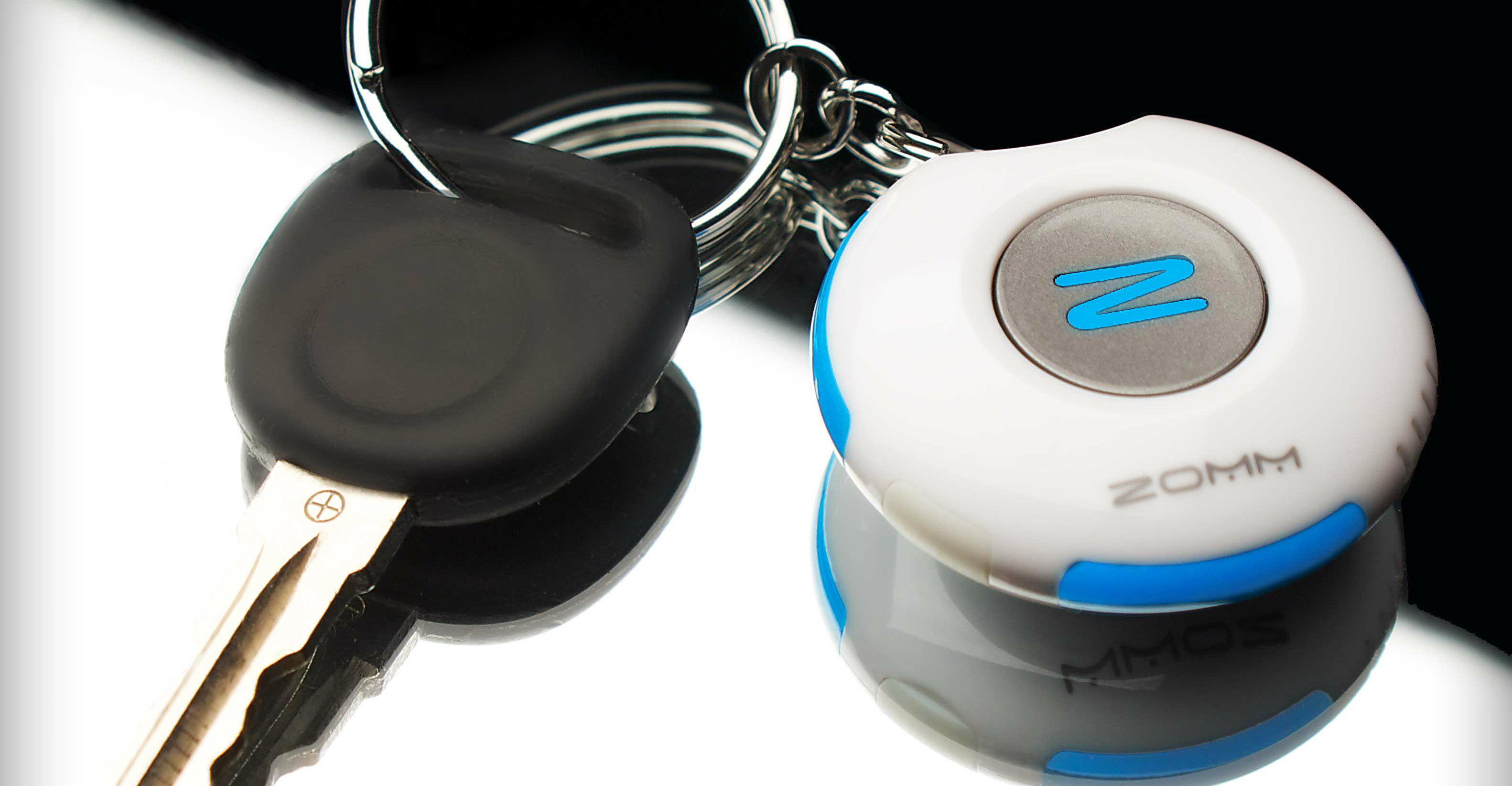 Before Henry Penix went on Shark Tank, representing his company Zomm, and his multiuse technology product, he was a family man from Oklahoma. In fact, his business name, Zomm, is made from the first letter of the names of his children, with the last M standing for mom. After Henry had come up with the product that he pitched on the tank, he invested a large chunk of his own money to make it great, in addition to getting another investor to put some serious cash into the business. Would the Sharks invest as well? Let’s take a look. 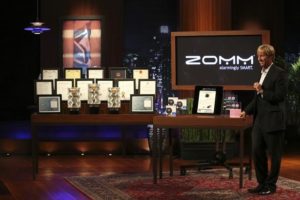 Henry Penix walked out onto the stage and into the Shark Tank. He told the Sharks that he was the CEO of Zomm, which was a technology company. He requested $2 million in exchange for a 10% equity stake in the company. Henry said that Zomm creates products and services that he people use their cell phones in a new way. He asked the Sharks if they have ever left their cell phone at home, and then spent all day thinking about it. Henry said that he could empathize with that dilemma. His company, Zomm, manufactures keychain, so that warns a person when they have stepped away from their phone. To demonstrate, Henry asked Mark to hold the device while Henry walked away with the phone. Henry let him know that he should be feeling a vibration, and seeing I tight up. Mark confirmed that that was happening. Henry continued, saying that if you did not go back to get your phone, an alarm would start which gets louder and louder. You could turn the device off with a touch of the middle button.

Henry said that the device also functions as a key finder. He passed the device to Daymond and told him to give it to another Shark when Henry turned around. Using his phone, Henry was able to track down the device right away. He then told the Sharks that it was also an emergency dialer. He said that you could program it with any number. He pressed a button and called his wife, who asked if he was in trouble. Henry replied that he might be, he was “Swimming with Sharks right now,” and hung up. Daymond asked if it was a more modern day version of “I’ve fallen, and I can’t get up.” Henry affirmed that it had that aspect, and claimed that it got them a lot of customers,

Daymond said that he’s seen the individual elements in various products before, and asked if it was everything combined that made it worth $20 million. Henry stated that it was. He stated that he’s won innovation awards in the last three years, and own the patents all over the world. Mark wanted to know about the sales, costs, and retail prices. Henry told him that they did $750,000 in 2010, which was the first year. Robert asked what the sales were like the following year, and Henry said that they met $5,000,000,000. The Sharks looked impressed. Robert asked what the projections were like for 2012, and Henry told him $7.2 million. Daymond said that was good, and asked him what the profit would be on that. Henry told him that the number was exciting, and stated that the company would net $2 million. Kevin asked if that was after all of the costs, and paying his employees and himself. Kevin said that it was.

Daymond asked if he was just going to reinvest the money back into the company since that was the two million he was asking for. Henry said that he’s never taken a salary from the enterprise, and had put money back in. Robert asked how much he had put in, and Henry told him $4 million. Robert poked shocked. Daymond asked where he was getting the money. Henry said that he had sold an early learning center business that he started with his wife. He stated that he runs the whole thing himself, with one other investor at 17%. The other investor put in 5 million dollars.

Mark asked if that meant the company was losing money. Henry didn’t understand the question. Robert summarized, saying that there was $9 million invested in the growing company, but he was still running out of cash. Lori wanted to know why that was. Daymond said that something didn’t quite look right. Henry stated that they had another product in development, and the light clicked on for the Sharks. Henry insisted that they’d won 3 innovation awards for the new product, which was different than that one he’d shown them. Henry said that it does the same thing that the other product does, but also monitors heart rate, along with other health metrics.

Robert asked him how he was able to burn through nine million dollars, even with developing the new product. It had only been two years. Henry told him that Zomm had about $2 million in inventory, but Robert told him that the numbers were not adding up. Mark said that the number don’t add up because if the sales were that strong, they should not be holding two million dollars in inventory. Henry stated that it was an overproduction issue the previous Christmas. Mark said that he has too much inventory, and his solution to that problem is to raise $2 million to throw it at another product. Henry stated that they wanted to continue with the old product and maybe roll out the new one.

Daymond asked how much they’d spent on research and development. Henry dodged the question, saying that any money that they’ve ever invested in the company, they put back in. Daymond wasn’t giving up and asked again for an estimate. Henry said that he did not know the exact number. Daymond. Asked if he had spent over a million, and Henry said again that he was not aware. Mark told him that he spent an outrageous amount of money not to know where it went. Daymond stated that he got that he did not have an exact number, but wanted an estimate. Henry said it was probably over a million.

Mark asked if he had gotten marketing MBAs to put together a marketing plan once he got started. Henry stated that he’d hired sales and marketing guys. Mark asked him if he had raised all the money to go big or go home. Henry compared himself to Steve Jobs and said that he wanted to have a Zomm with every cell phone. Mark told him that his dream is killing him due to unrealistic expectations. He was trying to hit a home run when a single would win the game. He went out. Henry asked if he was sure, and Mark confirmed that he was.

Robert said that Henry has been able to accomplish two things that most people who appear on Shark Tank can’t manage. He has raised $9,000,000 and has achieved $5,000,000 in sales. Robert said that his company is primarily on its death bed, and Henry did not even realize it. He went out, after saying that he would not risk his own money on Henry. Daymond complimented Henry on a great business idea and a great business but shuddered at the thought of going into his books. He went out.

Seeing that the other Sharks were out, Henry addressed Lori and Kevin. Lori said that she thought it was a great product, and she also admired what he’d done with the business. Her problem lies in where Zomm is at the moment – since he’d raised the nine million, and done that much in sales, and still needed to ask for additional investment. It told her that something was off, and she went out.

Kevin said that he was intrigued by the sales. He said that when he parts with his money, he wanted it to come back with skills and muscles. Kevin was afraid that Henry and Zomm would kill his money. Henry attempted to assure Kevin that he would not murder the money, but Kevin pointed out that he’d wasted a lot of money before his. Henry was begging at this point and told Kevin to take most of the board seats of Zomm. Kevin said that he did not want to take control, even though he could fix Zomm in “Darwinian ways” which Henry would not find a pleasant experience. It sounded like he meant throwing Henry off of the board. Kevin went out. Henry thanked them for their time, and left.

As Henry walked dejectedly off of the stage, Mark said that he went too big. He continued, saying that Henry should have come in the day he started Zomm, asking for $250,000 for 25%. He stated that she Sharks would’ve been all over that deal. After watching an amount of Shark Tank in the last couple months, I would have to disagree. Even with great products that do great numbers, people still get turned away. Robert said that it was a shame because Zomm produced an excellent product. Let’s see how Zomm has done in the last couple years. 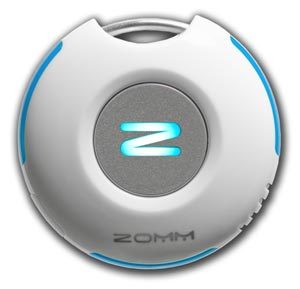 After appearing on Shark Tank, Henry Penix saw a lot of traffic to his website following the actual airing of the episode. That isn’t terrible for a business that did not make a deal with a Shark. However, it seems like not everyone likes the product that Henry was attempting to make a household name. Zomm’s product is still sold on Amazon, but it has less than three stars. Many negative reviews accuse the result of not functioning as advertised and that the positive reviews that did exist were purchased by the manufacturer., or at the very least, written all by the same person.

The website is still up, but it looks like it has not been updated since 2012. After trying to download the computer program that works with the actual product, I found that it was not available. The Zomm Facebook page is down, and the Twitter page seems like it’s been scheduled to retweet the same Yahoo article every seven days since 2014. I wonder if they were at least able to sell off their extra Christmas inventory from 2011 so that they would not be a total failure.
Tags: