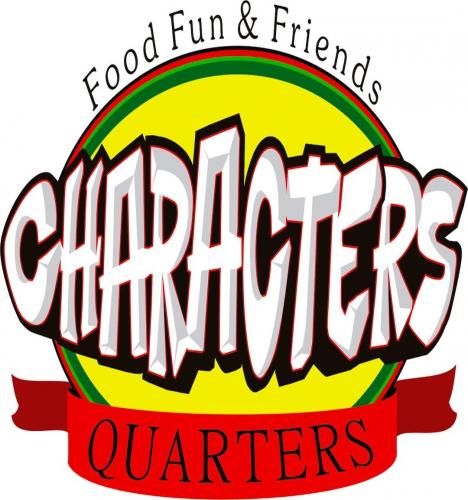 In 2010, after relocating to North Carolina, Long Island-born Guy Wavra left the entertainment business and opened a character-themed bar with his mother, Helen, and his step-dad Charlie. Guy’s step-sister, Alex, was hired as a server to make it a full family affair. However, Guy admits that the bar has left his family over $350,000 in debt; Helen also says that the entire bar represents their retirement. Upon opening, the bar drew a crowd that was curious to see the unique concept of the family bar. The idea was fresh and people were talking about it, and they were doing around $80,000 in sales a month. But over time, Characters Quarters began to bring in more families than bar patrons – Guy is unsure about the change in clientele. Alas, the change is out of his hands; Charlie even says that he overestimated his expectations for Guy’s managerial skills. Frustrated with the growth and situation, Guy often takes his anger out on his family and staff.

Garner, North Carolina, is located 6 miles south of Raleigh and is one of the hottest destinations in the United States for fans of stock car racing to gather. With a median income of $57,000 and a dominant industry of manufacturing and construction, there is plenty of opportunity for Characters Quarters to grab some disposable income, but things have been dwindling lately. Jon Taffer has arrived to Characters Quarters with two specialists; chef Brian Duffy, with experience of more than 20 years with the DMG Restaurant Group, and mixologist Russell Davis with more than 15 years of experience and the winner of Mixologist of the Year award. Brian points out that the place looks like it was made for children, and Jon agrees – bar people are not going to want to talk into a cartoonish restaurant. Family people are. But inside is a bar, and families do not want to be in a bar, so the entire thing falls apart.

The three watch from inside the car, and Jon explains that Alex and Guy love to go at it with each other in front of customers with arguing and bickering. Jon pulls up an example video of Guy yelling at his sister for smoking a cigarette during her shift, and Alex is reduced to tears. All three men in the car agree that the family is dysfunctional; shifting gears, Jon sends in two of his friends (who are locals) to spy on the bar. Characters Quarters is a 4,200 foot bar with two service stations at the C-shaped bar (and 12 beers on tap), a raised stage area, and a front patio with no furniture. The two spies enter Characters Quarters, and one of them immediately asks about the baseball uniform that Alex is wearing. In the car, Jon points out that they dress like characters but walk and talk like themselves, defeating the character aspect. 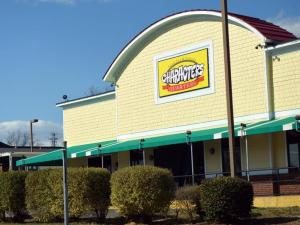 The spies order a whiskey sour and a Tom Collins, two simple drinks; Alex mixes up the Tom Collins with an Arnold Palmer. At the bar, bartender Whitney is not making the drink in a timely fashion. Jon then mentions that almost none of the customers are drinking mixed drinks, and are all drinking beer – mixed drinks have a higher profit margin compared to beer on tap. The two spies look over the menu and are disappointed by the lack of variety, as the menu contains items like Coney Island hot dogs and chicken fingers. Alex goes to explain the sides but sits down in the booth with the patron as she browses for the sides, and one of the spies asks about any southern cuisine; Alex simply asks if gravy-smothered chicken is a southern cuisine. Jon’s spy orders a rib-eye steak, but Alex returns to the kitchen to find that the item has been 86’d – the kitchen is out.

Guy walks by Alex as she punches the order in, and yet again criticizes her – she drops a receipt on the way into the kitchen, but Guy continues insulting Alex back in the kitchen. The food is dropped off, and the two spies are totally unimpressed with their delivery of food. Guy and Alex get into another fight back in the kitchen. Helen, the two’s mom/step-mom, is visibly frustrated, so Jon enters into the bar to sit with the family and discuss business. Jon introduces himself to all four family members and retreats into the back area of the restaurant. The first thing Jon asks if the four have ever been to a Carolina restaurant, but they all say no; this restaurant is much more like a dream.

Charlie reveals that they are about $300,000 deep into the bar’s finances alone, and Guy has invested about $50,000 himself. Helen reveals that the bar does not have good managerial experience, but Guy thinks it is a crock of bull. If Guy was not their stepson, Helen and Charlie would have released them. Jon also explains that he saw Guy being nasty to Alex, and Alex is again holding back tears. The two of them get into an indirect fight, and Guy reveals that he has not trained Alex properly, thus keeping her weak. The family admits that this all boils down to a trust issue due to Alex’s past.

The next day, Jon calls the entire staff together for a meeting and brings in both of his experts with him. The first thing he asks the staff is their perspectives; Madison says that the costumes are all stupid. Warrior princess and punk rock girl are among the two. Customers also think that it is a comedy club or a children’s place; Jon pulls out a bright, yellow menu, which is childish. The bar also runs out of non-food items, such as beer and alcohol, coasters, beverage napkins (which they have been out of for a long time). The bar is selling burgers the most, and he has brought Brian Duffy to revitalize the menu. Russell will work with the bartenders to teach them some new tricks and cocktails. Jon also reveals that he will do away entirely with the character costumes.

Back in the kitchen, Brian notices that the boards are all scummy and dirty; he takes a knife and scrapes off protein flakes. There is a lot of portioned product and pre-made products in the walk-in cooler, and none of the items are kept sealed and suffer from freezer burn. Brian goes through with Guy and the two kitchen chefs to revitalize the menu and introduce new burgers and food concepts (as well as redoing the rib recipes), giving the bar a much more complete and protein-positive menu. Russell works with the bartenders, who all have trouble with making numerous drinks at once. Russell explains his techniques, including the order of mixing – he goes ice, water, spirit, strainer, and before too long, he has three mixed drinks ready.

Characters Quarters Now in 2018- The After Bar Rescue Update

The interior of the bar has been completely redone to have a southern moonshiner/good-old-boys vibe, and the fresh start for the bas has proven successful. The dress-up characters have been done away with in favor of actual matching uniforms. Guy and Alex begun to cooperate much better. The bar was renamed to “Moonrunner’s Saloon,” and the expertise of Jon and his crew has proven successful; the bar has a 4.5 star rating across 78 reviews on Tripadvisor, a 4.1 star rating across 83 reviews on Yelp, and a super solid 4.4 rating across 497 reviews on Facebook. The bar remains open to this day, and the investment of the family has proven to be a successful one.