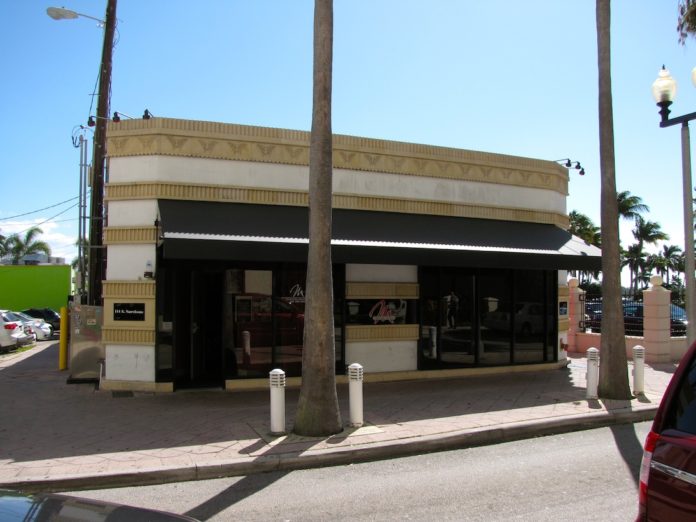 Mystique Lounge, based out of West Palm Beach, Florida, made its fortune as the only spot in town catering to the hip, urban crowd. But one night, everything changed; a customer was fatally shot out front, sending the club into a downward spiral. Whenever someone thinks of Mystique Lounge, they immediately take the presumption of the place where someone was shot out front. Even club promoters Darren Cummings and Torres Young could not pull in the older crowd in due to the murder. All they thought they had to do was sit back and collect money; however, customers never came. The older Darren and Torres get, the older their crowd gets. The two of them have brought in John, who is a younger promoter; he succeeded in bringing in people, but at the price of 100% of the door fee and bringing in some rough types. These people would not buy drinks, and Darren and Torres are $80,000 in debt and losing several thousands more per week.

West Palm Beach houses a population of nearly $100,000, and the downtown district is home to more than 20 night clubs, none of which caters to the urban market except for Mystique Lounge. Outside of Mystique, Jon Taffer performs reconnaissance with two of his experts. One of his experts points out that there is no appeal to Mystique Lounge; it is all grey, like you are inside of a jail cell. Joe Meyer has been brought in as a mixologist, where he has experience working with Angel Management Group. Jessie Barnes has been brought in as an expert in bottle service, as she has spent years as a staff trainer in a Washington, D.C. hotel. The two experts point out that there is no charm or any defining features to the bar. Jon lets the two know that there was a murder that took place three years ago; the story is that there was a fight inside, and the murder happened right outside. However, there were different owners at the time.

Jon then explains that people do not go to a place where they do not feel safe, so Jon will send in Jessie with some backup. Jessie is to enter the bar, and 15 minutes behind her, her friends will come in and they will all meet up and get bottle service. Jessie enters the 3,700 foot night club with a front bar, an L-shaped VIP section, and a bottle service storage area at the end of the club. She enters the club and heads for the bar, and Jon explains that typically at clubs, the employees will go up and immediately greet a pretty girl and do everything they can to get her back. When there are beautiful girls at a club or bar, customers will follow and the club will rock. Jessie orders a long island iced tea, and her first impression is that the staff is a mess. The bar does not actually swing open, so the bartenders have to climb underneath the bar to exit.

Jessie’s friends arrive on cue, and along the way, they ask about getting a bottle. Jessie and her two friends are standing and waiting for someone to attend to them, but they eventually receive a seat. Jessie places a bottle of Ciroc, and the staff brings over a carafe of orange juice and a second carafe of the Ciroc. The first thing Jessie and her friends point out is the hair on the carafe, which disgusts both Jon and Joe in the car. The next carafe was dirty, and Jessie points out that she does not want to drink anything out of Mystique. Joe and Jon then enter the night club.

Jon, Torres and Darren head to the back and Jon calls Jessie over. The four of them walk through the VIP area and Jon points out that the “Reserved” sign is scotch taped to the table. Jon is irate; they will never sell bottles of liquor for hundreds of dollars each. Jessie’s party was charged $210 for a $30 of vodka; they are paying for the experience and not just the drink, but the experience was not worth it at all. The tables are all low quality and there are no proper utensils.

Behind the bar, Jon finds a disturbing site; the dishwashing machine is not connected to the proper sanitizers, so nothing is behing washed properly. The manager Greg explains that they wash the dishes by hand and wash them in the dishwasher. Nothing is being cleaned; there is not a sink with soap, there is no rinse sink, and there is no sanitizer soap. There is no cleaning schedule in place, so bacteria has begun to spread throughout the bar. Jon demands that the entire staff take off their ties and clean behind the bar, then takes his leave of the club for the night. In a humorous scene, Jon shuffles over the bar to exit from behind the bar.

Jon delegates tasks to his two experts; Joe will work with the bar to create a better drink menu, while Jessie will work to refine the bottle service experience. Jon enters the next morning and the bar has been cleaned, and Jon compliments Greg for his efforts. Greg showed he has heart, and Jon can work with someone like that. In a meeting with all the employees, Jon asks which employees have been drinking behind the bar. Bottle service attendant Britney gets called out by bartender Ashley. Jon asks how often she drinks and what the code is; Greg must be asked for approval, but he is never asked. The other problems include a promoter taking all the money from the door fee, and demands free drinks.

Jon meets with the promoter and both Darren and Torres and explains to the promoter that they are in the process of losing a money, then explains that the promoter is costing them $58,917 per year as an operating cost. The promoter makes $261,000 on the door, so there is a huge problem, but Jon wants to fix this. There are many ways to fix the issue, but continuing to pay the promoter his current rate is not an option. The promoter keeps his job, but Jon knows that promoters are not in the business to make less money.

Mystique Lounge Now in 2018- The After Bar Rescue Update

For the soft opening, the club is packed and there is some chaos in maintaining the logistics. The security has their work cut out for them, and numerous fights actually break out. Security breaks out, and someone screams that one of the people waiting in the line is said to have a gun. After the opening, Darren and Torres meet with Jon and the two of them reveal that the promoter has not brought in the crowd that they hoped to do. Darren and Torres release the promoter from his duties, and he does not even answer his phone.

Following Bar Rescue, Mystique Lounge closed in 2013. The entire property has been left to deprecate, as the website domains are no longer valid, the Facebook is inactive and has had no posts within the past 4 years, and even Yelp and Urbanspoon have marked the location as permanently closed.