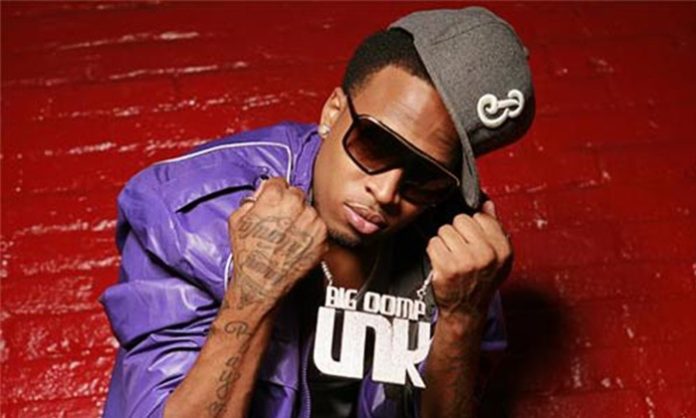 American rapper Anthony Platt- better known as DJ Unk, is most well known for his smash hit, Walk It Out. Born in Atlanta, Georgia, he began spinning records ever since his late teens. Putting himself out there in the local music scene, he eventually began performing for various events such as proms, high school parties and pep rallies, alongside DJ Montay and DJ Jelly in the late 90’s. Several years later, he met Big Oomp who subsequently signed him to his recording label, Big Oomp Records- which marked the beginning of his official rapping career. With the company, he released his first single entitled, Walk It Out in the fall of 2006. A powerful debut, it garnered him nationwide popularity and soon became his first record to settle within the top ten of the Billboard Hot 100. Later certified Platinum in the US, it remains to be one of his most successful releases to this day.

Two year’s worth of work at the studio later, the Atlanta-native dropped his debut album, Beat’n Down Yo Block! (2006). Although critical reception toward the release were generally mixed, it had no problem finding its way onto several US charts. A few months afterward, the album also gave rise to his second most successful single to date, 2 Step, which has since gone Gold for selling over 500,000 copies. Two years later, DJ Unk followed up with his second full length album, 2econd Second. Altogether, he has come out with two studio albums, three mix tapes, and nine singles- some of his other popular titles include Hit the Dance Floor, Show Out, Alive, Trap it Out, and Have a Toast. As with most recording artists, the rapper has also collaborated with a number of different individuals such as Baby D, Louis Rocc, Erica Leigh, Montana, and the Three 6 Mafia.

So what has the Atlanta-based hip hop artist been up to in the recent months? Will he be recording any new songs now that his health has improved? Can we expect to see any music releases from him this year? What happened to DJ Unk? Where is he now in 2018? 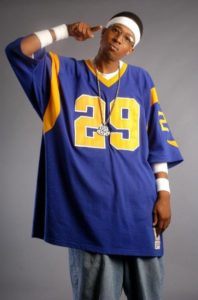 Born on December 28, 1982 in Atlanta, Georgia, DJ Unk first began to spin records at the age of seventeen; music had always played a big part in his life growing up. As he continued to involve himself in the local hip hop scene, he eventually met DJ Montay and DJ Jelly. After befriending the two, he joined their hip hop crew, the Southern Style DJs; together, they performed at various events such as pep rallies, proms and school parties in and around the Georgia area. Not long afterward in 2000, the aspiring rapper caught the attention of music producer, Big Oomp. Impressed by his natural talent, he soon took him under his wing, helping him to further develop his rapping and rhyming skills. From there, he soon began making a name for himself in Atlanta’s mix tape circuit; he also made a number of guest appearances on other artist’s material.

With his eyes set for success, DJ Unk received his first break after earning a guest spot on the LP of Dem Franchize Boyz- who happened to be his old high school classmates, entitled On Top of Our Game. Later pushing for his debut release, he recorded and dropped his debut single entitled, Walk It Out in September of 2006. While the song had played on radio since March of that year, it wasn’t until its official release that it first started to gain momentum and popularity. Just a month later, DJ Unk came out with his debut studio album entitled, Beat’n Down Yo Block!, which was produced with the help of Jazze Pha. 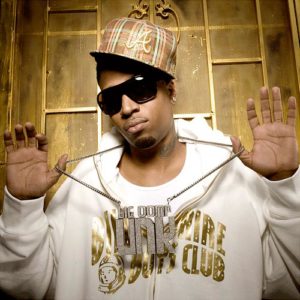 His first professional release, Walk it Out came out in stores in September of 2006. Produced by the R&B artist himself, the song was written by Howard Simmons, and Montay Humphrey. Although it took a few months for the single to gain momentum, once it did, it successfully garnered DJ Unk nationwide popularity. Aside from the standard version, an official remix was also released which featured guest artists Jim Jones, and Outkast. A solid debut, Walk It Out peaked at number ten on the US Billboard Hot 100- making it the rapper’s top ten hit. Additionally, the title also peaked at number two on the Hot R&B and Hip Hop Albums Songs, at number two on the Hot Rap Songs, and at number nineteen on the US Pop 100. To promote the song, DJ Unk eventually performed it at the first annual BET Hip Hop Awards held later that year.

On October 3, 2006, DJ Unk released his debut album, Beat’n Down Yo Block! under Big Oomp and Koch Records. Recorded between 2005 and 2006, the crunk album’s production was handled by DJ Montay and the rapper himself. Over an hour in running length, it featured a number of well known southern rappers such as Dem Franchize Boyz, Baby D, and D.G. Yola. A successful followup to his initial single, the standard disc contained nineteen songs including Brand New Day, Hit the Dance Floor, Thinking of You, Fresh Dressed, This is How We Do, Smokin’ Sticky Sticky, Don’t Make Us, and Comin’ Down Da Street, among numerous others. In addition to the standard album, a deluxe edition was also made available; it contained two remixes of 2 Step, and Walk it Out as well as three music videos.

A relative commercial success, Beat’n Down Yo Block! peaked at number 109 on the US Billboard Top 200. On top of that, it also peaked at number twenty one on the US Top R&B and Hip Hop Albums Chart and at number eight on the Top Rap Albums Chart. It eventually spawned two additional singles, Hit the Dance Floor and 2 Step. Critical reception wise, reviews were generally mixed; although filled with swagger and charisma, some critics such as David Jeffries writing for Allmusic noted its abundance of fillers in the track list.

Released on March 13, 2007, 2 Step is DJ Unk’s second best-selling single to date. Written by DJ Montay and Anthony Shahid, the single came with eight tracks- including multiple versions (e.g. clean, explicit, a capella, instrumental) of 2 Step and Beat’n Down Yo Block. Shortly after its release, the single peaked at number twenty four on the Billboard Hot 100; it also reached number nine on the Hot R&B and Hip Hop Songs Chart, number four on the Hot Rap Tracks Chart and number thirty-two on the Billboard Pop 100. Accompanied by a music video co-directed by Will Horton and Dale Resteghini, it featured steps from the dance, “2 Step”.

The following year, DJ Unk released the single, Show Out in September of 2008. Produced by his friend DJ Montay, it came with an accompanying music video that featured cameos from Soulja Boy Tell ‘Em, V.I.C., Arab, and Chilli of TLC. Upon its release, it peaked at number forty six on the Billboard Hot R&B and Hip Hop Songs; it also reached number seventeen on the US Billboard Hot Rap Tracks. 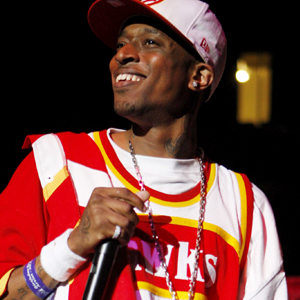 The next month, the rapper came out with his second full-length album entitled, 2econd Season. Comparable to his earlier work in terms of running length, its production was handled by Oomp Camp’s DJ Montay. Recorded in a year, the Southern Rap album boasted seventeen tracks including Like Wham, Beat Dat Azz, Where My Ladies At, You’re the One, Round & Round, Main Attraction, MAke You Movie, and That’s Right– a number of which featured guest appearances from artists such as Project Pat, Sandman, Three 6 Mafia, Ying Yang Twins, Sean Kingston, and D’Angel; three bonus tracks, Tear It Up, My Swag, and It’s About That Time were also released exclusively via iTunes.

Critical reception wise, 2econd Season garnered similar mixed reviews as its predecessor. Although critics lauded it for its consistent sounds, they also noted that there was a minuscule improvement in DJ Unk’s technique and flow. Having said that, the album still managed to reach the same US Charts- peaking at number 104 on the Billboard Top 200, at number fifteen on the Top R&B and Hip Hop Albums Chart and at number six on the US Top Rap Albums Chart.

In the summer of 2009, the rapper was rushed to hospital after experiencing difficulty breathing; it was later revealed that the twenty six year old had suffered from a mild heart attack. Following the event, DJ Unk revealed that the incident was mostly likely precipitated by a bad diet, and drug use; he was also quick to ensure fans that he was recovering well on social media. Considering it to be his wake up call, the rapper has since decided to adopt a healthier lifestyle- which means giving up both liquor and weed for the sake of his health.

From there, it wasn’t until the early 2010’s that the rapper returned to the music scene- and for good reason. In 2012, he dropped the single, Get Em Up, which was later followed by Trap It Out and Have a Toast (Feat. Louis Rocc) in 2013. More recently, he has also come out with the titles Wait (2014), and Alive (Feat. Erica Leigh) With Another Monster (2015).

From the looks of it, the Georgia rapper hasn’t come out with any new tracks since 2015. Having said that, he does appear to be participating in a number of events- for instance, he recently announced on his official Facebook page that he will be participating in the Megaplex Old New School Battle at Grown Folks Cafe in Atlanta, which is scheduled to take place on March 18, 2017.

Speaking of live performances, DJ Unk also took to the stage on March 2, 2017 for a live show at the Hysteria Club for Thirsty Thursdays. This past February, he was also a special guest performer at The 2 Step Shuttle Customer Appreciation Party, which was held at the Eclipze Night Club.

Sure he hasn’t recorded any new beats as of late, but it doesn’t look like he’s quite out of the picture yet- with all that he has going on. Will he be coming out with a new album anytime soon? Only time can tell.

If you’d like to keep in touch with the Atlanta-native, you can do so by following DJ Unk on social media- you can find him on Facebook at @DJUnk.