What Happened to Sasha Mitchell – Now in 2018 Update 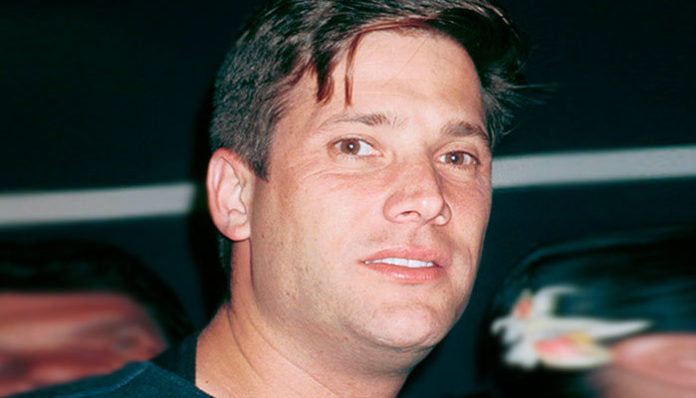 American actor Sasha Mitchell is probably best known by audiences for his portrayal of Cody Lambert in the sitcom, Step by Step. Born in the country’s entertainment capitol- Los Angeles, California, he started off his career as a model in the late 80’s- posing for Bruce Weber’s fashion photography. It wasn’t until he was in his late teens that he first began exploring the possibility of acting. At the age of nineteen, he made his small screen debut in the made for television film, Pleasures (1986), where he played alongside Tracy Nelson, Joanna Cassidy, and Linda Purl. Later that same year, he appeared in a TV series for the first time in an episode of St. Elsewhere (1986). Continuing to explore the actor in him, he went on to appear make his feature film debut in the action movie, Death Before Dishonor in 1987.

From there, he appeared in Rags to Riches (1987), Not Quite Human (1987), prior to starring in the comedy drama film, Spike of Bensonhurts in 1988. Following a couple more appearances on television, he received a big break when he was cast as one of the series regular in the romance drama series, Dallas (1989). Portraying the character of James Beaumont in the CBS series, it marked his first time playing a major role on television. One of the most popular primetime dramas of the late 80’s, it earned Mitchell much widespread attention during its long run on TV. Shortly after his time on Dallas, Mitchell received perhaps the biggest break of his career when he was cast as one of the lead protagonists in the ABC sitcom, Step by Step (1991). Playing as Cody Lambert, he starred alongside several big-name actors such as Patrick Duffy, Suzanne Somers, Staci Keanan, Angela Watson and Brandon Call, among many others. To date, the sitcom is perhaps one of his best known roles on television- despite the fact that it ended a decade ago.

Aside from his work on TV, the California-born actor has also starred in several motion pictures over the years. After making his debut in Spike of Bensonhurt in 1988, he starred in the action sport film, Kickboxer 2: The Road Back in 1991. Reprising his role as David Sloan in the movie, he later appeared in the sequel, Kickboxer 3: The Art of War (1992). From there, he took a two-year break from acting prior to returning in the film’s next instalment, Kickboxer 4: The Aggressor in 1994. Not long afterward, he was also cast as the lead male in the sci-fi horror flick, Class of 1999 II: The Substitute (1994). After spending most of the 90’s filming for Step by Step, Mitchell returned to the world of cinema in the crime drama thriller, Luck of the Draw (2000). Since then, he’s also appeared in Gangland (2001), The Failures (2003), Slammed (2004), EP/Executive Protection (2015), I Love You Both (2016), amongst several others.

So what has the actor of Step by Step fame been up to recently? Is he still actively shooting in front of the cameras? Assuming yes, what are some of the latest roles that he has picked up? What happened to Sasha Mitchell? Where is he now in 2018? 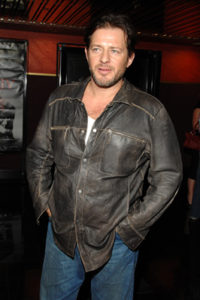 Born on July 27, 1967 in Los Angeles, California, Sasha Mitchell is the son of Sherwin and Renee Mitchell, the latter of whom worked as a manufacturer of clothing; the younger out of two siblings, he has an older sister named Marissa Mitchell and is of Russian and Jewish descent. Growing up in sunny Los Angeles, he spent most of his summers in New York City. An avid athlete as a teen, he took up kickboxing during his youth, an activity which he still enjoys to this day. Before entering the realm of show business as an actor, Mitchell worked as a model; more specifically, he posed for Bruce Weber’s fashion photography. It wasn’t until his late adolescent years that he first began pondering the idea of becoming an actor.

Eventually deciding to go for it, he auditioned for various roles and subsequently made his television debut in the TV film, Pleasures (1986) at the age of nineteen. Later that same year, he also made a small appearance in an episode of the drama, St. Elsewhere (1986). Striving to make a name for himself in the industry, he then went on to appear in Rags to Riches (1987), and Not Quite Human (1987) the following year. Branching out into the big screen, the aspiring actor soon made his motion picture debut in the comedy drama film, Spike of Bensonhurst (1988). From there, he appeared in a TV short called The Flamingo Kid (1989), and a made for television movie called Parent Trap: Hawaiian Honeymoon (1989), prior to receiving a major break with the ABC sitcom, Dallas (1989) later that year. 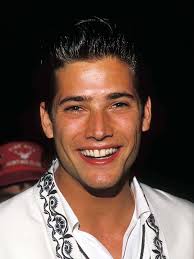 Created by David Jacobs, Dallas centred around an affluent, and feuding Texan family known as the Ewings, who own Ewing Oil, an independent oil company in Southfork, Texas. Mitchell’s first major role on the small screen, he played as James Beaumont, the first born illegitimate son of J.R.- the oldest son of Miss Ellie and Jock (played by Barbara Bel Geddes and Jim Davis respectively). First introduced halfway through season thirteen in an episode entitled, Sunset Sunrise, Mitchell’s character later appeared on-and-off throughout the series for a total of forty four episodes; he eventually made his last appearance in the twentieth episode of the fourteenth season.

Starring a varied ensemble cast, Dallas also featured the acting talents of Larry Hagman, Linda Gray, Victoria Principal, Charlene Titon, and Susan Howard. Distributed by Warner Bros. Television, the long-running sitcom originally premiered on April 2, 1978, although Mitchell didn’t join the cast until 1989. One of the longest lasting primetime dramas that run for a full-hour in the United States, it went on for a whopping fourteen seasons by the time it came to an end in the summer of 1991. Immensely popular among viewers, Dallas successfully drew in millions of audience members every week; not only that, but it also netted four Primetime Emmy Awards during its thirteen-year run. 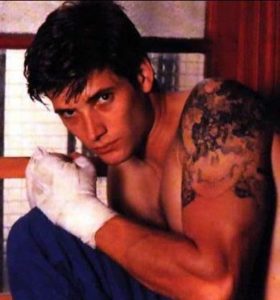 A couple of years later, Mitchell worked with director Albert Pyun in the martial arts film, Kickboxer 2: The Road Back. The first sequel to the original Kickboxer movie, it starred the actor as David Sloane- the last surviving brother of the film’s original lead character, Kurt Sloane. Following the events of the first film, which saw his brother defeating a Thai kick boxer named Tong Po, the latter seeks David out for revenge in the ring; much to his dismay however, he initially wants nothing to do with him. Aside from Mitchell, Kickboxer 2: The Road Back also starred Peter Boyle, Dennis Chan, Cary Hiroyuki Tagawa, John Diehl, and Michel Qissi.

Given a limited theatrical release in the United States on June 13, 1991, the film ultimately pilled in $1.2 million worldwide at the box office; it was later released on home video that winter. Although the movie garnered many positive reviews from contemporary critics and fans of the franchise, some viewers felt that it was subpar compared to the original 1989 original.

The following year, Mitchell reprised his role as sloan in the direct-to-video sequel, Kickboxer 3: The Art of War. Directed by Rick King, it followed the protagonist as he travels to Rio for a renowned kickboxing exhibition; while there at the event, he finds himself saving two youngsters. Aside from the actor, the film also starred Dennis Chan, Richard Comar, Noah Verduzco, and Ian Jacklin. Created on a production budget of $5 million, it was made available on September 4, 1992. Despite the performance of its all-star cast however, the films as ultimately not well received by critics. Two years later, Mitchell would reprise his role as the movie’s lead protagonist for the third and final time in Kickboxer 4: The Aggressor (1994). 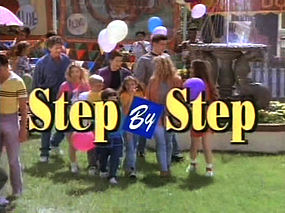 After having amassed a list of credits to his name, Mitchell received another big break when he was cast as one of the series regular in the ABC sitcom, Step by Step (1991). Developed by Robert L. Boyett and Thomas L. Miller, it centred around two single parents named Carol Foster-Lambert and Frank Lamber who get married spontaneously after meeting each other during a vacation. One of the show’s main characters, Mitchell played as Cody Lambert- Frank’s nephew who becomes a regular character in season two after appearing on and off during season one. Depicted as an intelligent and mature young teen, he appeared for a total of forty four episodes by the time of he left the show during season seven.

A Warners Production, Step by Step originally premiered on September 20, 1991 on ABC. Following a six-year run, the show was moved to CBS, where it remained until its end in June 1998. Hugely popular during its time on TV, it garnered numerous accolades including a Young Artist Award in 1999. In total, the long-lasting sitcom ran for 170 episodes, which spanned across seven seasons. Not only did the show boost Mitchell’s already soaring popularity at the time, but it remains to be one of his most well remembered portrayals to this date, right beside Dallas.

Following the end of his breakthrough series, Mitchell began focusing his attention toward film. In 2000, two years after the end of Step by Step, he appeared in the crime thriller, Luck of the Draw. A year later, he co-starred in the action movie, Gangland alongside Kathleen Kinmont and Costas Mandylor. Continuing to appear in various productions on the big screen, he went on to partake in The Failures (2003), Dickie Roberts: Former Child Star (2003), and Slammed (2004) in the 2000’s. After appearing for a four-episode arc in the popular medical drama, ER between 2004 and 2005, he took a prolonged break from the acting scene before returning in the 2010 adventure film, Abelar: Tales of an Ancient Empire.

This year, the actor will be co-starring in a number of films including the sci-fi action movie, Cyborg Nemesis: The Dark Rift (2017). Just recently announced, it will also be featuring the talents of Steven Seagal, Olivier Gruner, Paige Lauren Billiot and Joei Fulco.

Another project that he’ll be starring in is the thriller, Algiers (2017). While the premise of the plot has not yet been released, we do know that it will be filmed in Almeria, Andalucia, on a production budget of $3 million. In addition to Mitchell, the cast will also consist of Ward Wallace and Michael A. Tushaus.

Finally, the 49-year-old actor will also be appearing in an upcoming comedy flick called, Drunk Parents (2017) which is set to premiere in the Netherlands on September 7, 2017 (presumably it will be released in the United States later on in the year).

If you’d like to stay up to date and connected with the star of Step by Step fame, you can do so by following him on social media- you can find Sasha Mitchell on Twitter at @sasha727.