What Happened to the YoungBloodZ – What Are They Doing Now? 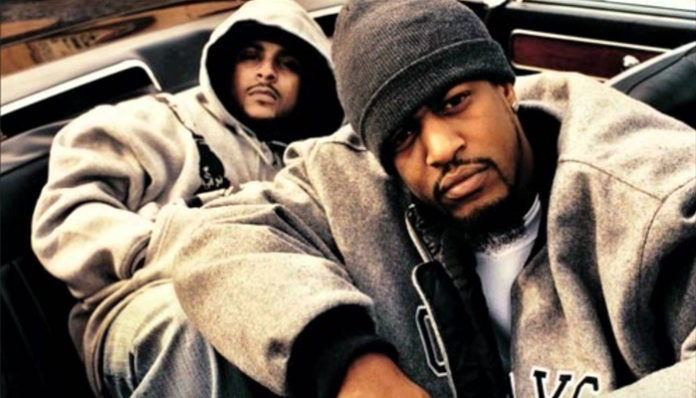 The Southern hip hop duo, YoungBloodz first broke into the music world with their 1999 debut album, Against da Grain. Formed in 1997, they are made up of two members- Jeffrey Ray Gregsby aka “J-Bo” and Sean Paul Joseph aka “Sean P”. After crossing paths in middle school, the pair of wannabe rappers decided to leave their individual rap groups to create YoungBloodz. Going on to perform in the local rap circuit, they eventually became affiliated with an Atlanta rap posse known as the Attic Crew. From there, it wasn’t long before their talents were noticed by an A&R executive; impressed by the youngsters’ work, he soon signed them onto the LaFace recording label. Heading off to the studio, J-Bo and Sean P later released their first full length album entitled, Against Da Grain in the fall of 1999. For their debut work, it ended up being a moderate success, having reached both the Top R&B Albums and Billboard Top 200 record charts.

A few years after their initial endeavor, YoungBloodz followed up with a second album dubbed, Drankin’ Patnaz. Their most successful release to date, it not only proved to be a chart topper, but it has since also gone gold in the United States, having sold more than 500,000 copies. In 2005, the hip hop duo released their third and final album to date, Ev’erybody Know Me, which also charted in the US. While they haven’t come out with any new music, they did go on to release a compilation album entitled, Still Grippin’ the Grain: The Best Of in November of 2006. As far as singles go, they’ve dropped several throughout the 2000’s including Cadillac Pimpin, Damn! (Feat. Lil Jon), Lean Low, Datz Me, Chop Chop, and Ridin’ Thru Atlanta (Feat. T.I.). Speaking of collaborations, YoungBloodz has also worked with Pastor Troy, Three 6 Mafia, Lil Scrappt, Kelly Rowland, Cassidy, Baby D, and Teflon, to name a few.

A recognized pair within the hip hop realm, YoungBloodz has earned a number of accolades in the past- for instance they’re received three Billboard R&B/Hip Hop Award nominations (e.g. Top Rap Tracks, Top Singles), and a Source Award win for Single of the Year, among three nominations. Over the past decade, their music has also been featured in several films such as Torque (2004), xXx 2: The Next Level (2005), In the Mix (2005), Take the Lead (2006), ATL (2006), and Step Up (2006). In 2006, the duo even appeared on the big screen in the popular horror film, Scary Movie 4. Aside from that, they’ve also made a couple of appearances in the TV shows Player$ (2004), Soul Train (2006).

What has the Georgia-based hip hop duo been up to since then? Are they still recording together to this day? What’s on their current schedule? Can fans expect to see any new material from them this year? What about television appearances? What happened to YoungBloodz? Where are they now in 2018?

The History and Early Career of YoungBloodZ 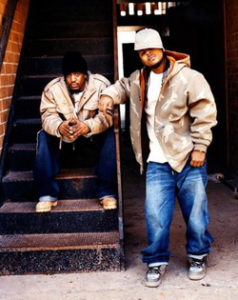 The Southern hip hop duo consists of two members- Jeffrey Ray Grisgby “J-Bo”, and Sean Paul Joseph “Sean P”. As young teens, they first met while attending Miller Grove Middle School, although J-Bo is one year older. Befriending over their mutual love of music, they eventually decided to form their own duo, leaving their respective rap groups to do so- thus, YoungBloodZ was born. Claiming that rapping is easier than conversation, the two boys started to get involved with the local hip hop scene, performing wherever they could. Soon, they had joined a rap collection known as Attic Crew’s with a few friends. Continuing to hone their skills over the next few months, it wasn’t long until their talents were noticed by an A&R executive.

Contacted by said executive, the two parties eventually met during which YoungBloodz showcased their skills. Impressed by the work of the youngsters, the A&R PA eventually signed the pair onto the Georgia-based LaFace recording label. With that, they wasted no time on working on their debut; heading off to the studio, they began to record songs for their first album. After two years of work, YoungBloodZ came out with their debut single dubbed, U-Way (How We Do It) in 1999; it was later followed by their long awaited studio album, Against da Grain.

YoungBloodZ’s Musical Releases Throughout the Years 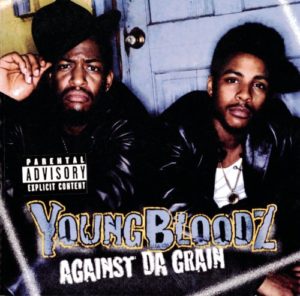 On October 12, 1999, the Southern rap duo dropped their first full length album entitled, Against da Grain. First recorded in 1998, it featured the production of Montez Harris and Attic Crew Productions. Released through LaFace and Epic Records, it came with fifteen hip hop tracks including the titles Get It How We Get It, Just a Dream, Thangs Movin’ Slow, Shakem’ Off, 6 to 14 in 12, 87 Fleetwood, and Booty Club Playa.

Showcasing a collection of smoothed out beats, Against da Grain received mostly positive reviews from critics upon being released in stores. Although it didn’t bestow instant fame upon YoungBloodz, the title did successfully reach two record charts- the US Billboard Top 200, where it peaked at number 92 and the Top R&B and Hip Hop Albums where it peaked at number twenty one. By the beginning of 2000, the album had spawned two singles, U-Way (How We Do it), and 85 (Feat. Jim Crow and Big Boi), both of which found its way onto the Top R&B Songs chart.

Four years after their initial release, YoungBloodz came out with their second studio album, Drankin’ Patnaz. Their first record with the Arista and So So Def label, its production was handled by Montez Harris, Jazze Pha, and Lil John. Incorporating elements of crunk into hip hop, the album included sixteen titles including Cadillac Pimpin, Mind on My Money, Lane to Lane, My Automobile, Watchu Lookin’ At, and No Average Playa; a handful of tracks also featured the vocals of artists Backbone, Killer Mike, Lil Jon, and Jazze Pha.

The pair’s most successful album to date, Drankin’ Patnaz was met with critical acclaim. Not only did it receive rave reviews from YoungBloodz’s established fan base, but it also garnered positive ratings from critics who lauded it for its incredibly high production values and bass beats; for instance Jason Birchmeier writing for Allmusic awarded the album four out of five stars. Chart-wise, it eventually reached number five on the Billboard Top 200 and number one on the Top R&B Albums Chart- making it their best-charting album. Drankin’ Patnaz has since been certified gold after exceeding 1,000,000 in sales.

Similar to their debut effort, the album also spawned three singles- among which is their hit title, Damn! (feat. Lil Jon). Easily their most popular song to date, it contained two different versions- a radio edit and the standard album version. Produced by Lil Jon who also makes an appearance in the track itself, it ended up peaking at the fourth position on the Billboard Hot 100, at the second position on the Hot Hip Hop Singles & Tracks Chart and at the top of the Hot Rap Tracks Chart. Currently, it is YoungBloodZ’s only top ten hit. 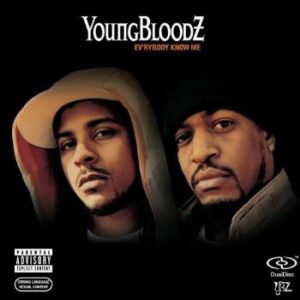 Two years later, the Georgia-based duo released their third and final album, Ev’rybody Know Me. A compilation of new rap and crunk tracks, its production was overseen by Jazze Pha, Mannie Fresh, Lil Jon, Rico Love, and Scott Storch- many of whom they’ve worked with previously. Among the track list were the titles Diamond Rings, Sum’n Like a Pimp, Play Ur Position, Spending Some Change, What the Biz, and Xcuse Me Shawty. Similar to their previous works, it also included guest appearances from other artists such as Scott Storch, Lil Scrappy, Mannie Fresh, Daz Dillinger, Ben Hated, Akon, Mr. Mo, and T-Boz.

Although it didn’t surpass the success of its predecessor, it did manage to settle respectively on the US music charts- having reached number forty four on the Billboard Top 200, number seven on the Top R&B and Hip Hop Albums chart and number four on the Top Rap Albums chart. Awarded three out of five stars by Allmusic, it eventually went on to produce three singles, Datz Me (Feat. Young Buck), Presidential, and Chop Chop, all of which charted in the United States.

In the fall of 2006, YoungBloodz came out with their first and only compilation album dubbed, Still Grippin’ tha Grain: The Best Of through Epic and La Face Records. Produced by Mario, it contained fourteen of their most popular tracks including Mind on MY Money, Cadillac Pimpin, Damn!, Datz Me, Shakem’ Off, 85/Billy Dee, Lean Low, Hustle, and Ev’rbody Know Me. So far, it is their latest album release.

While they haven’t come out with any other albums since, the two friends have collaborated with a number of artists on various singles in the late 2000’s. For instance, they were featured in Messy Marv’s Bagg Up, Bone Crusher’s Wood Grippin, Berner’s We Got It, Cassidy’s Pop It For That Paper, Baby D’s Put Em Up, and EDIDON’s Attitude.

YoungBloodZ on the Small Screen

In 2004, the pair made their first television appearance as themselves in an episode of the music TV program, Player$. Two years later, they went on to appear in the popular music talk show, Soul Train in 2006. From there, it wasn’t until 2013 that they returned to the small screen in the TV special, So So Def All-Star 20th Anniversary Concert.

Outside of reality television, they’ve also appeared in a couple of acting roles- unbeknownst to some. In 2006, the same year as the release of their compilation album, they made a cameo in the comedy horror film, Scary Movie 4. Later that same year, YoungBloodZ also made a small appearance in the animated TV series, The Roaches (2006).

The Duo’s Brief Run-in with the Law

In the summer of 2006, both Sean P and J-Bo were arrested on weapons and drugs charges in their native Atlanta. According to reports, they were caught in a traffic stop that involved an expired license plate-bearing tour bus.

Despite this, all of the charges were later dropped- which wasn’t too surprising as the two had never brushed in with the law prior in the past.

Although the duo hasn’t officially disbanded, they haven’t released any new music for many years now, much to the disappointment of fans. Instead, it seems that they’ve gone on to work on their separate projects.

For instance, Sean P. recently performed in Atlanta, Georgia this past January. He is currently also the CEO of Cornerstone Entertainment, the same that hosted the “Juicy Feat. Sean Paul of YoungBlododz” event. If you’d like to catch up on his recent projects, you can drop by his official Twitter account at @Seanpaul_YBZ or his Instagram at @seanpaulyoungbloodz.

As for J-Bo, not much is known about his recent projects as he doesn’t seem to be as active on social media as his music partner.

The Southern hip hop duo also has a Youtube account at @YoungBloodzVEVO that you can check out, although it hasn’t been updated in a while.